The 10 Most Expensive Concert Tickets 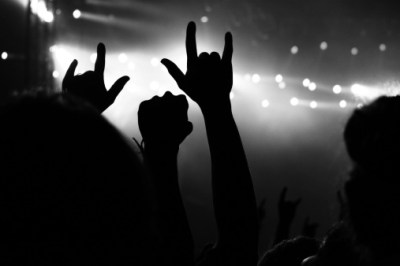 Source: Thinkstock
Iconic rock bands are in demand more than ever and are commanding ticket prices at least as expensive as the hottest current artists. Five of the top 10 bands with the most expensive average concert ticket prices in 2013 were older bands.

According to TiqIQ, classic rock bands such as The Rolling Stones, The Eagles and Fleetwood Mac commanded ticket prices ranging from $624 to $241 in 2013. Among these aging artists, fans paid the most to see The Rolling Stones and the least to see one of the last remaining Beatles, Sir Paul McCartney.

The remaining artists with the highest ticket prices were relatively newer artists, such as Justin Timberlake and One Direction. Seeing these performers live on stage last year would have set a fan back some $241 to $461.

TiqIQ CEO Jesse Lawrence told 24/7 Wall St. that the newer bands are seeking to monetize their current popularity. “One Direction has been touring for three years straight, and their strategy is to ‘monetize while you can,’ because their star power may have faded during the year.”

Lawrence added that another factor that could hike up concert ticket prices for the older bands, such as The Eagles, is that they could be touring for the last time. “The Eagles obviously haven’t recorded an album for a while, but they have new-found popularity that they are trying to monetize,” Lawrence said. This tour might be their last, and “that could have a more profound impact on their concert ticket prices.”

Six of the top 10 performers were also among the richest in 2013, in terms of gross revenue, according to Forbes. Three of the top five newer bands released top-selling albums in 2013, and also had three top songs that year.

Unlike last year’s top artists, which included many classic rock performers, this year is shaping up to be very different. For the 2014 concert schedule, there are only three “classic” performers whose ticket prices make the top 10 — Bruce Springsteen, George Strait and, for a second year in a row, The Eagles. Instead, more contemporary performers — like Jason Aldean, Bruno Mars, and Katy Perry — are dominating the 2014 list.

To identify the 10 most expensive concert ticket prices in 2013, 24/7 Wall St. reviewed data supplied by secondary market ticket resource TiqIQ. The average concert price includes the premium paid for purchasing a ticket in the secondary market. We also examined how much money each artist made based on data from Forbes. Data on total records sold was taken from the Record Industry Association of America. We also looked at each artist’s last albums and downloads using data from Billboard and, when applicable, where each album ranked in terms of sales in 2013

These are America’s most expensive concert tickets.