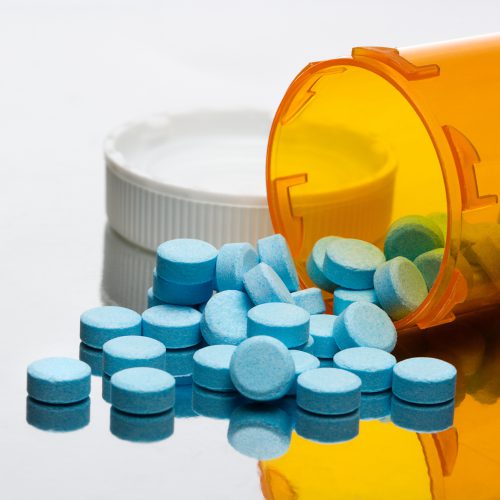 Fatal drug overdoses are on the rise in the United States. Specifically, deaths from heroin and other opioids have increased to the point that public health officials are calling it an epidemic. Roughly 47,000 people died of drug overdoses in 2014, the highest on record. Drug overdoses now kill more Americans each year than either automobile accidents or guns.

While few states have been immune to the alarming increase in overdose deaths in recent years, it is an even more serious problem in some parts of the country. Nationally, there were 14.7 drug deaths per 100,000 people in 2014, according to data from the Substance Abuse and Mental Health Services Administration. The drug overdose death rate was greater than 20 deaths per 100,000 people in 10 states, including West Virginia, where more than 35 people died of a drug overdose for every 100,000 residents — the worst rate in the country.

Heroin and opioid overdoses account for 62% of all drug deaths, and in states with the highest rates of fatal overdoses, opioids represent a disproportionately large share of drug abuse. In seven of the 10 states with the highest overdose rates, at least 40% of all people who are admitted for substance abuse treatment in a given year are addicted to heroin or other opioids, whereas the proportion is less than 25% in the majority of states.

One major cause of the recent opioid epidemic has been an increase in the abuse of prescription painkillers. Since 1999, deaths due to prescription opioids have quadrupled and today account for at least half of all opioid deaths in the United States. Many Americans first think of cocaine, heroin, crack, and methamphetamines as the biggest problem substances in this country. However, opioids other than heroin such as vicodin, oxycodone, and morphine account for between 20% and 30% of all admissions for substance abuse treatment in a number of states.

High overdose death rates afflict poor, rural places, with relatively low educational attainment just as much as they are found in wealthy, urban, more educated populations. At least on the state level, a community’s drug overdose problem is not as closely tied to social and economic conditions as many other health outcomes, such as heart disease, obesity, and cancer are.

To determine the states with the most drug overdoses, 24/7 Wall St. reviewed drug use, treatment, and overdose deaths rates per 100,000 people, from the Substance Abuse and Mental Health Services Administration, for 2014 and previous years. In addition, we considered the share of adults reporting some form of mental illness in the past 12 months, also from SAMHSA. From the FBI’s Uniform Crime Report,  we reviewed drug arrest rates for 2014 and previous years.