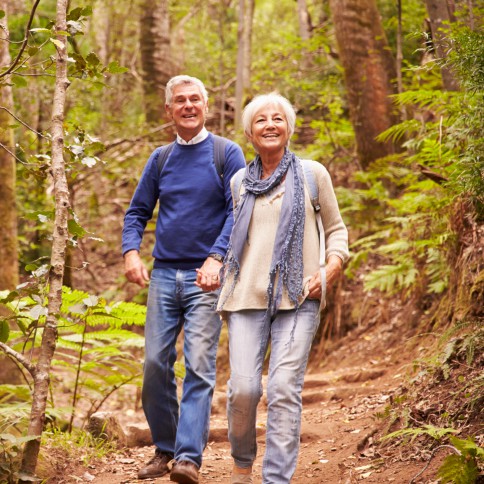 Source: Thinkstock
Americans are living longer than they ever have before, as life expectancy has risen in recent years to 78.5 years. While the nation’s life expectancy has improved, the country gained ground much slower than most high-income nations. U.S. life expectancy still ranks below more than 30 other countries, including Slovenia, Chile, and Portugal.

While the nation lags behind many higher-income nations in longevity, there are parts of the country where the typical person will live to be significantly longer than the nationwide average. Residents born in 17 counties across the U.S. can expect to live to be at least 82 years old. The average person born today in Montgomery County, Maryland, will live 83.3 years, the longest life expectancy of any county in the United States.

A number of factors contribute to life expectancy, but by far the strongest indicator is affluence. In all but one of the 17 counties with life expectancies of at least 82 years, the median household income is higher than the national median of $53,482. Virginia’s Loudoun and Fairfax counties, the two wealthiest U.S. counties, have among the longest-lived residents.

Click here to see the 17 counties where people die old.

Click here to see the 37 counties where people die young.

Individuals born into wealthier families can afford healthier food, have more exercise opportunities and medical treatment available to them, and are likely less exposed to physical and mental stress.

The benefits granted to life expectancy by higher incomes are not limited to personal wealth. Lower-income residents living in more affluent communities have been shown to live longer. This may be due at least in part to these individuals having access to better schools, healthy food choices, and medical facilities.

While a number of factors contribute to infant mortality — many of which are not preventable — the health and habits of the mother are are chief among these. For this reason, the previously mentioned factors that result in a generally healthier population of adults in these areas also likely result in lower infant mortality.

To determine the counties where the most people live the longest, 24/7 Wall St. reviewed life expectancy data on a county level from the Institute for Health Metrics and Evaluation for 2010. Additionally, we considered median household incomes, from the United States Census Bureau’s 5-year American Community Survey. Infant mortality figures, as well as mortality data for various age groups, were based on five-year estimates from 2009-2013, and are from the Centers for Disease Control and Prevention’s National Center for Health Statistics.