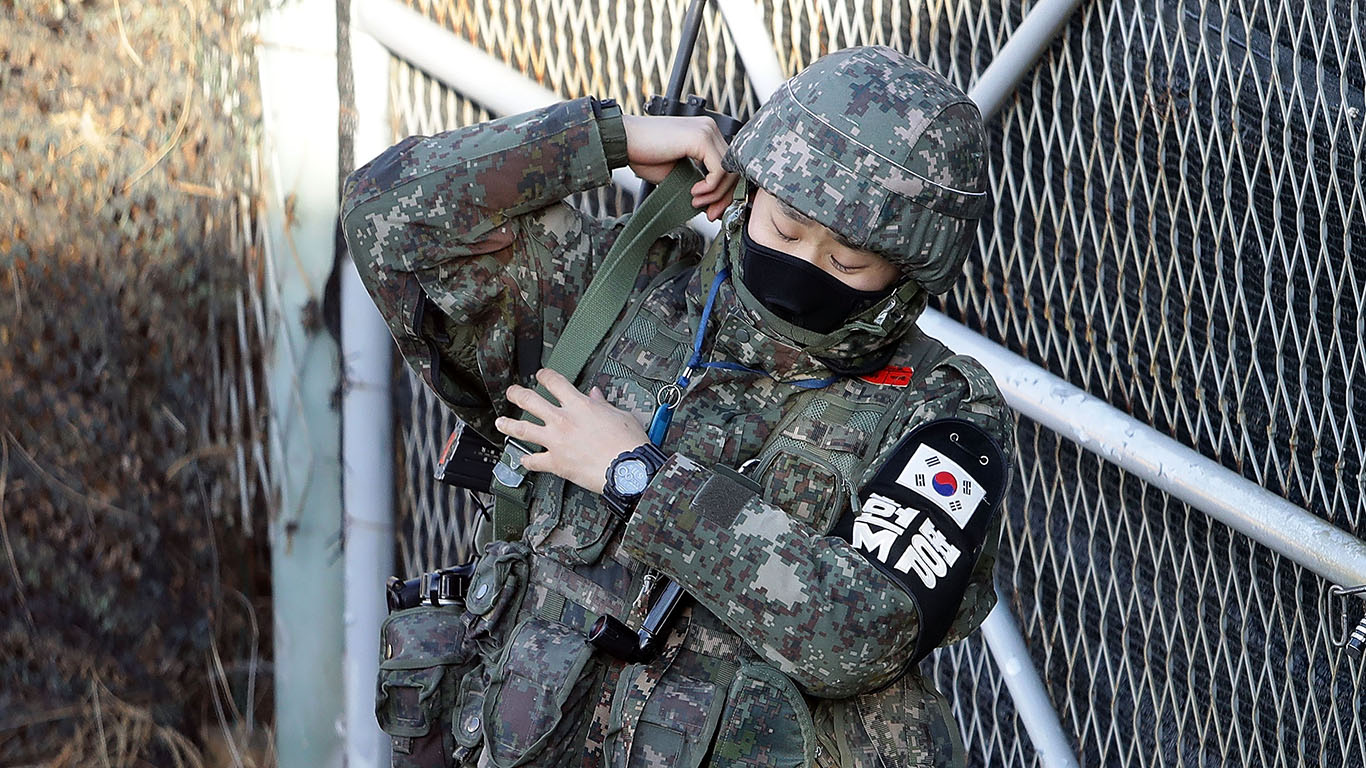 Still technically at war with its neighbor to the North, South Korea maintains a well-funded military. The country spent $39.2 billion on its military in 2017. South Korea requires men to serve in the armed forces for at least 21 months. Aggressive North Korean behavior, through displays such as missile testing, has been on the rise in recent years following the ascension of Kim Jong-un, but recent peace talks between the North and South offer renewed hopes for peace. 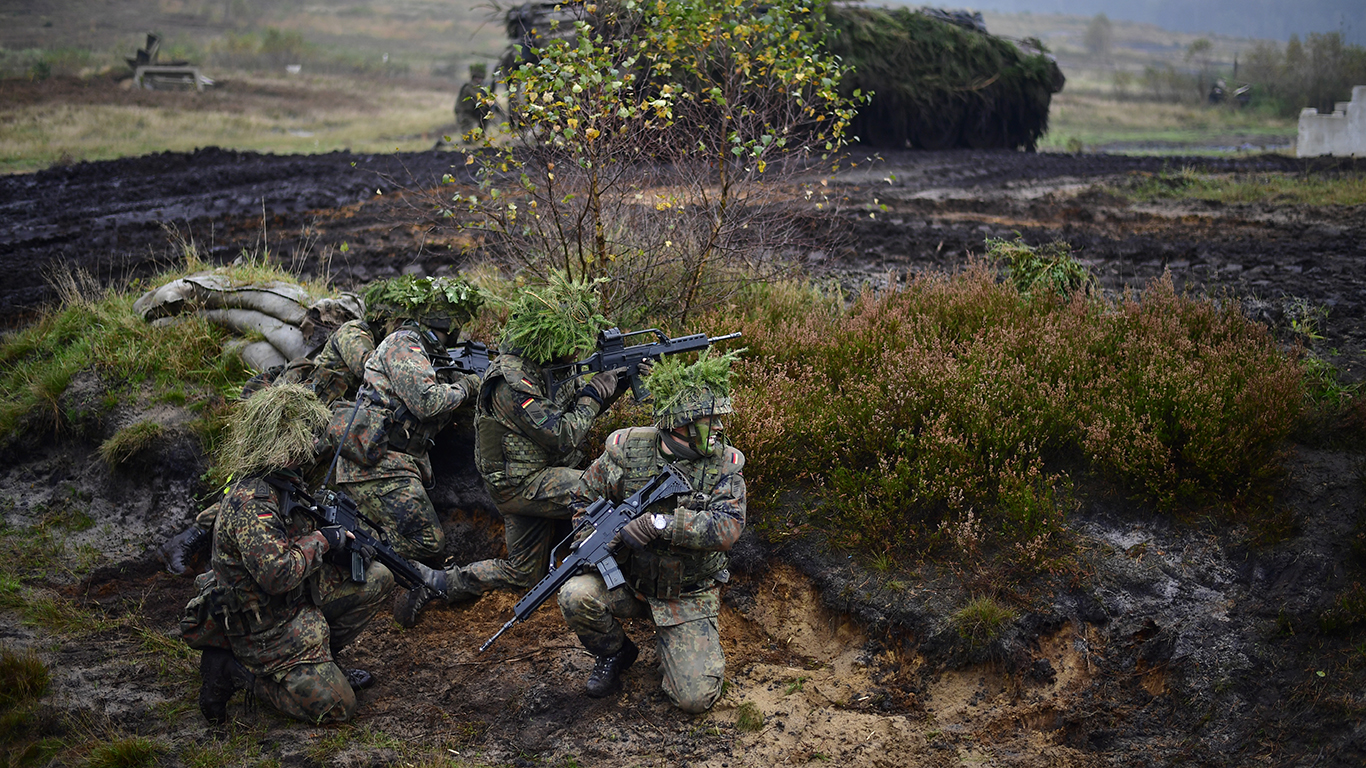 Though Germany is Europe’s largest economy, it ranks behind countries like France and the U.K. in overall military spending. Germany spends 1.2% of its GDP on its armed forces, one of the lowest percentages among countries spending the most on their militaries. For context, France spends 2.3% of its GDP on the military, nearly double what Germany spends. 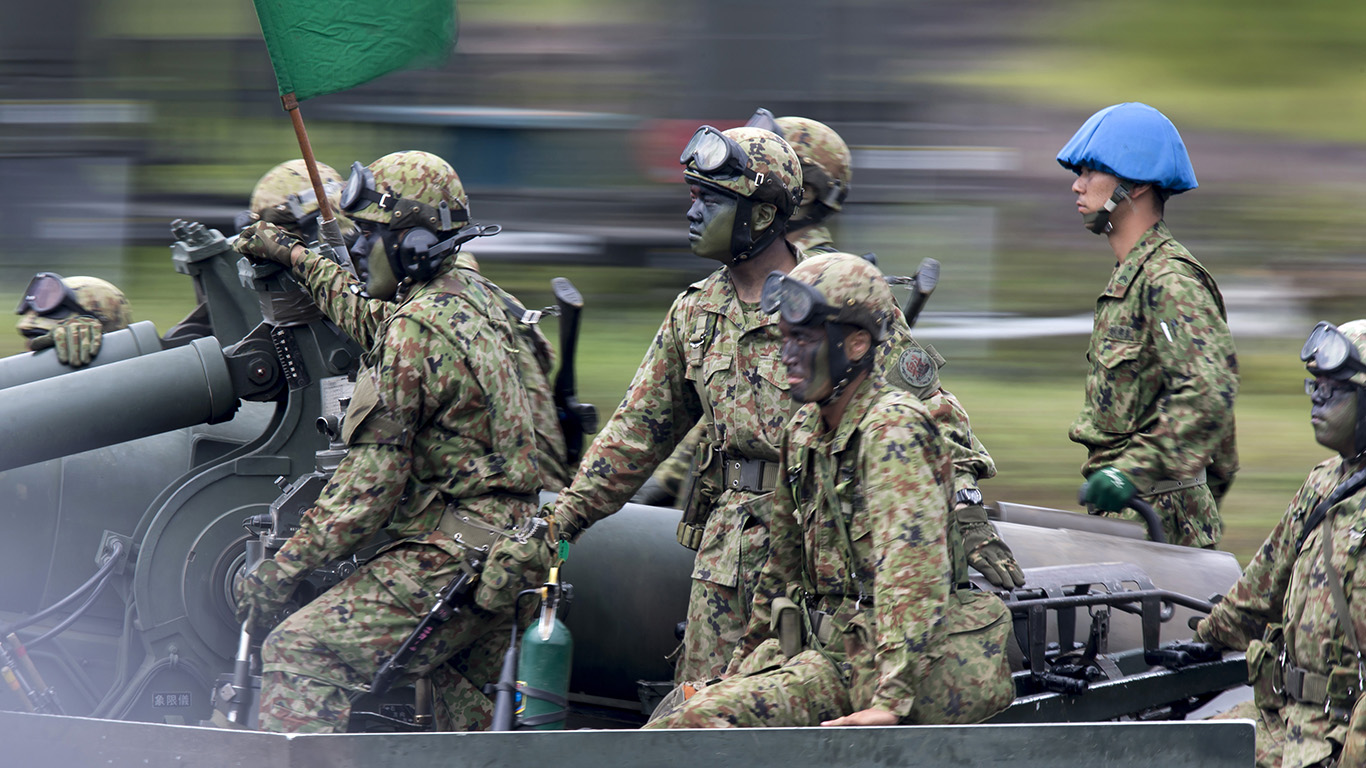 Japan’s more than $45 billion military budget in 2017 accounted for less than 1% of its GDP that year. Of the 15 countries spending the most on their armed forces, Japan’s military expenditure as a percentage of its GDP, at 0.9%, is the lowest. Japan is a close military ally of the United States, and it hosts several U.S. military bases. However, the U.S. base in Okinawa is a source of contention between the two countries. 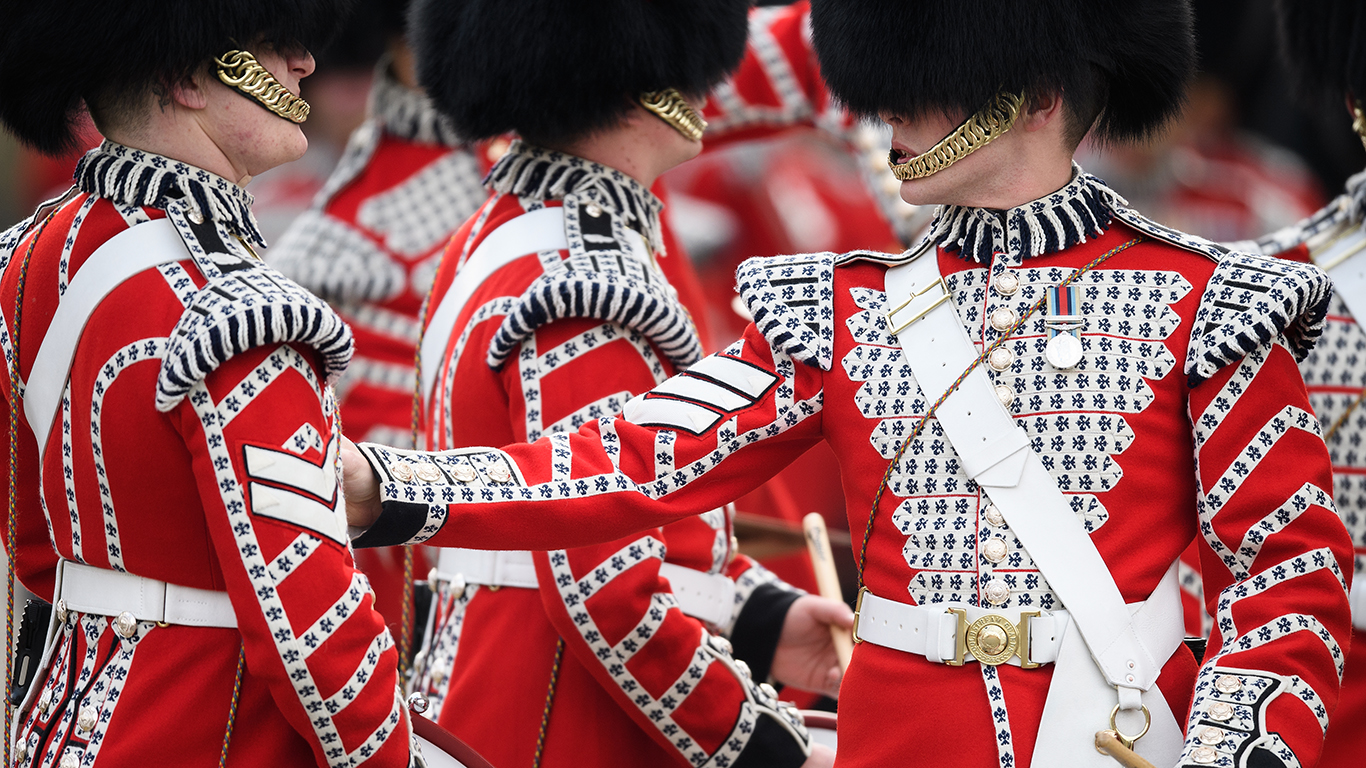 As a world leader and a key member of NATO, the U.K. military plays a crucial role in the transatlantic alliance. The U.K. government reduced its military spending as the Iraq War drew to a close, but the country announced in 2016 its intention to meet the NATO guidelines for its member nations to spend 2% of their GDPs on their militaries. 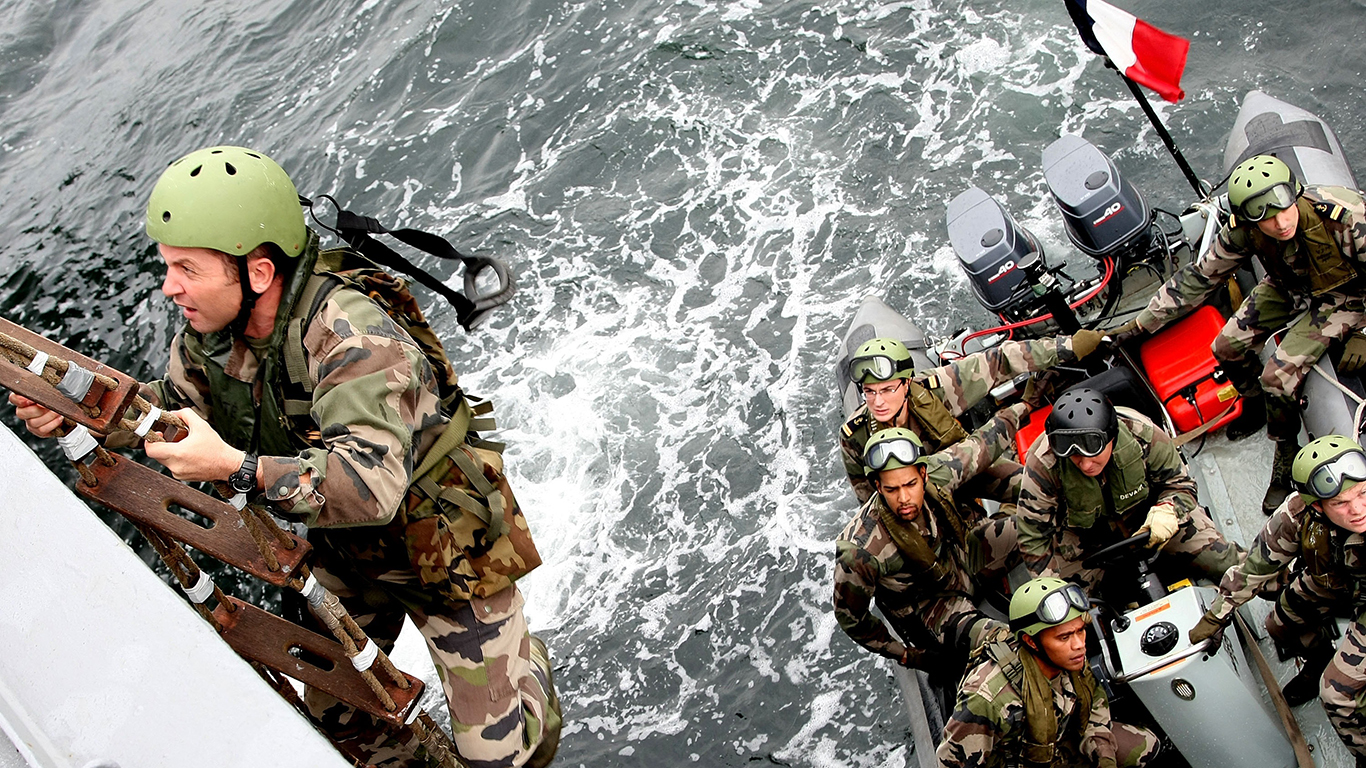 The French military has continued to grow, largely in reaction to several recent terrorist attacks in the country. Thousands of French armed forces members now patrol the streets of major cities like Paris to deter and defend against any further attacks. France spent $57.8 billion on its military in 2017, well above any other European country. Its military spending amounts to 2.3% of its GDP and is above the NATO spending guideline of 2% of GDP.