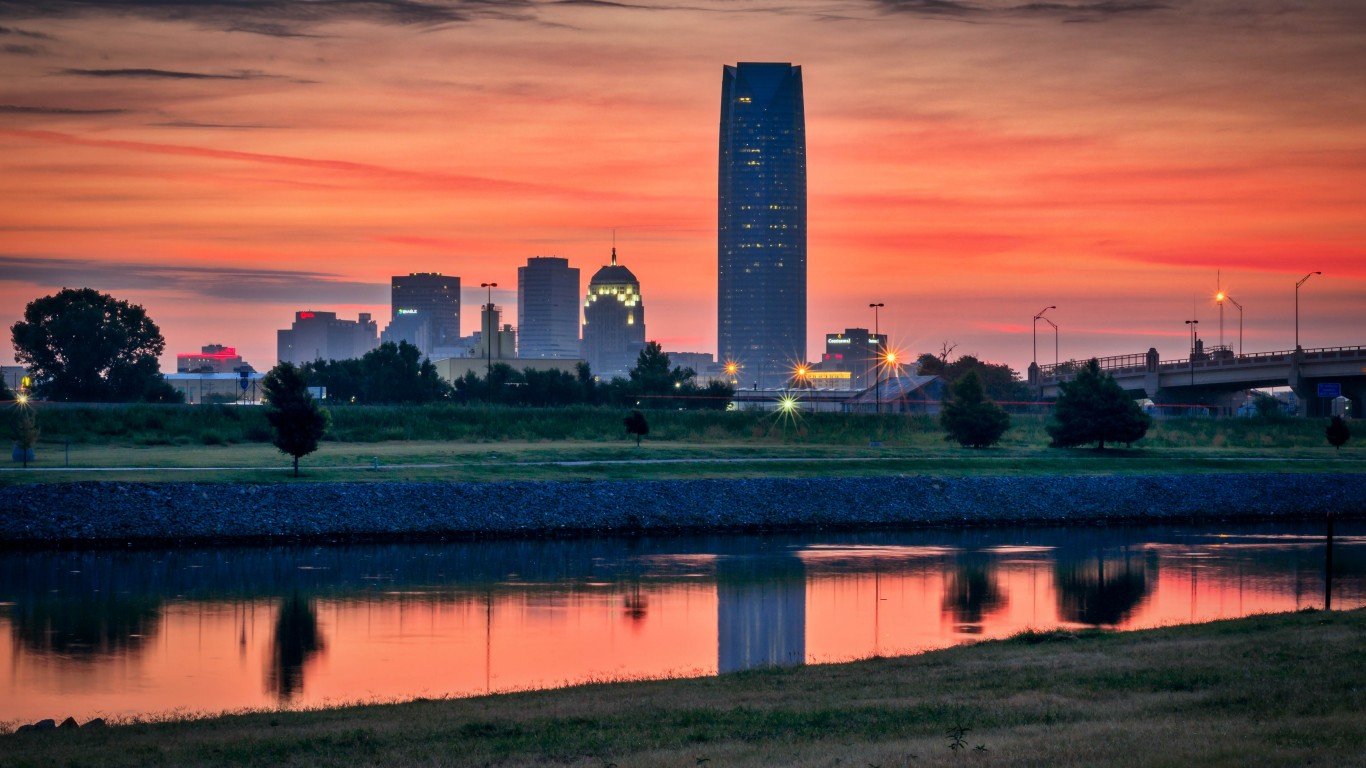 None of the four metropolitan areas in Oklahoma — Oklahoma City, Enid, Tulsa, and Lawton — are healthier than the average American city. The Oklahoma City-area still holds major health advantages over the other three. While the area’s premature death rate of 414 deaths per 100,000 residents is well above the national rate of 363 per 100,000, it is still the lowest in the state by far. 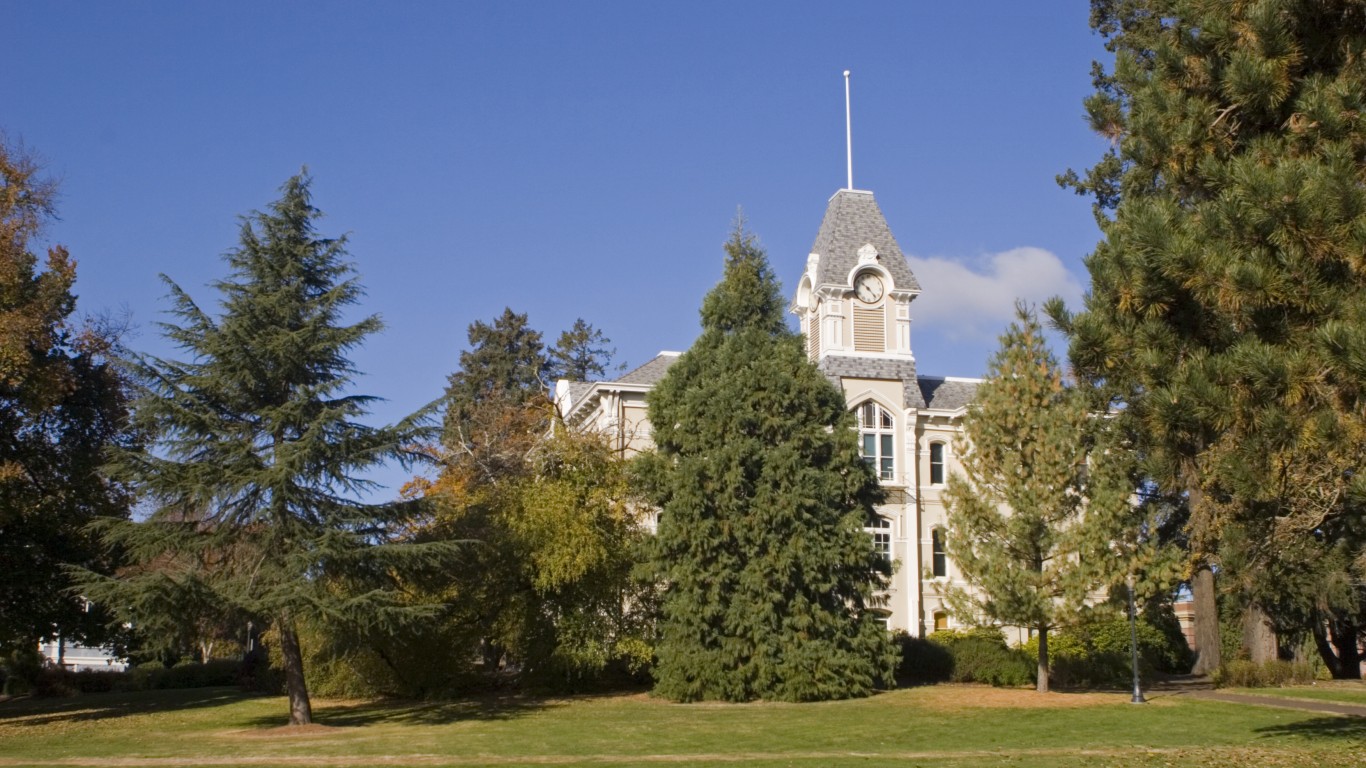 The rate of underweight births in an area is often a good indicator for the health of a population and the quality of regional medical care. Babies born in the Corvallis, Oregon metropolitan area are the least likely to be born underweight of any area in the U.S. Just 5.4% of Corvallis-born babies are below the 2,500-gram (about 5.5-pound) threshold that is considered healthy. The U.S. average is 8.0%. Babies born at a healthy weight are less likely to face complications as a newborn, as well as other health challenges in the future.

Corvallis has a premature death rate of 229 deaths per 100,000 residents, the lowest in the state of Oregon and lower than all but a handful of other places in the country. Only 79.1% of Corvallis residents reported having a place to exercise, which is below the national rate of 83.0%. However, that did not stop them from getting physical activity. Some 11.1% of Corvallis area adults got no leisure time activity, the third-lowest rate nationwide and by far the lowest in Oregon. 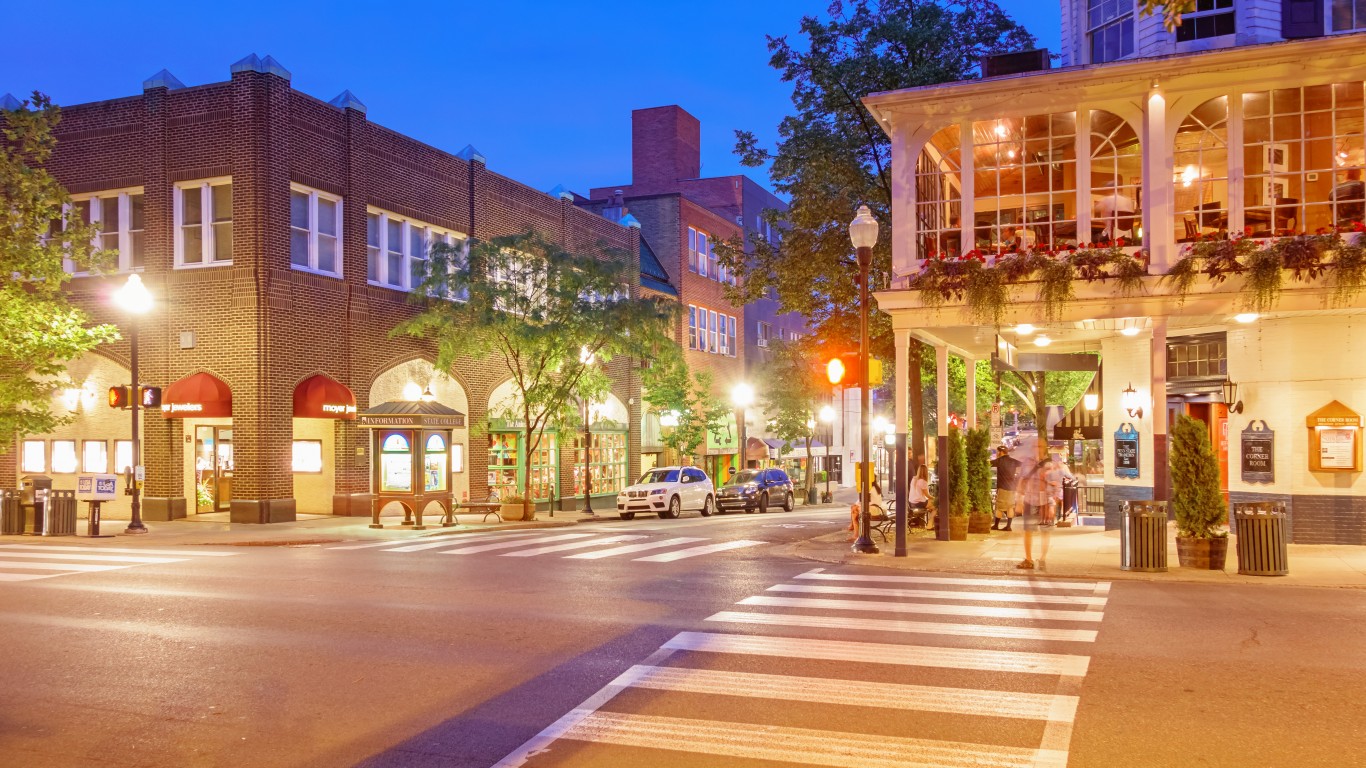 State College area residents are much more active than those in the rest of Pennsylvania. Just 17.3% of adults in the area got no physical activity in their leisure time. By comparison, all other major metropolitan areas had an inactivity rate above 22.0%.

Babies born in the State College area are much less likely to be born underweight than those other in other metro areas in the state and country. The low birth weight percentage in State College is 5.9%. The next lowest rate in Pennsylvania is 7.0% and the U.S. rate is 8.0%. 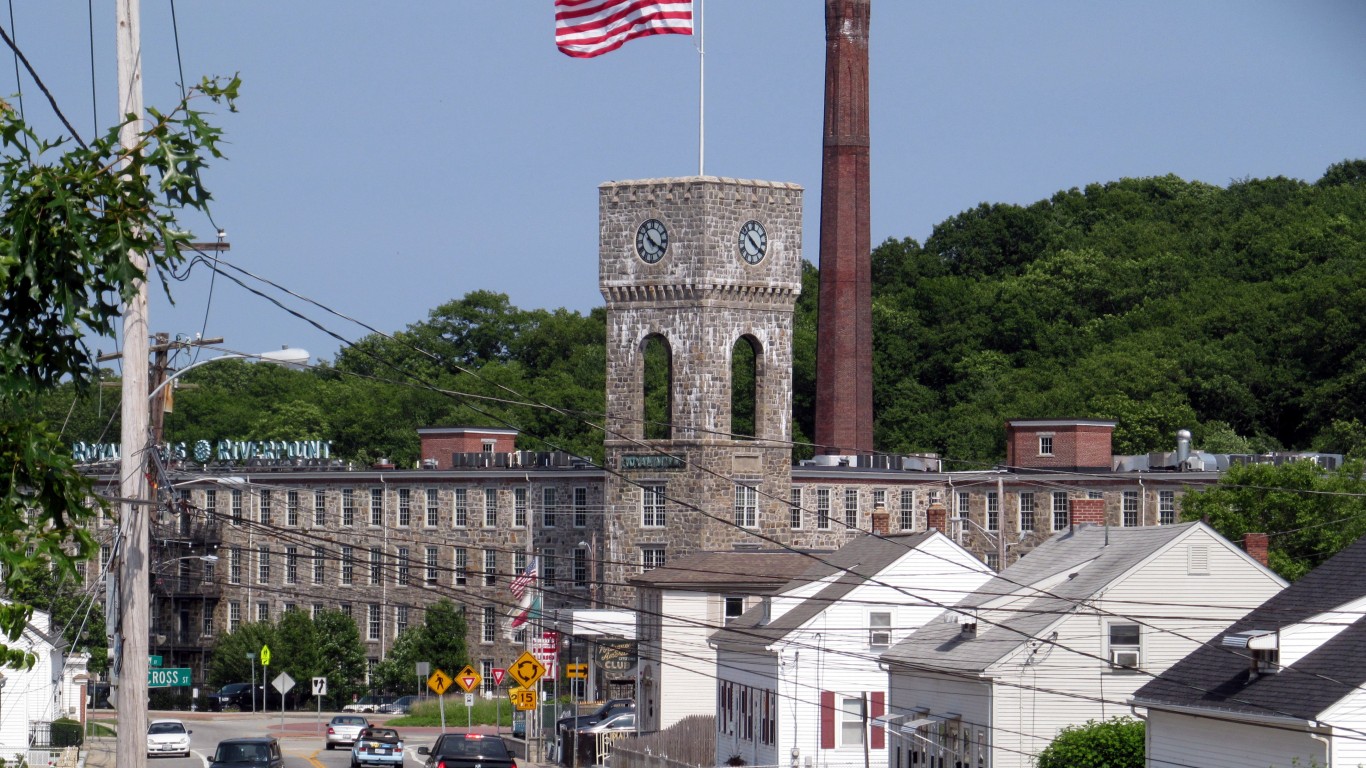 The Providence area has an obesity rate of 27.9%, just below the U.S. obesity rate of 28.0%. The smoking rate in the area, 16.2%, is also just slightly lower than the U.S. rate, 17.0%. Adults in the Providence area tend to feel better than the average American adult. Some 14.5% of adults in the area feel that they are in either fair or poor health, whereas 16.0% of American adults feel the same. 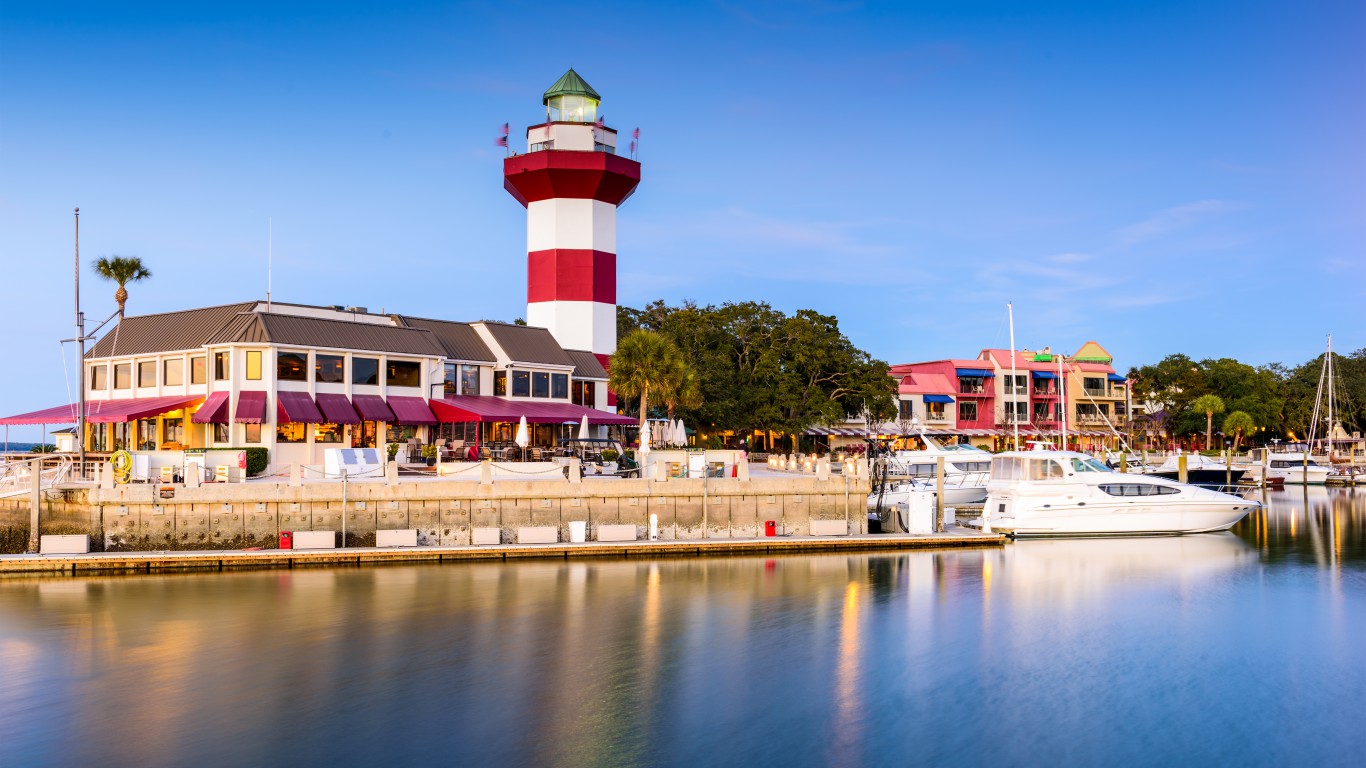 Of the eight major metropolitan areas of South Carolina, the Hilton Head Island-Bluffton-Beaufort area is the only one which ranks as one of the healthier places in the country. The area also has the lowest premature mortality rate by a significant margin. Just 273 residents per 100,000 died prematurely. The next lowest rate was Charleston with 349 deaths per 100,000 residents.

The average Hilton Head Island area resident had 3.5 physically unhealthy days in the last month, making it the only area of South Carolina with fewer than 3.7, the national average. A quarter of Hilton Head Island area residents are obese, making it the only place in South Carolina with an obesity rate below the 28.0% national average.