Home values can often reveal how much of a financial commitment people in an area are able and willing to make. Washington’s median home value of $339,000 is the fifth highest in the country and more than $120,000 above the U.S. median. Having a lower unemployment rate is often a sign of a strong economy, as a greater share of the labor force is earning money and better able to support themselves and their families. Yet despite its high median income and low poverty rate, Washington has one of the higher unemployment rates in the country at 4.8%. The U.S. unemployment rate is 4.4%. 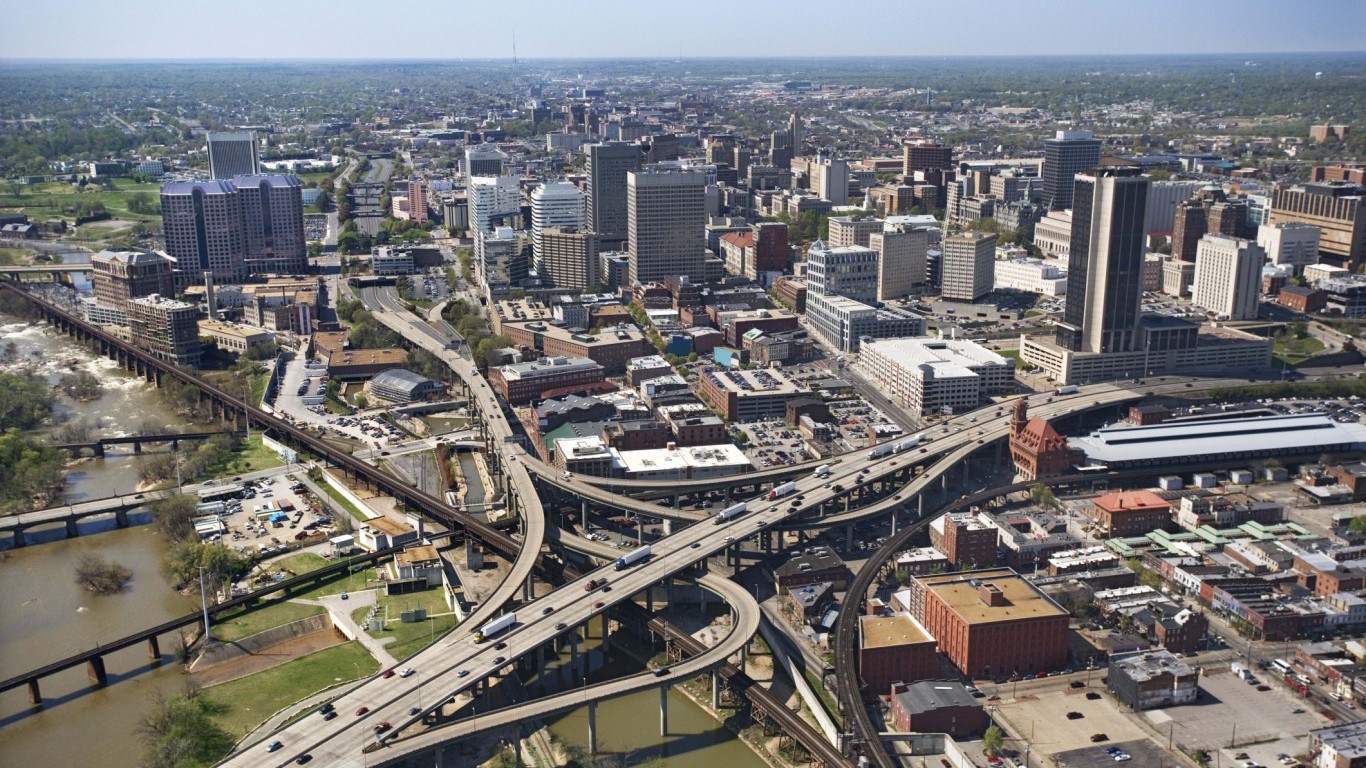 Virginia’s median household income increased nearly $2,000 to $71,535 over the past year, outpacing the growth of the U.S. median, which was just over $1,500. Virginia adults are among the most likely in the country to hold at least a bachelor’s degree, making them more qualified for high paying jobs and increasing their odds of making it into a lucrative industry. Some 38.7% of Virginia adults have a four-year college degree. 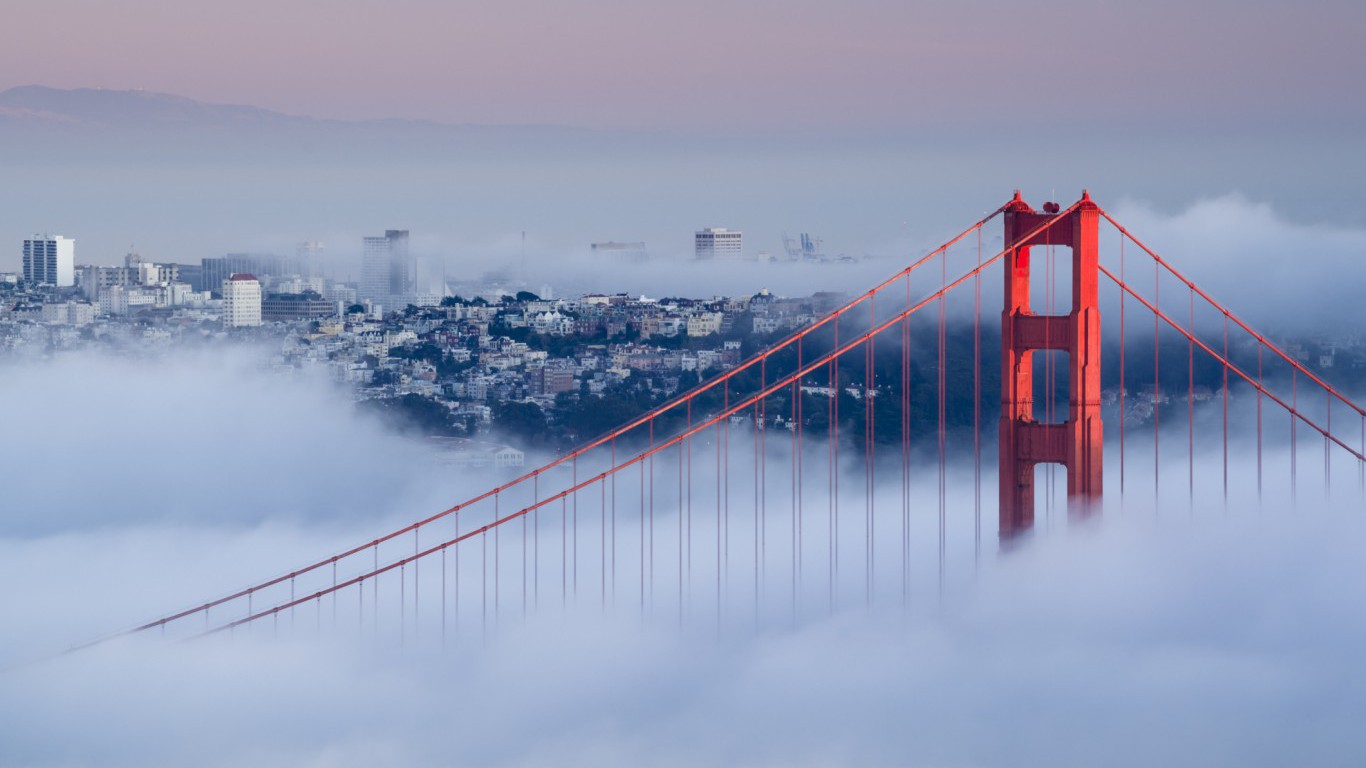 Much of California’s reputation is built on two extremely lucrative industries: entertainment, which is centered around Los Angeles, and technology, with many companies located in and around Silicon Valley. The abundance of high paying jobs likely drives up the median household income in the Golden State. But this wealth does not extend to all Californians. The state’s unemployment and poverty rates are higher than most. 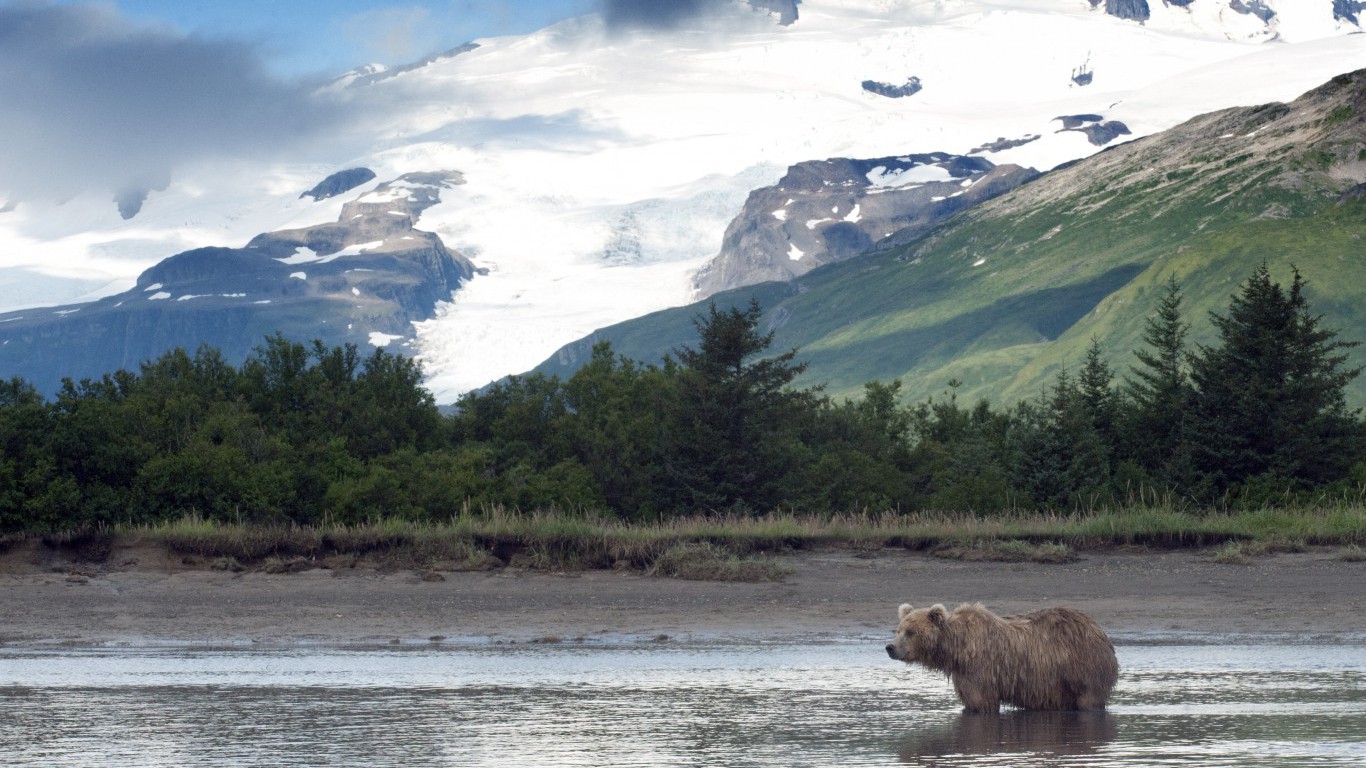 Though Alaska still has one of the highest median household incomes, several key economic indicators paint a dire picture of the state’s economy. The state is tied with South Dakota for the largest increase in unemployment rate at 0.3%. Alaska now has a 7.2% unemployment rate — the highest of any state. Alaska’s median household income dropped more than any other state from 2016 to 2017, and by a significant margin. The state’s $73,181 median is $4,722 less than it was the previous year. No other state experienced a drop above $1,300. In 2016, Alaska’s $77,903 median income was good for second among all states.

New Hampshire residents are among the most economically secure of any state. Just 7.7% of households in the state live in poverty, the lowest of all states. New Hampshire also has one of the lowest unemployment rates, meaning that almost all residents who look for work are able to find it and provide for their families. Adults with high school diplomas tend to be more attractive candidates for work than those without. New Hampshire is tied with Minnesota for the highest high school attainment rate in the U.S.