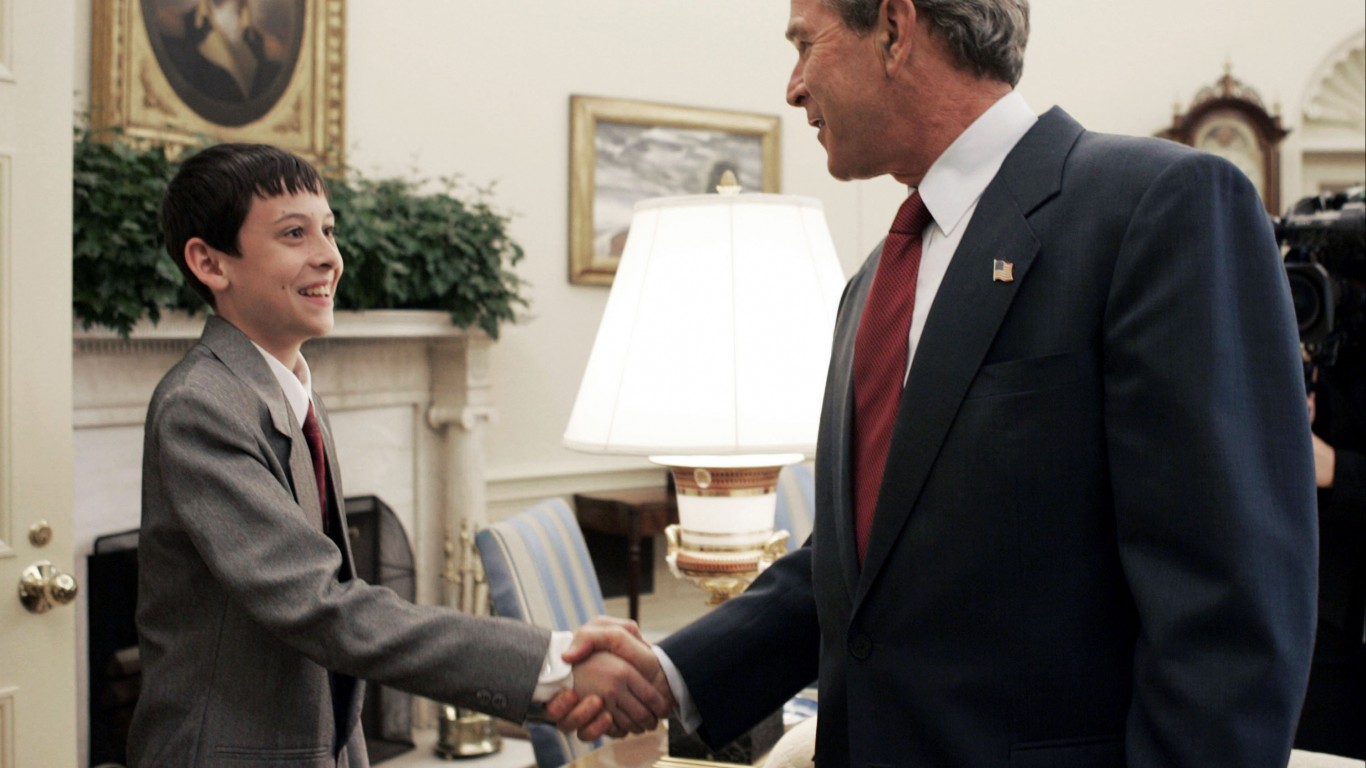 Speller: David Tidmarsh, 14, of South Bend, Indiana, may have been the 2004 National Spelling Bee winner, but the runner-up that year had the most memorable moment. Akshay Buddiga, 13, famously fainted on stage as he attempted to spell “alopecoid.” There was immense pressure on Buddiga that year to become the first sibling to win, following his brother Pratyush Buddiga in 2002. In a dramatic recovery, Buddiga quickly stood up and spelled the word correctly. Tidmarsh did go on to parody the moment on the “Late Show with David Letterman,” pretending to faint as Letterman tested his spelling. 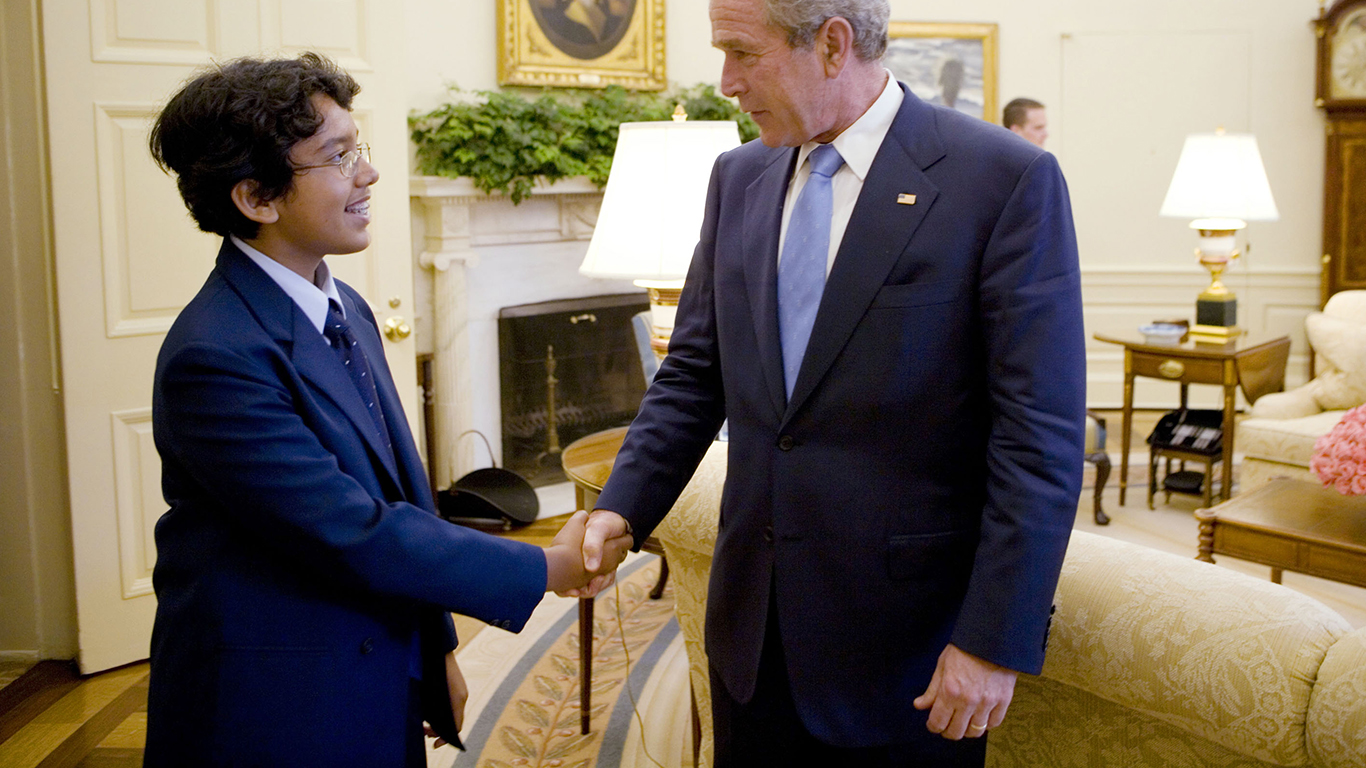 Definition: “an accessory embellishing note or tone preceding an essential melodic note or tone and usually written as a note of smaller size.”

Speller: Anurag Kashyap went from 47th place in 2004’s Scripp Spelling Bee to winning the competition the following year at age 13. Born in Muzaffarpur, India, and raised in Poway, California, Kashyap decided not to stop with spelling. With encouragement from his mom, he tried out for the Jeopardy Teen Tournament, which he ended up winning, along with a $75,000 prize. 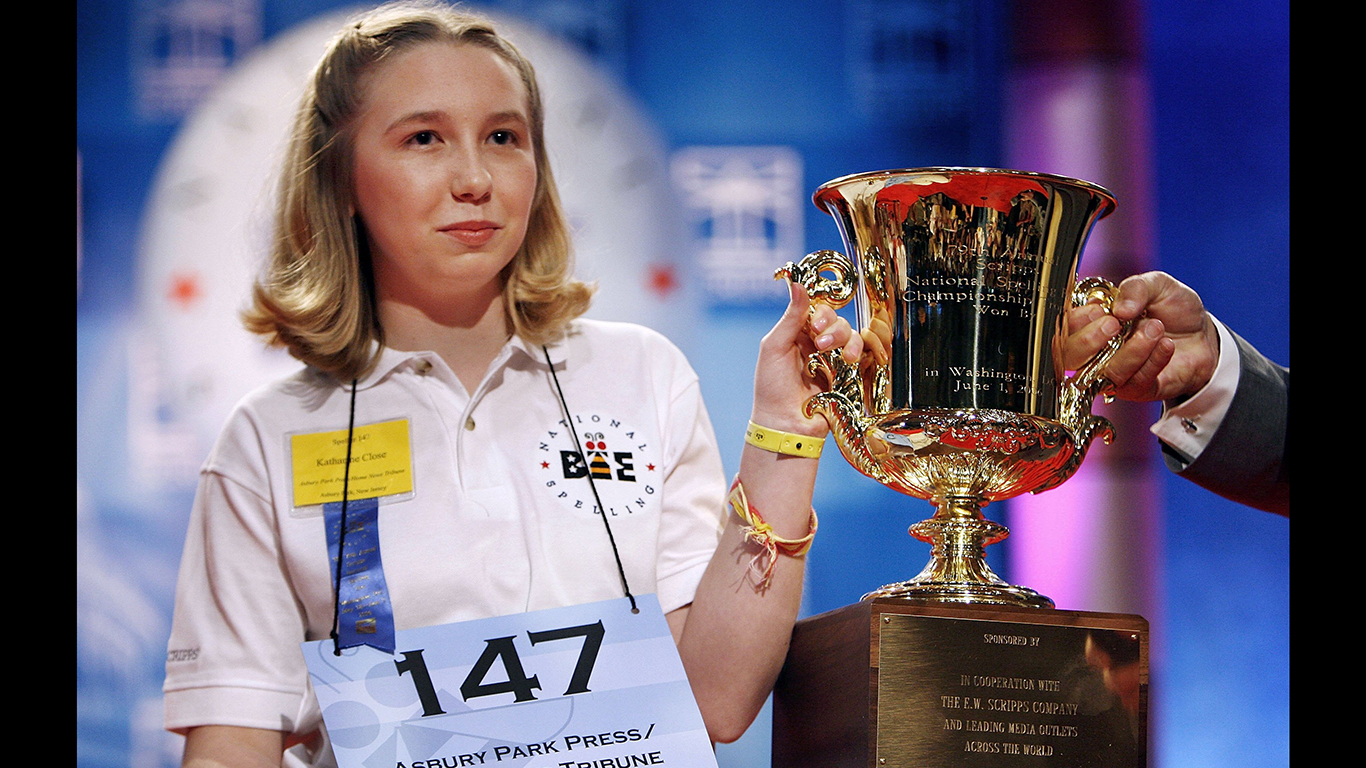 Definition: “a parent language; especially : one reconstructed from the evidence of later languages.”

Speller: It’s not unusual for former National Spelling Bee champions to write about the lessons learned from the competition. But journalist Kerry Close has shared several insights about her unique experience. The first winner when the bee was broadcast nationally, it took her four tries to win at age 13. Though she says it comes down to luck in the end, the bee did teach her many valuable lessons — such as persistence and grace under pressure — that have helped in her career. 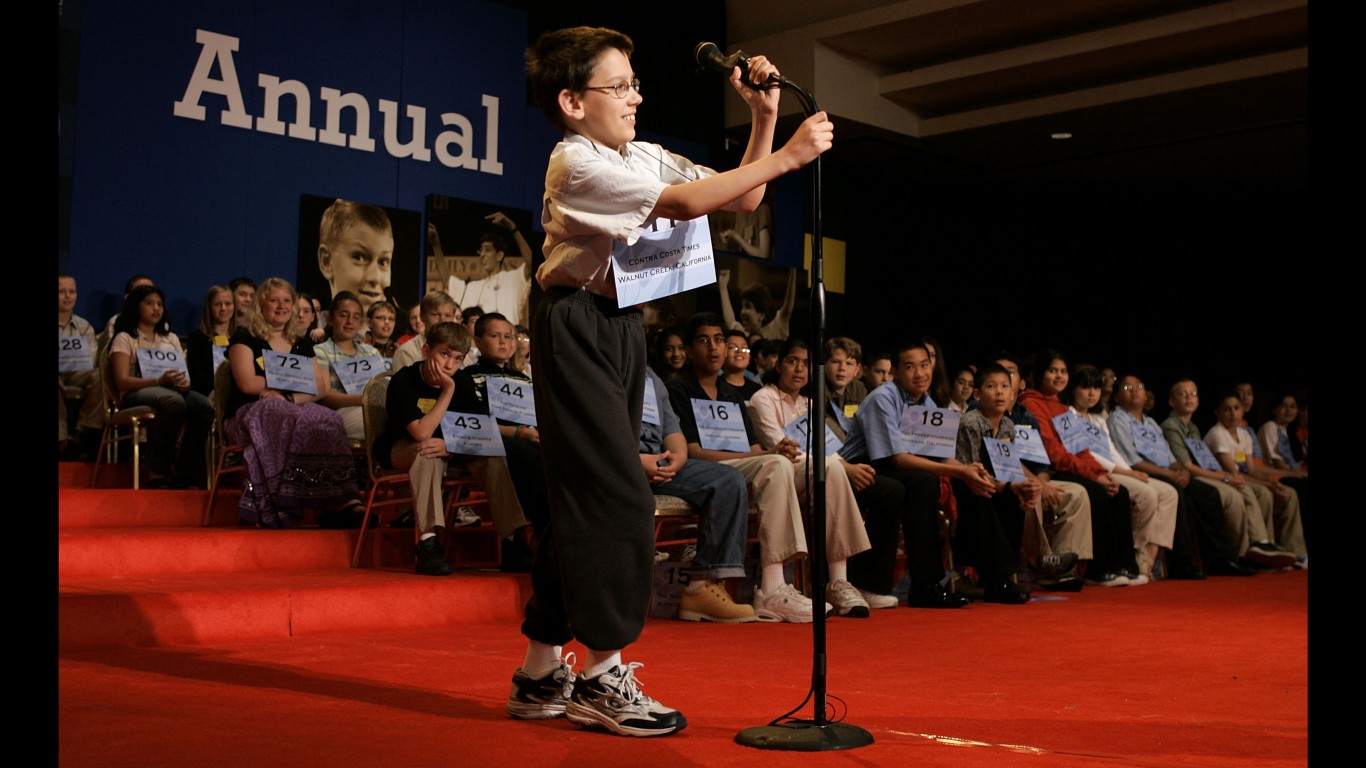 Definition: “a small forceps for clamping a blood vessel.”

Speller: Evan M. O’Dorney, 13, of Danville, California, is most famous not for his win, but for the interview after the spelling bee. Speaking live to CNN’s Kiran Chetry, O’Dorney said he wasn’t surprised to win, corrected how she pronounced his name, and told her to ask his mom what she thought. A doctoral candidate at Princeton, O’Dorney says he still receives emails about the interview. 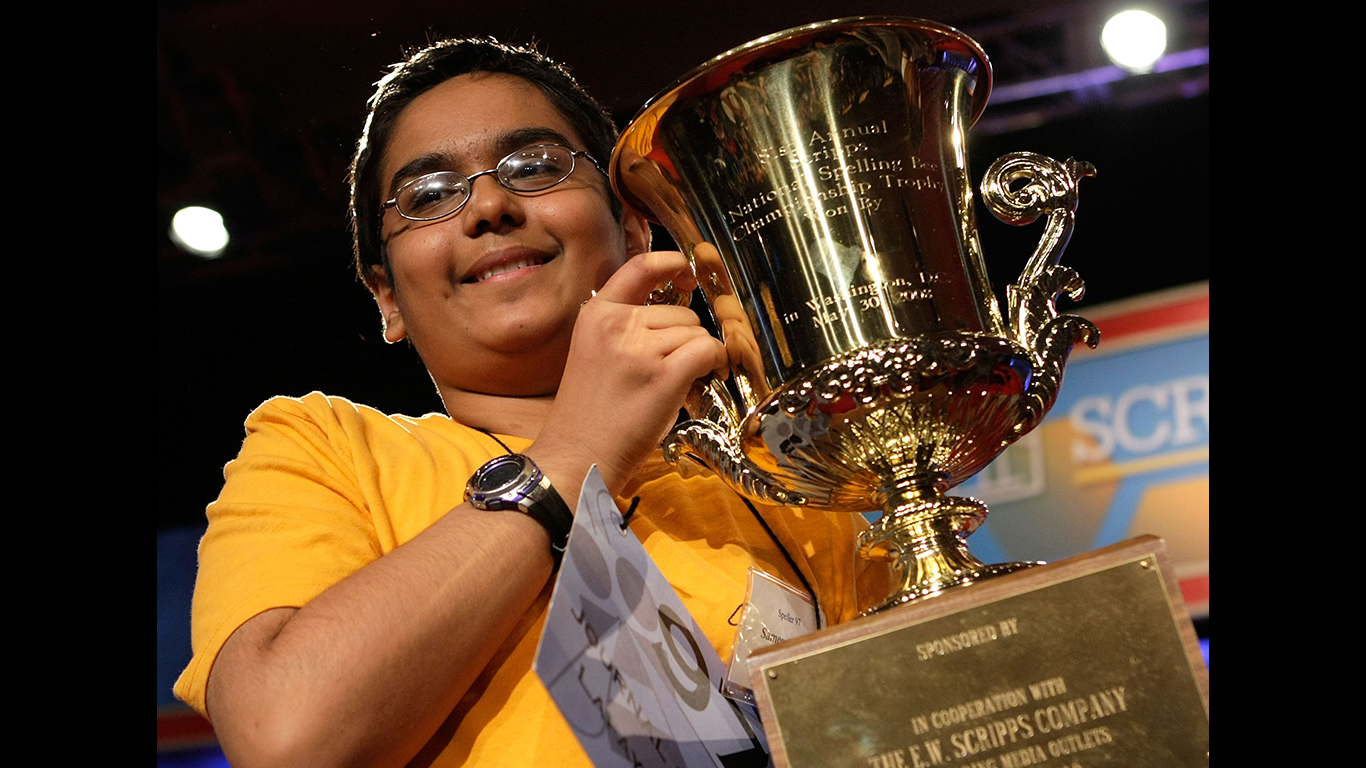 Definition: “something that one has earned or gained : a reward : a recompense : a requital.”

Speller: Sameer Mishra created one of the bee’s most viral moments when he misheard the word “numnah” (a felt or sheepskin pad placed between a horse’s back and the saddle to prevent chafing”), thinking it was “numnuts.” Mishra, who graduated from Columbia University in 2016 with a degree in economics and statistics, credits the spelling bee with giving him a good work ethic and helping him come out of his shell, with all the attention he received following his win.