Willow Creek Community Church is the only mega church on this list located in Illinois, with an average weekly attendance of 25,743 as recently as 2015.

Though still among the most highly attended megachurches, attendance has dropped at Willow Creek’s eight locations around Chicago since founding pastor Bill Hybels stepped down in 2018 following sexual misconduct allegations. The church’s board and another pastor also resigned. Though Hybels has denied misconduct, an independent report found the allegations credible.

Gateway Church is among the largest and fastest growing churches in the U.S. It was founded in 2000 by Robert Morris, who continues to serve as senior pastor. The nondenominational church has multiple locations in Texas, one in Jackson Hole, Wyoming, as well as a prison ministry. Services are broadcast internationally on TV and radio.

ALSO READ: Most Religious County in Every State

Life.Church was founded by Craig Groeschel in 1996 in the garage of his house in Oklahoma. It has since expanded to more than two dozen locations in 10 states. With weekly attendance of 30,000, the church also spreads its message through podcasts, Groeschel-penned books, Facebook, Twitter, Instagram, Pinterest, and YouTube, as well as broadcasts and streaming and live events.

Founded in 1995, North Point Community Church is one of the country’s largest and fastest-growing congregations. In 2018, Baylor University included founding Pastor Andy Stanley on its list of 12 most effective preachers in the English language. In addition to seven locations around Atlanta, North Point makes itself known via podcasts, app, international broadcasts, Facebook, YouTube, Twitter, and Instagram. 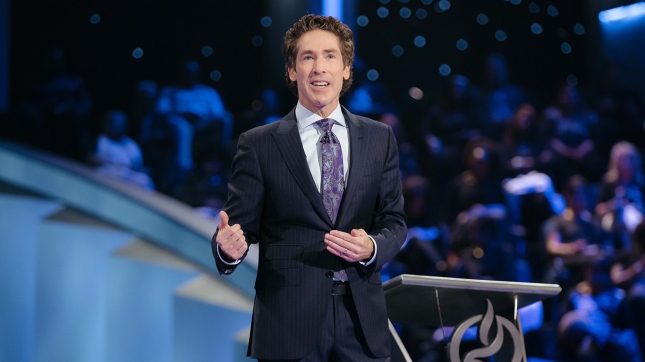 Most megachurches have multiple campuses, but when you hold services in a former pro basketball stadium, as Houston’s Lakewood Church does, you just need the one location. The church has an annual budget of about $90 million. In addition to the 40,000-plus worshipers who attend services each week, an estimated 10 million tune in to live streaming in the U.S.