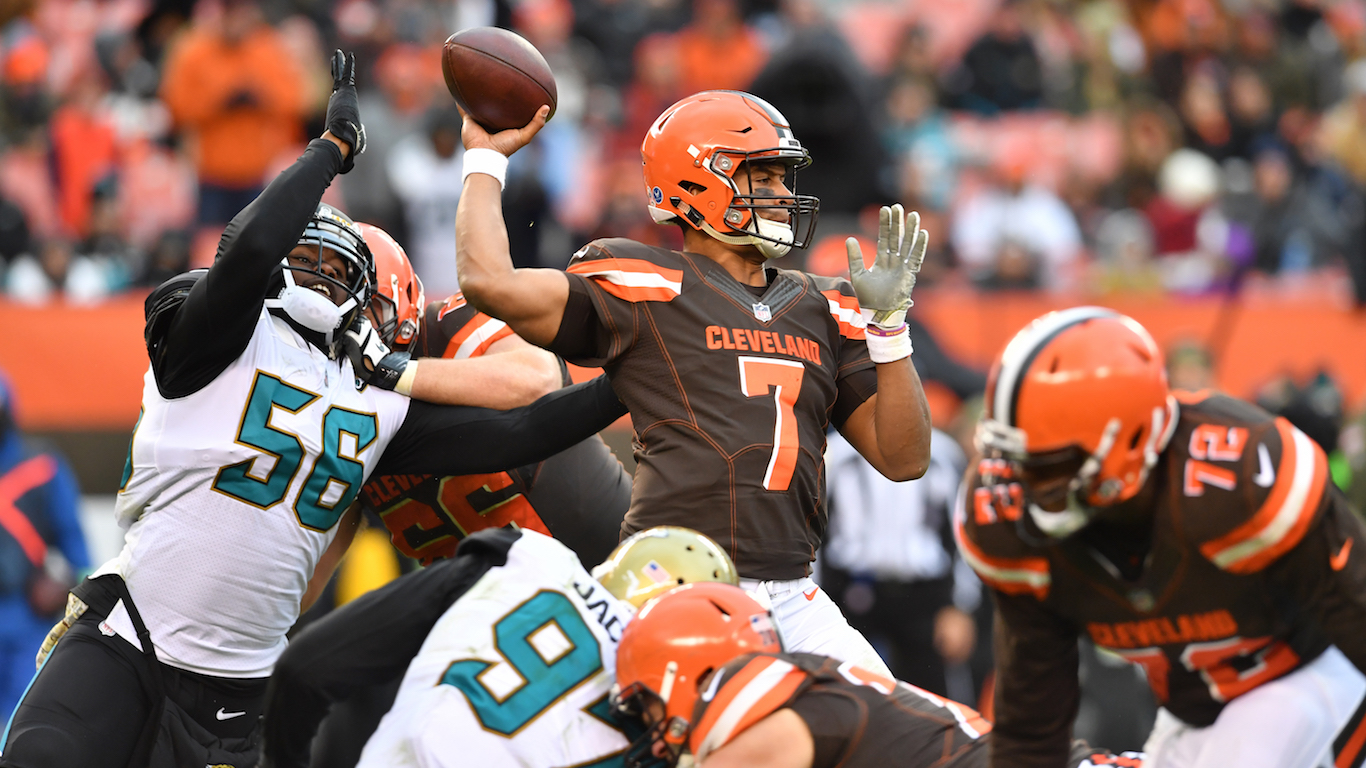 The Cleveland Browns have made the playoffs just once this century, in 2002, when they lost in the wild card round. The Browns last won a playoff game in 1994, and they have never made the Super Bowl. This is a far cry from how the team started its NFL journey. After joining the league in 1950, coach Paul Brown led Cleveland to seven NFL Championship games in eight seasons, winning three. Running back Jim Brown helped the team make two straight title games, winning in 1964 and losing in 1965.