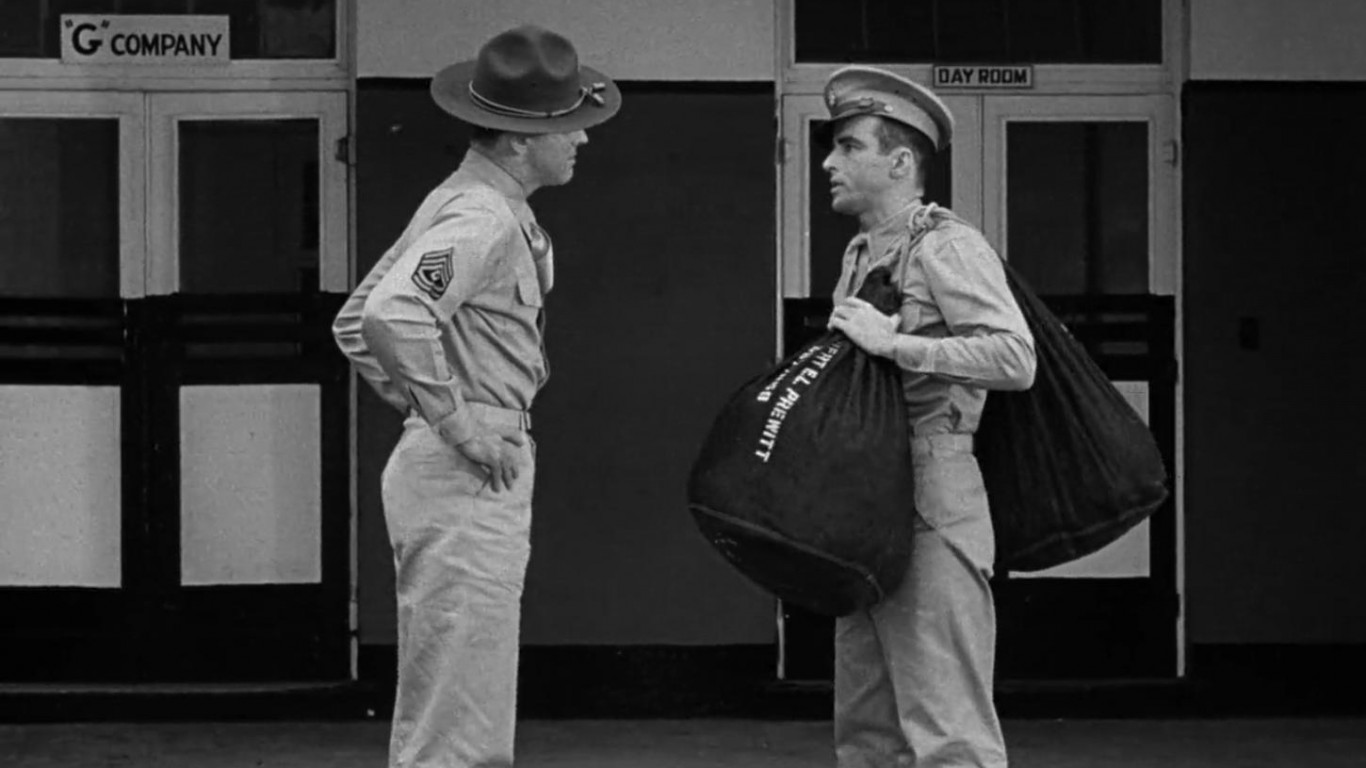 An officer’s wife Kerr, falls for a sergeant, Lancaster. In the Army, that is bad karma. The movie resuscitated the career of Frank Sinatra. The famous “kissing in the surf” scene is worth the price of admission. The movie does not end well for any of the major characters. Some question whether “From Here To Eternity” is a war film. The attack on Pearl Harbor has to wait until the second half of the film. The movie won Oscars for Best Picture, Best Director (Fred Zinnemann), Adapted Screenplay, Supporting Actor (Frank Sinatra), and Supporting Actress (Donna Reed) 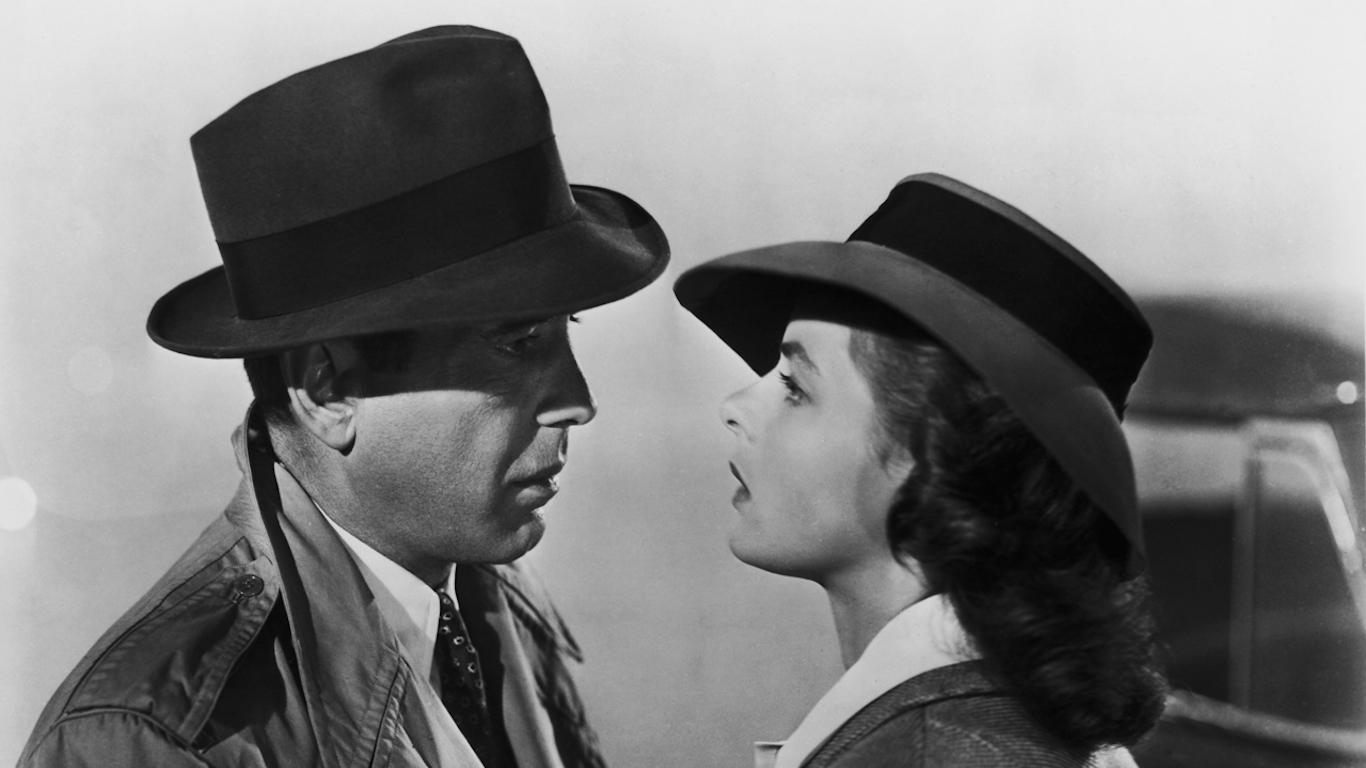 Widely considered one of the greatest films of all time, Bogart and Bergman, past lovers, find themselves together in the midst of Nazi controlled French Morocco. Since they last saw one another Bergman has married a resistance hero. Bogart faces one of the great moral dilemmas in American film history. Viewers have been left, for decades, to decide if he made the correct decision. 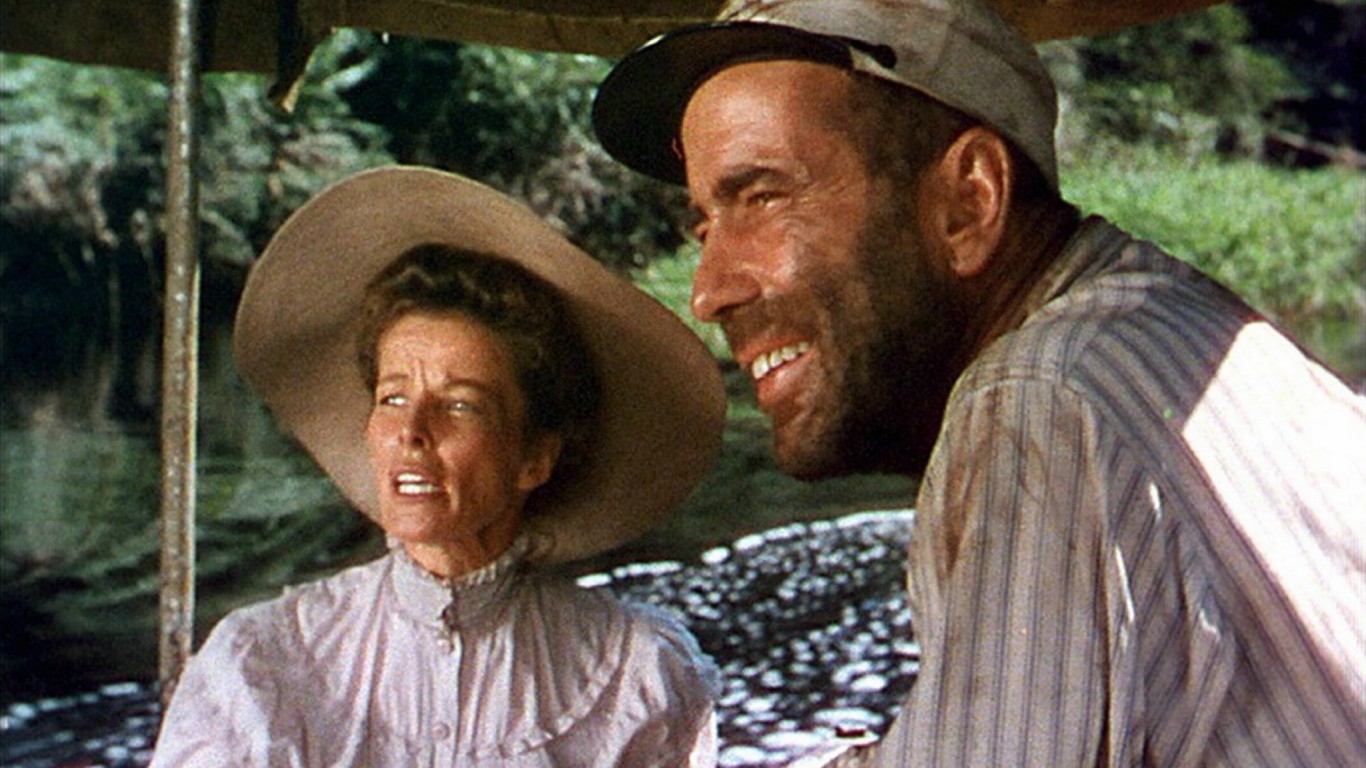 Bogart and Hepburn were each past their primes. Nevertheless, they joined director John Houston in Uganda and the Congo in Africa to make this film about an unlikely spinster’s romance with a steamer mechanic. The movie was written by doomed film critic, poet, and novelist James Agee. Using just their tiny steamer, Bogart and Hepburn join to sink a German warship. Both live. 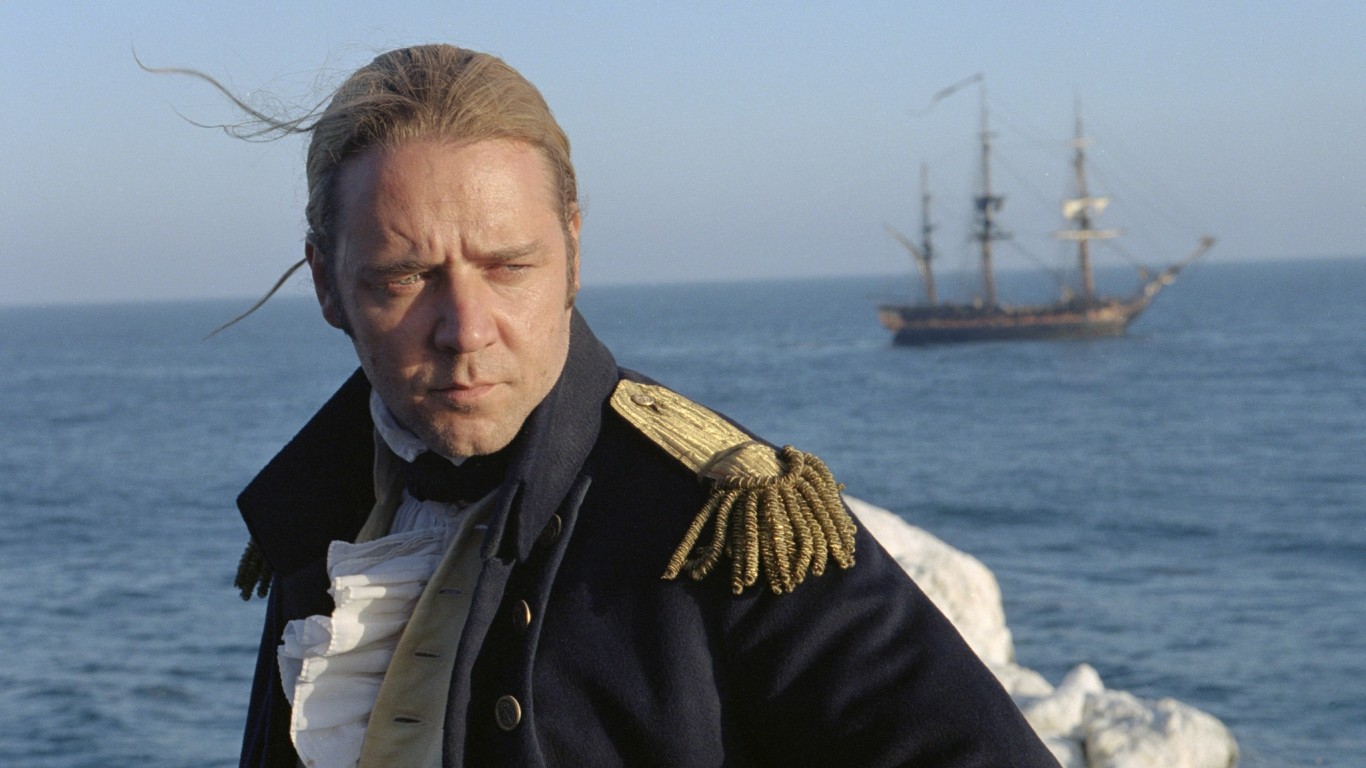 Pulled from the exquisite series of Patrick O’Brian’s Aubrey-Maturin 20 novel series, this sea chase movie often ranks as Crowe’s second best after “Gladiator” (2000). Crowe plays Captain Jack Aubrey of HMS Surprise during the Napoleonic Wars. The best parts of the film involve the pursuit of a single French warship, which Crowe and his crew eventually track down. That starts the real “war” part of the movie. 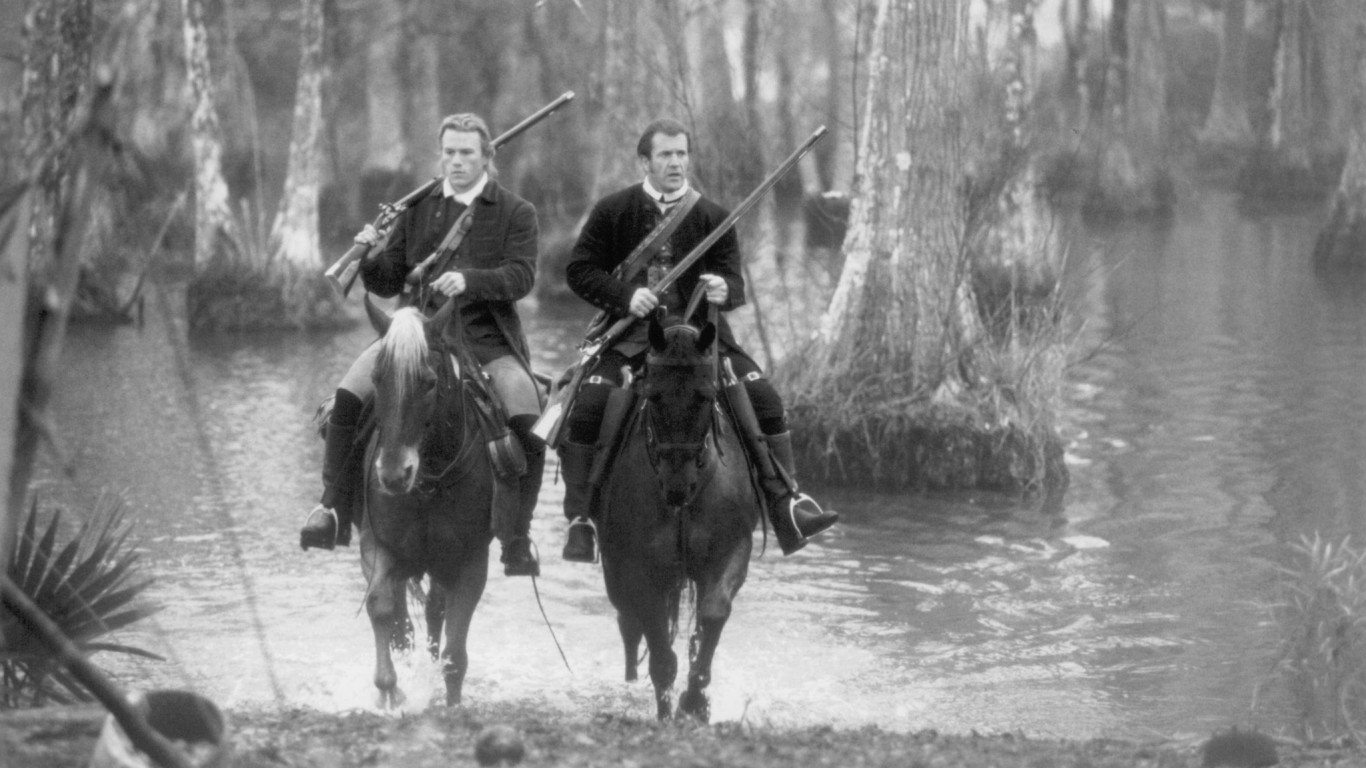 Not unlike “Braveheart,” this movie requires Gibson to play a nearly unhinged killer who, over the course of many years, has had a relatively normal life. Gibson has kept himself quiet and at home with a new family after a turn an officer in the French and Indian War. The British did his family harm in the midst of American Revolutionary War. Hundreds live to play the price. Ledger, as his son, does not make it to the final frame alive.