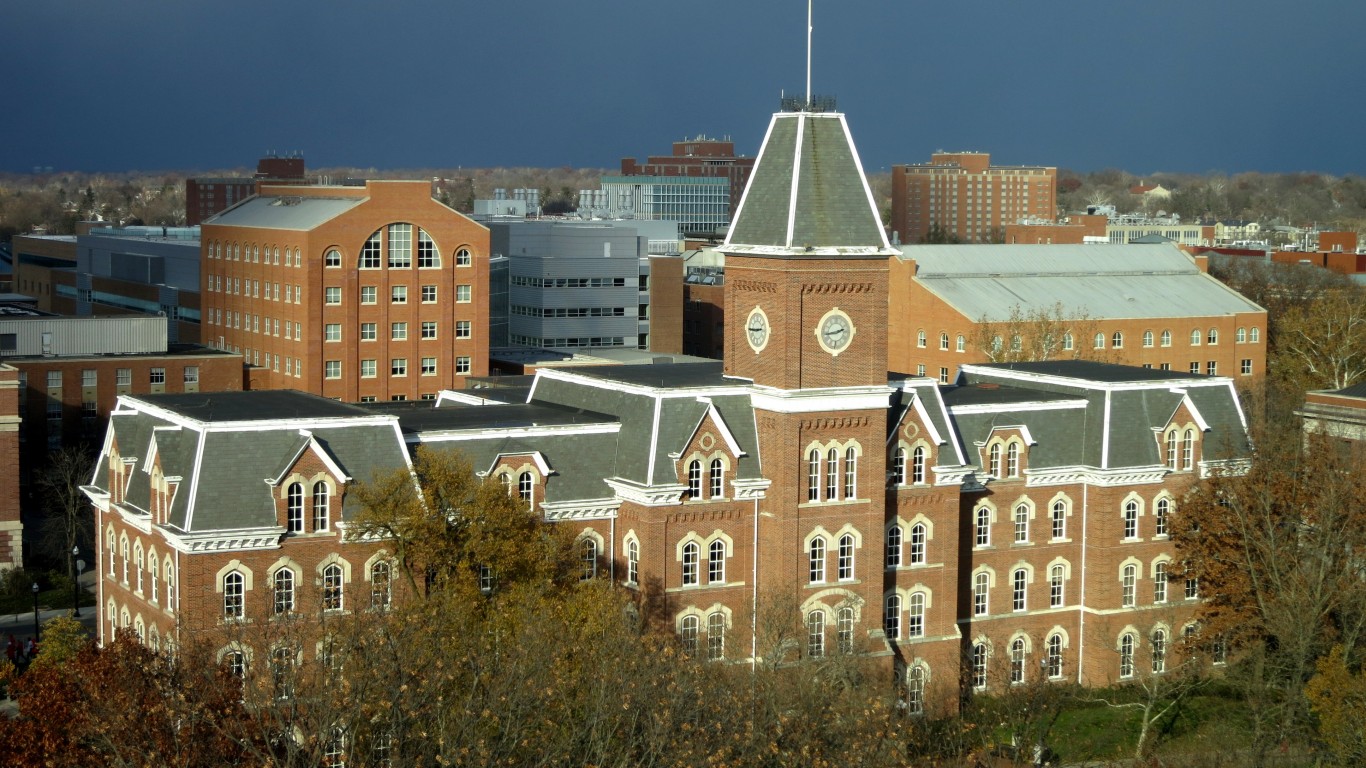 Ohio State has one of the largest endowments of any American college or university, at $5.3 billion. For context, the average endowment of the over 705 colleges and universities that responded to the NACUBO survey is over $900 million, though most are less than $170 million.

Among the 25 American colleges and universities with endowments of more than $5 billion, Ohio State University is one of just six public universities. It is also one of the largest schools — not just on this list, but the country. The school had an undergraduate enrollment in fall 2019 of over 61,000, third highest of any college. 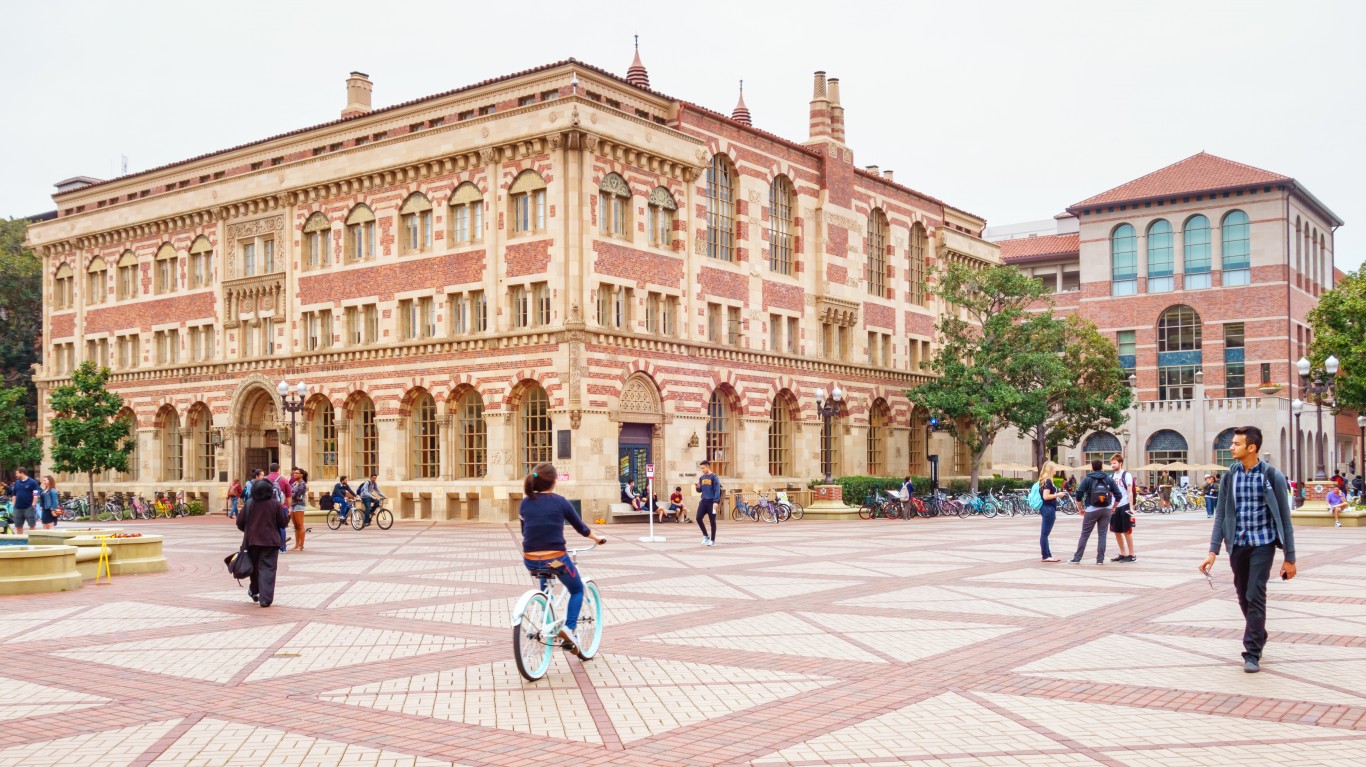 University of Southern California’s endowment performed much better than typical in fiscal year 2020, growing by 3.2% up to $5.9 billion. Nationwide, the median endowment grew just 0.6% during fiscal 2020, which ran from July 1, 2019 to June 30, 2020. Many colleges reported being financially affected by the COVID-19 pandemic. USC, a private university located in Los Angeles, is the most expensive school on this list, with an average net price of over $37,000.

ALSO READ: Hardest Colleges to Get Into in Every State 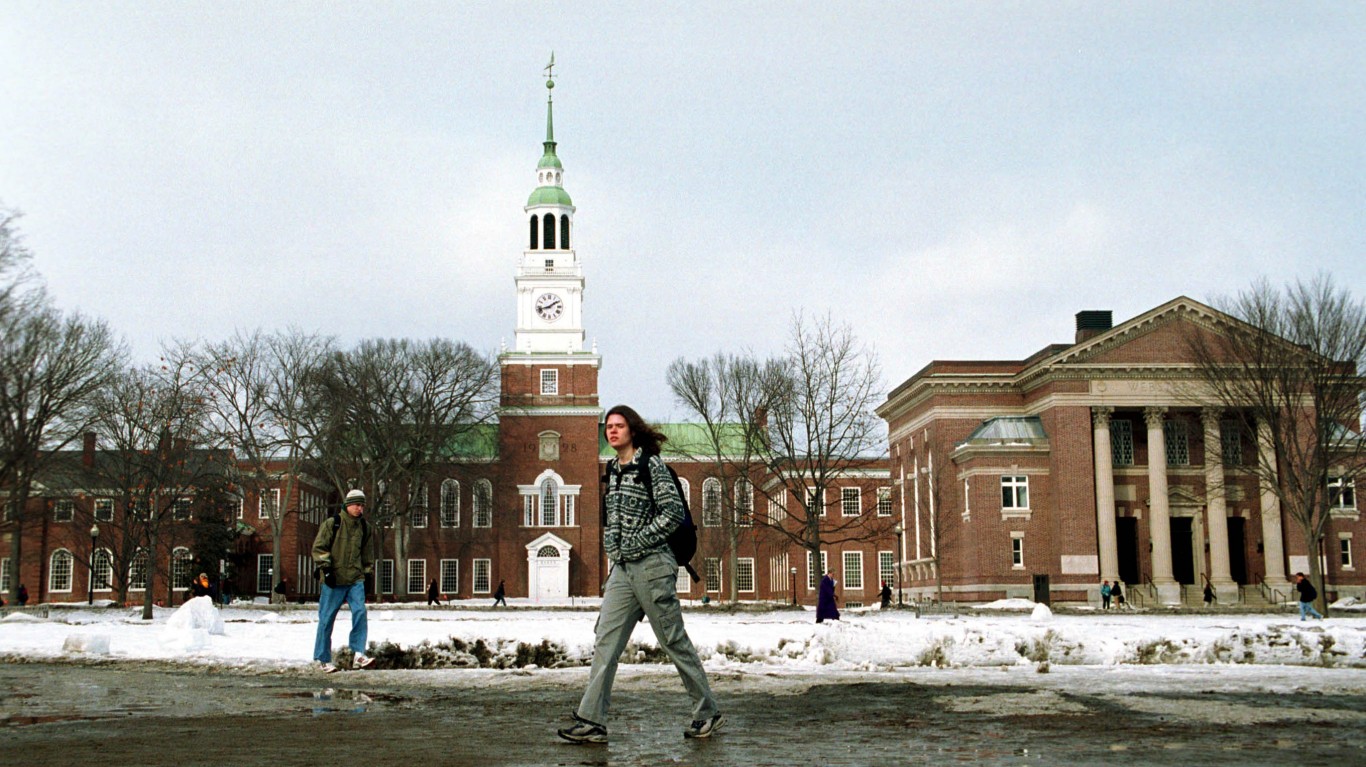 With an endowment roughly $6 billion, Dartmouth College is one of seven Ivy League universities to have among America’s 25 largest endowments. Despite the large endowment, the student body at Dartmouth is very small. With roughly 6,600 students as of 2019, it is the smallest school on this list. 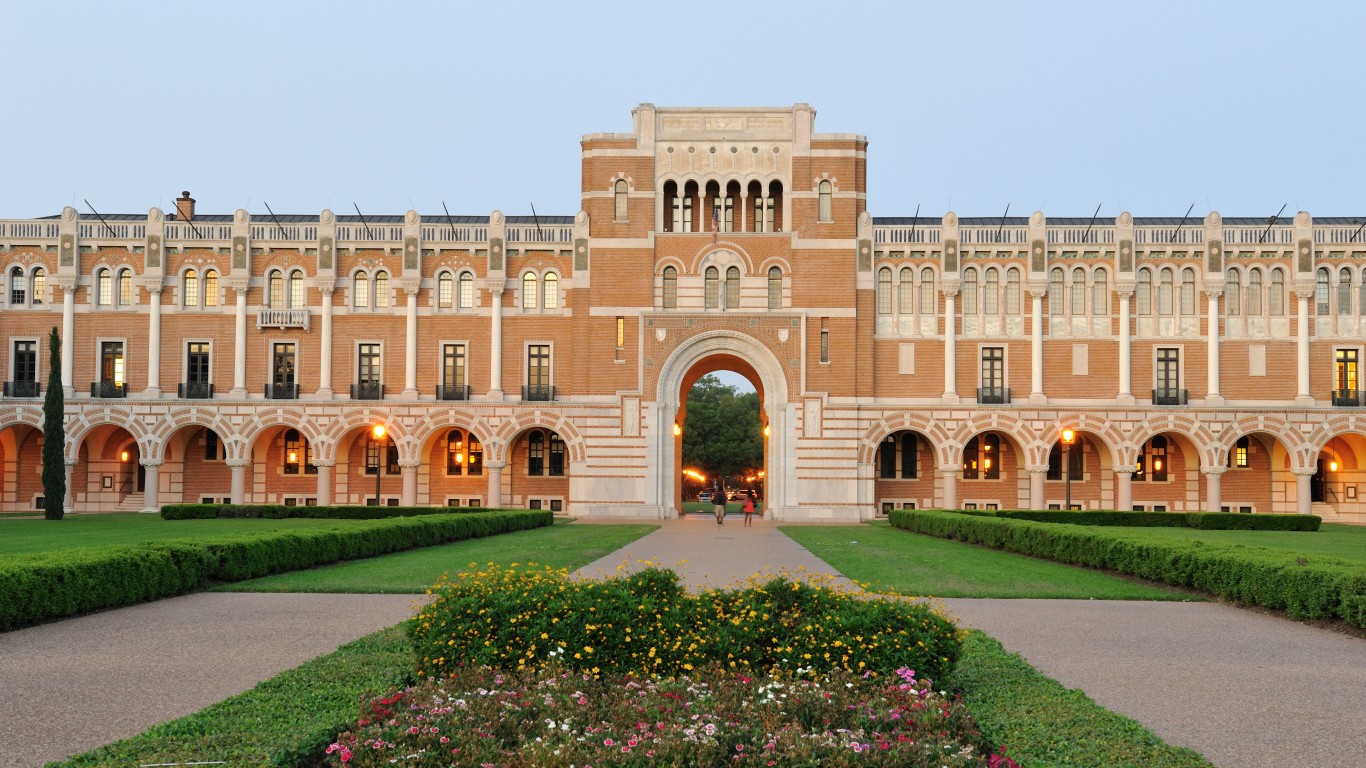 Rice University is a research university located in Houston. While many of the schools on this list have had centuries of history to accrue wealth, Rice is relatively new, having been founded in 1912.

Endowments tend to grow each year, but Rice University’s endowment actually declined by 4.9% throughout fiscal year 2020, falling to $6.2 billion from $6.5 billion the year before, likely at least partially due to the COVID-19 pandemic. This is by far the largest decline of any school on this list. 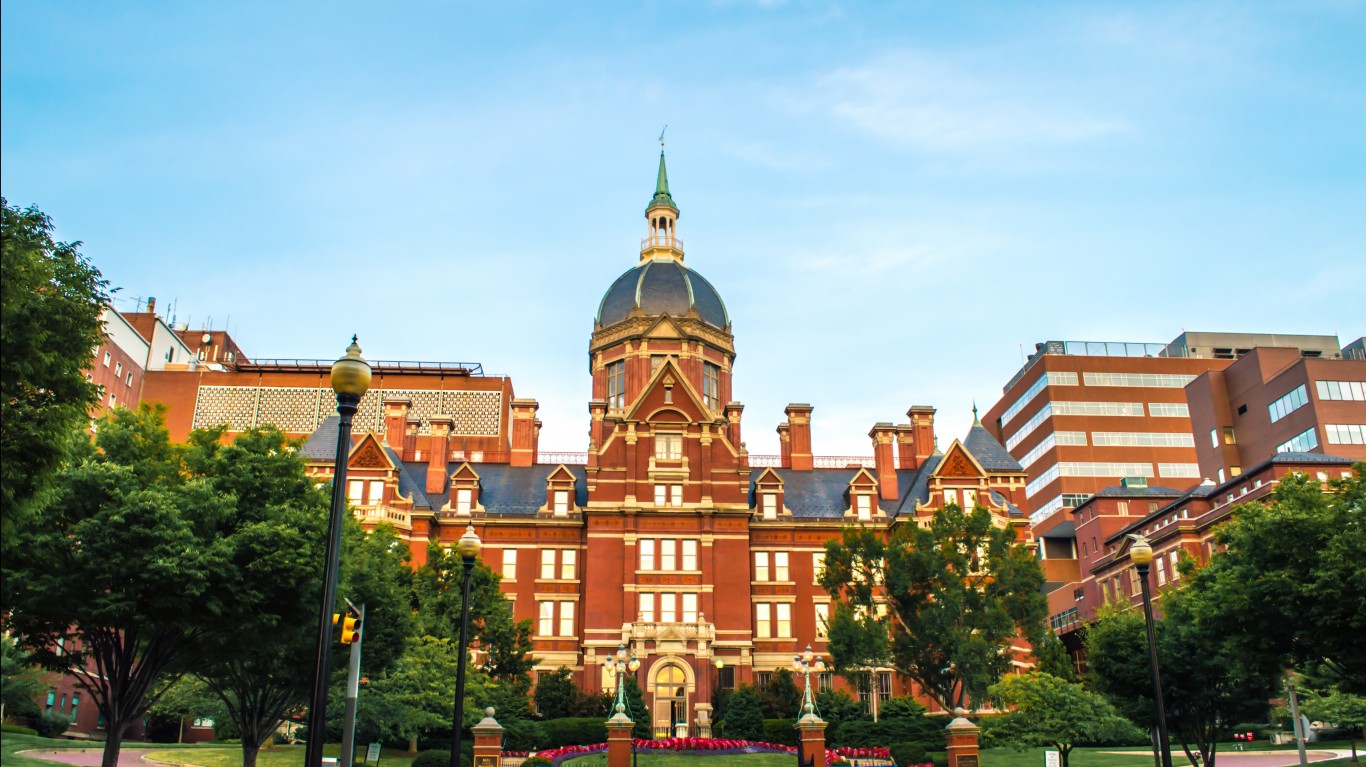 The Johns Hopkins University endowment swelled recently, when billionaire alumnus Michael Bloomberg promised in 2018 to donate $1.8 billion to the school. This is believed to be the largest modern donation to a higher educational institution in modern times. Bloomberg wrote in a New York Times op-ed column that he hoped the gift would ensure “finances will never again factor into decisions” about which students to admit.