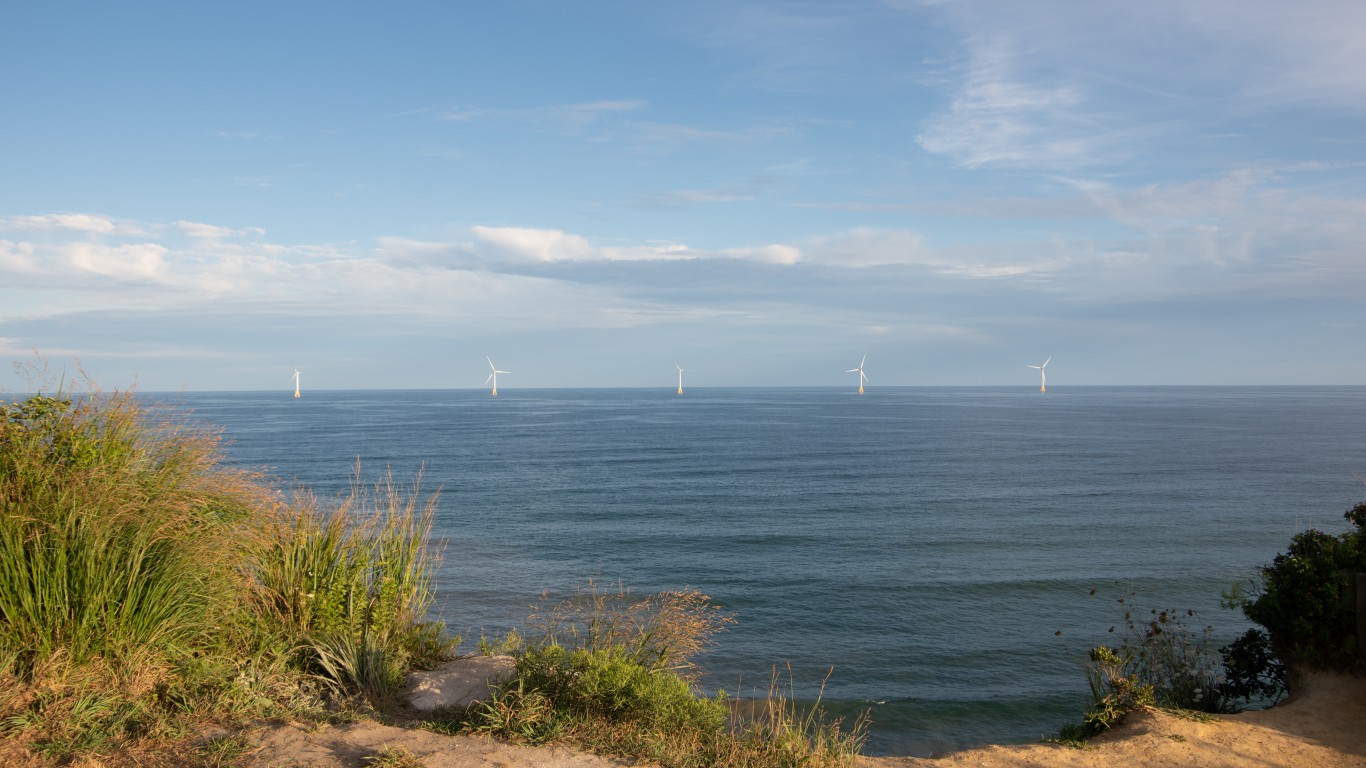 Virtually all of Rhode Island’s non-renewable energy — and 93.7% of its energy overall — comes from natural gas, accounting for over 7.1 million MWh. This is by far the largest share of any state. 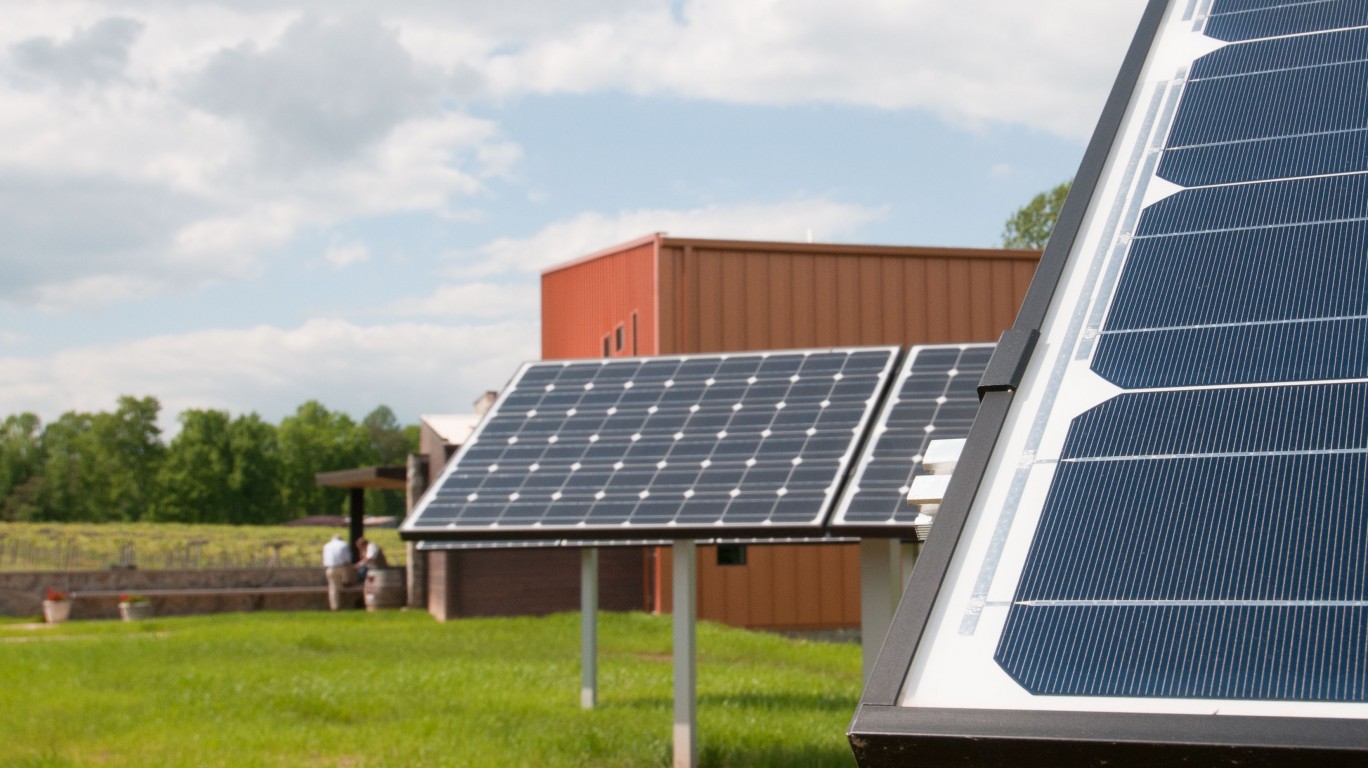 Just 6.4% of electricity produced in Virginia is from renewable sources, less than most states and up by less than 1 percentage point from a decade ago. Renewable energy production in the state comes from a mix of wood and other forms of biomass, hydropower, and solar thermal.

The largest electricity source in the state is natural gas, which accounts for nearly 60% of production. Virginia is also home to two nuclear power plants, which generated 30.5% of electricity in 2019. That same year, coal’s contribution to the power grid amounted to just 3.5%, marking the first time in the state’s history that renewable sources generated more power than coal.

24/7 Wall St.
This State Is First in the Nation for Hog Production 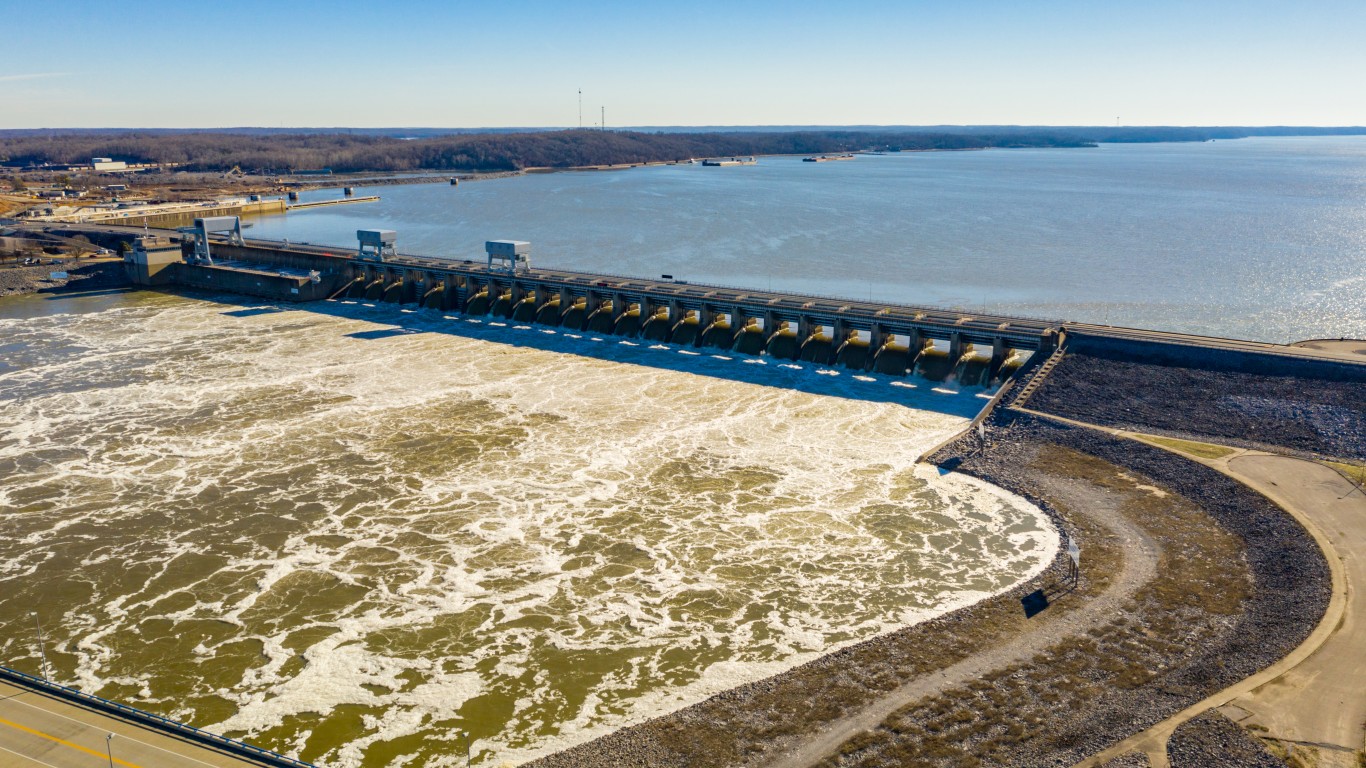 Kentucky produced 71.8 MWh of electricity in 2019. Just 6.5% of that, 4.7 MWh, came from renewable sources, mostly from hydroelectric sources. Other renewable energy sources in the state include wood derived fuels, other biomass sources, and solar, thermal, and photovoltaic sources.

Kentucky produces the fifth-most coal of any state, and coal ranks as the state’s largest energy source, accounting for 72% of all electricity production in the state. The second major source of electricity in the state is natural gas, which accounts for 21.4% of the state’s power. 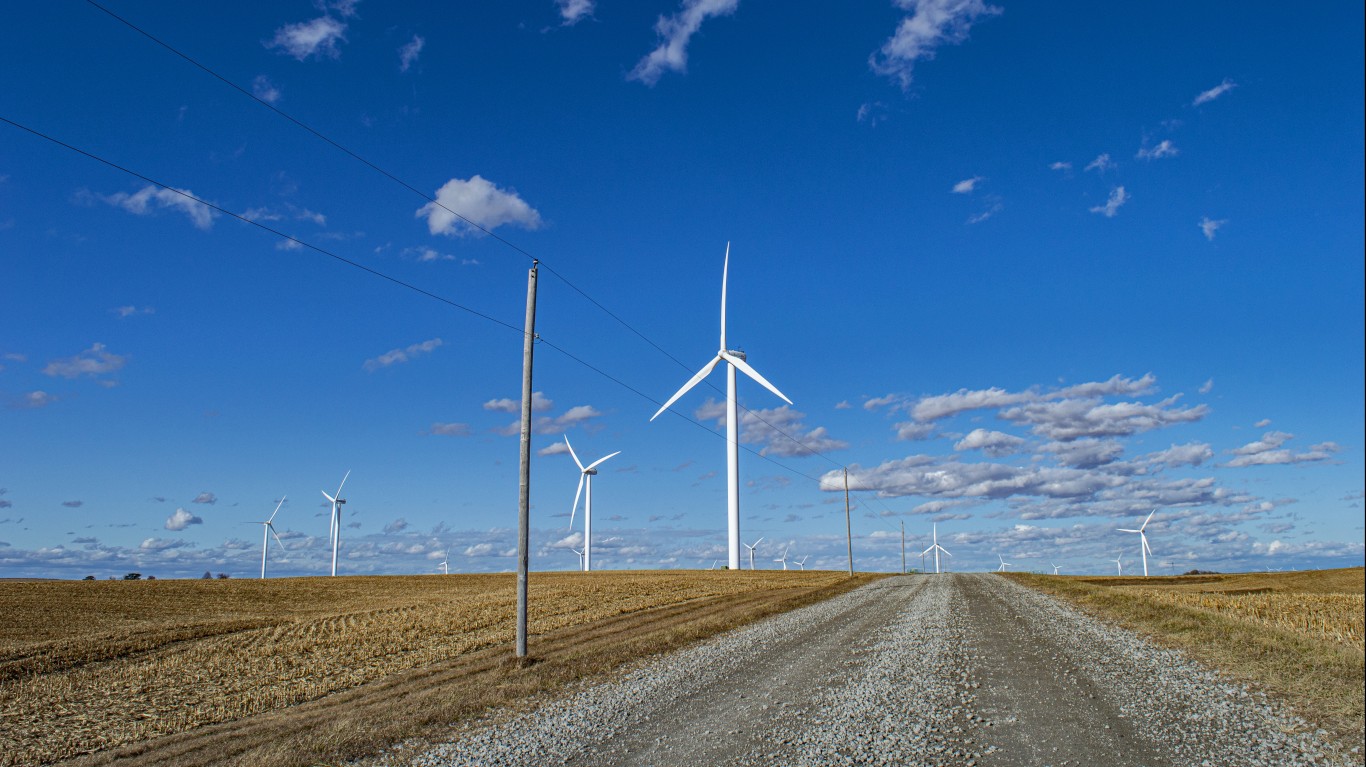 Only 6.8% of the 78.3 million MWh of electricity produced in Missouri in 2019 came from renewable sources. The state’s 500 wind turbines generated over half of all renewable energy. Much of the rest of the state’s renewable energy comes from hydropower plants.

The majority of electricity produced in Missouri comes from coal. Though the state has its own coal deposits, the coal it uses for electricity is lower sulfur content coal shipped in from Wyoming. Locally-mined coal is hotter burning and is primarily used for industrial production. Texas and Indiana are the only states that burn more coal than Missouri, and eight of the state’s 10 largest power plants are coal burning. 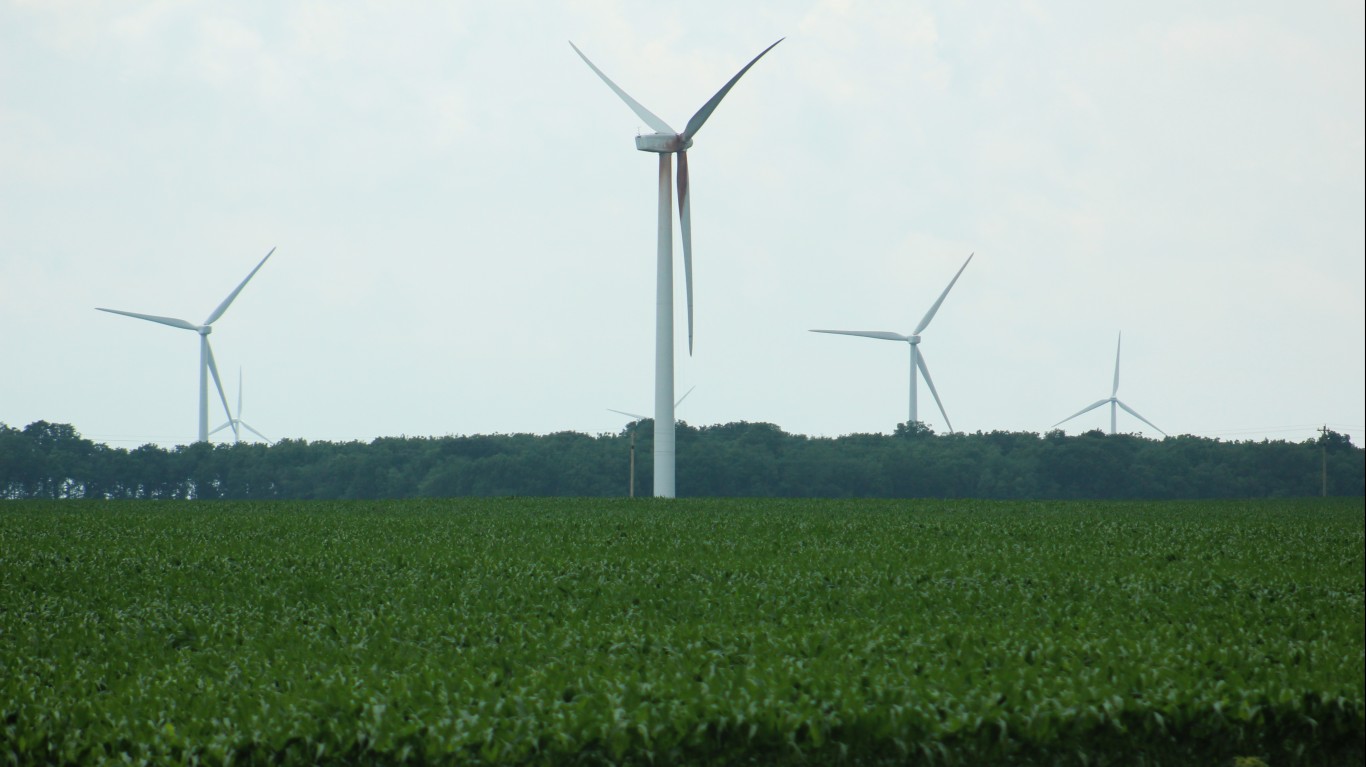 In Indiana, only 7.1% of the power supply comes from renewable sources, the largest of which is wind. The first utility-scale wind farm in the state came online in 2008, and now, wind turbines are spread across central Indiana.

As one of the largest coal-producing states in the country, Indiana’s power grid also relies primarily on coal. Indiana burns more coal than every other state except for Texas, and eight of the 10 largest power plants in the state are coal fired. In the last decade however, like many other states, the state has increased its usage of natural gas, and over that period, coal went from supplying 93% of the state’s electricity to 59%. Indiana has set a goal to derive 10% of its energy supply from clean sources by 2025.