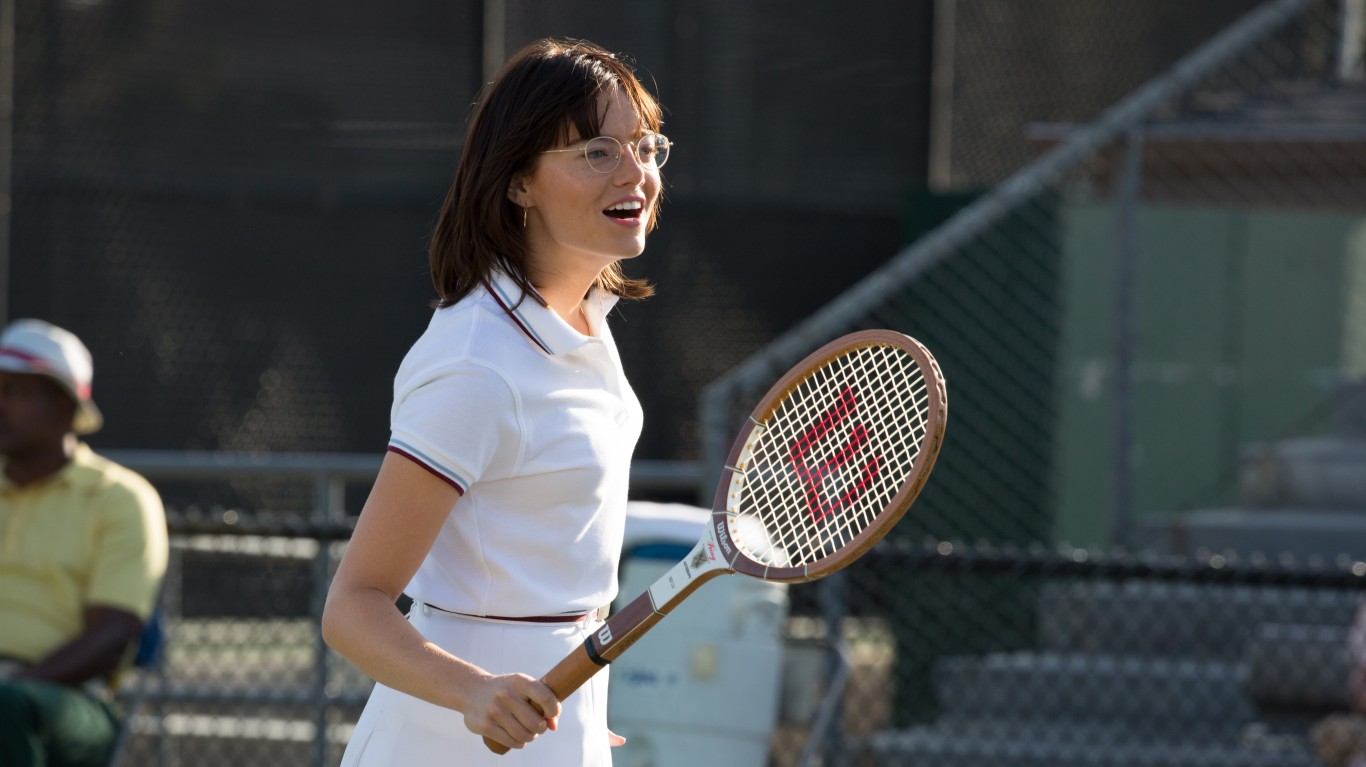 Emma Stone plays Billie Jean King in this biographical sports film loosely based on the 1973 tennis match between the famous woman player and Bobby Riggs. 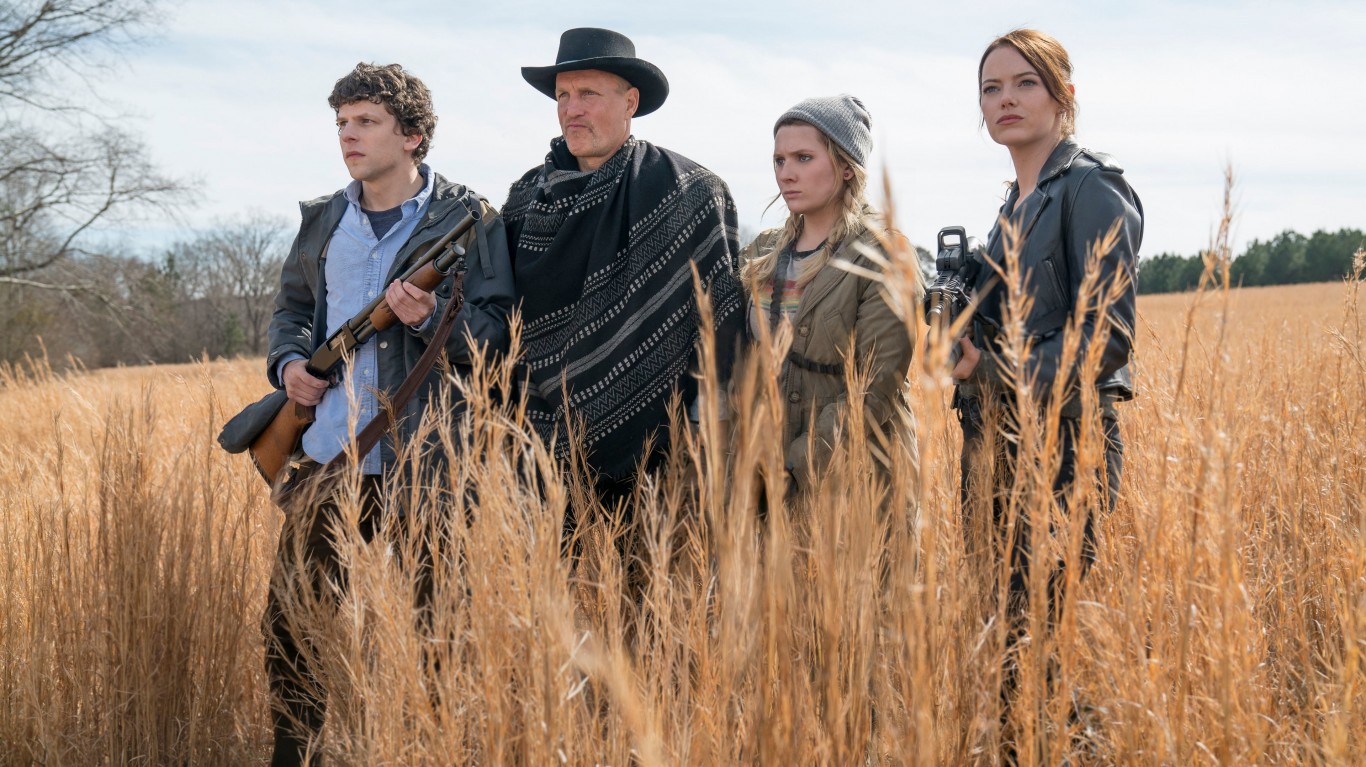 “Zombieland: Double Tap” is a sequel released 10 years after Zombieland, a comedy film in which Emma Stone plays one of the survivors of a zombie apocalypse.

24/7 Wall St.
COVID-19: States Doing the Best in the Race to Roll Out Vaccines 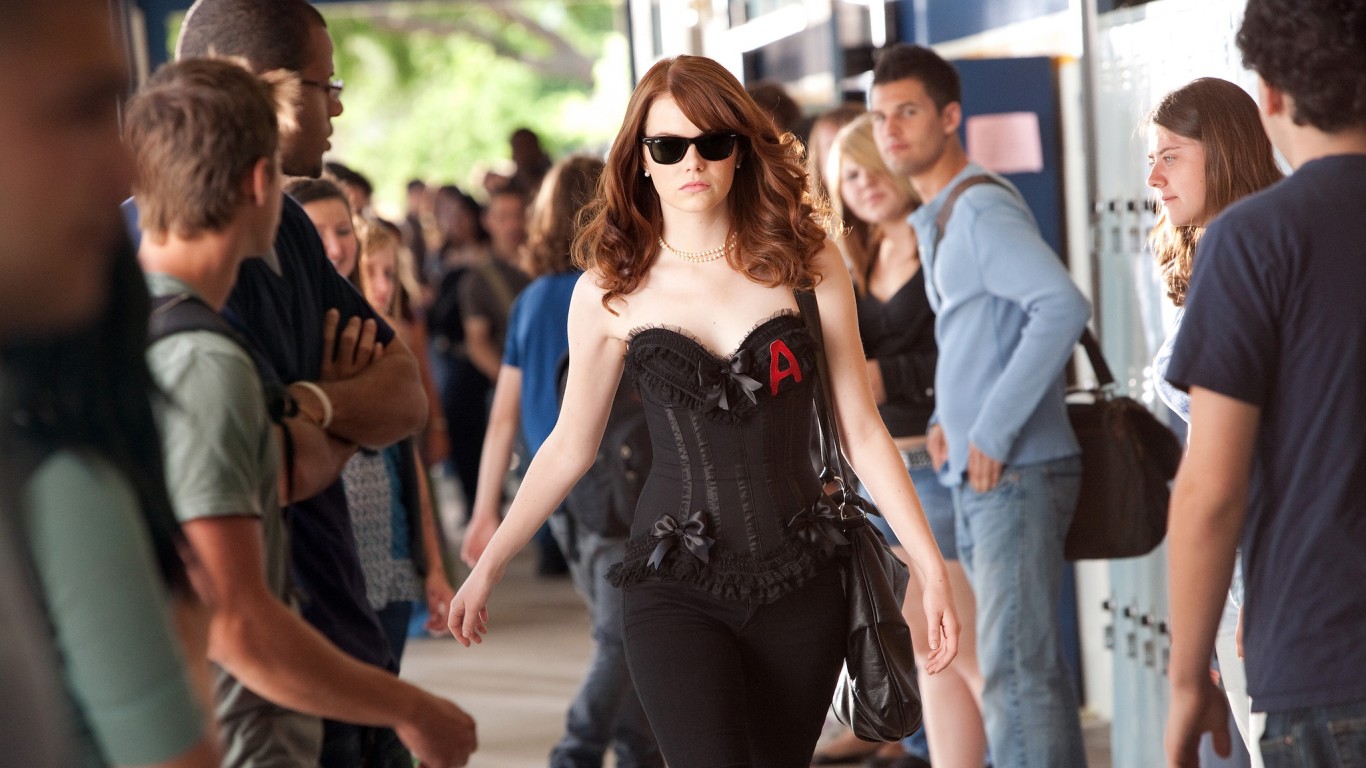 “Easy A” is a teen comedy-drama film. Emma Stone plays Olive Penderghast, a 17-year-old girl who narrates the story speaking into her webcam. 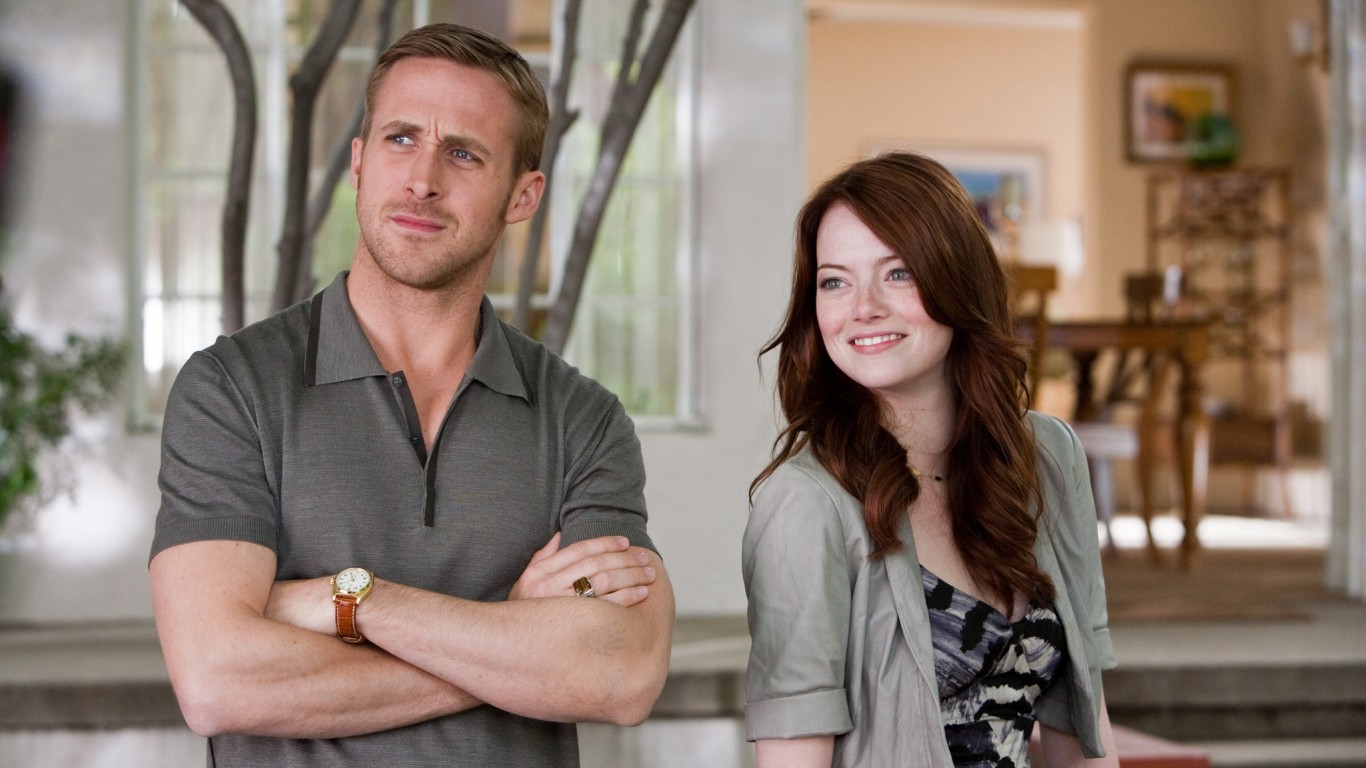 “Crazy, Stupid, Love” is about a middle-aged man called Cal who is separated from his wife. He meets Jacob, a seducer who offers to teach him how to pick up women. Emma Stone plays Hannah, a recent law school graduate who has resisted Jacob’s advances and who later turns out to be Cal’s daughter. 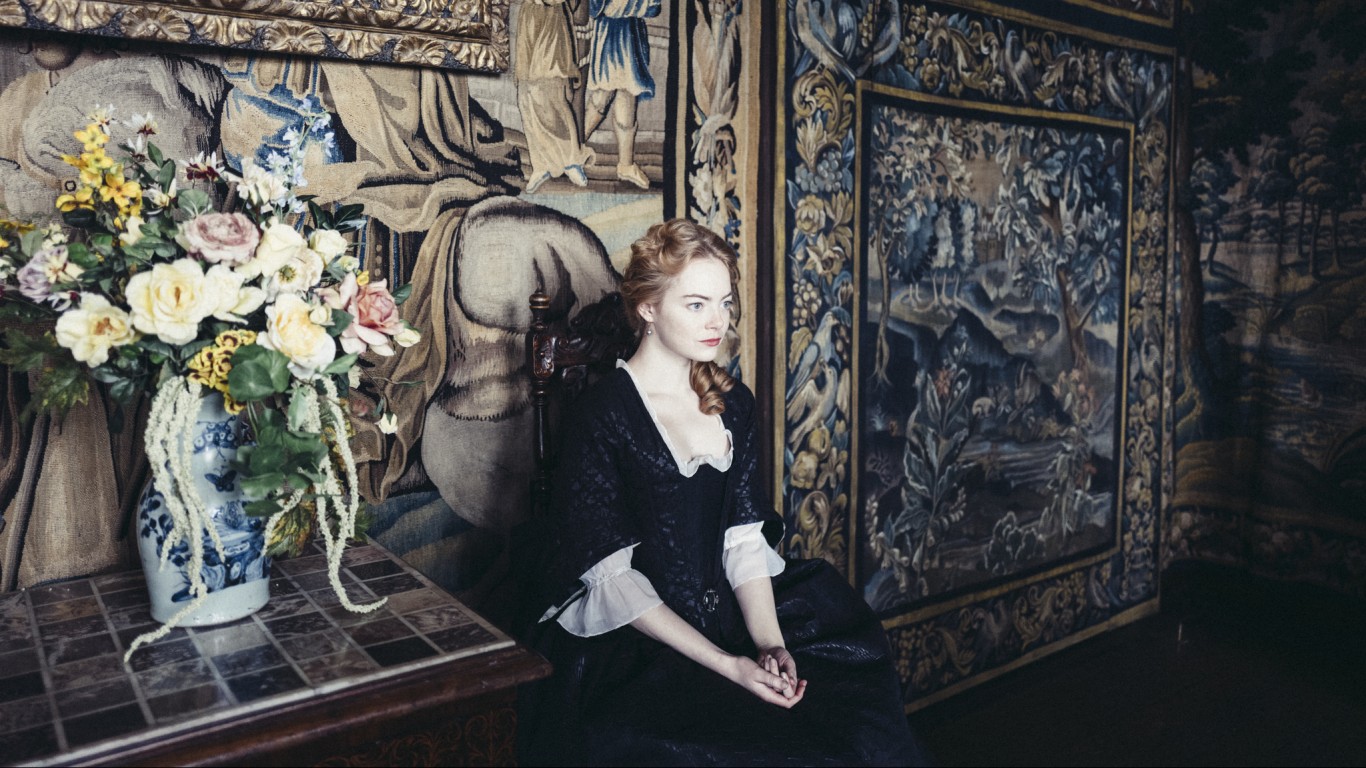 “The Favourite” is a black comedy set in England in the 18th century. Emma Stone plays Abigail Masham, who is competing with Sarah, Duchess of Marlborough, to be the favorite of Queen Anne.