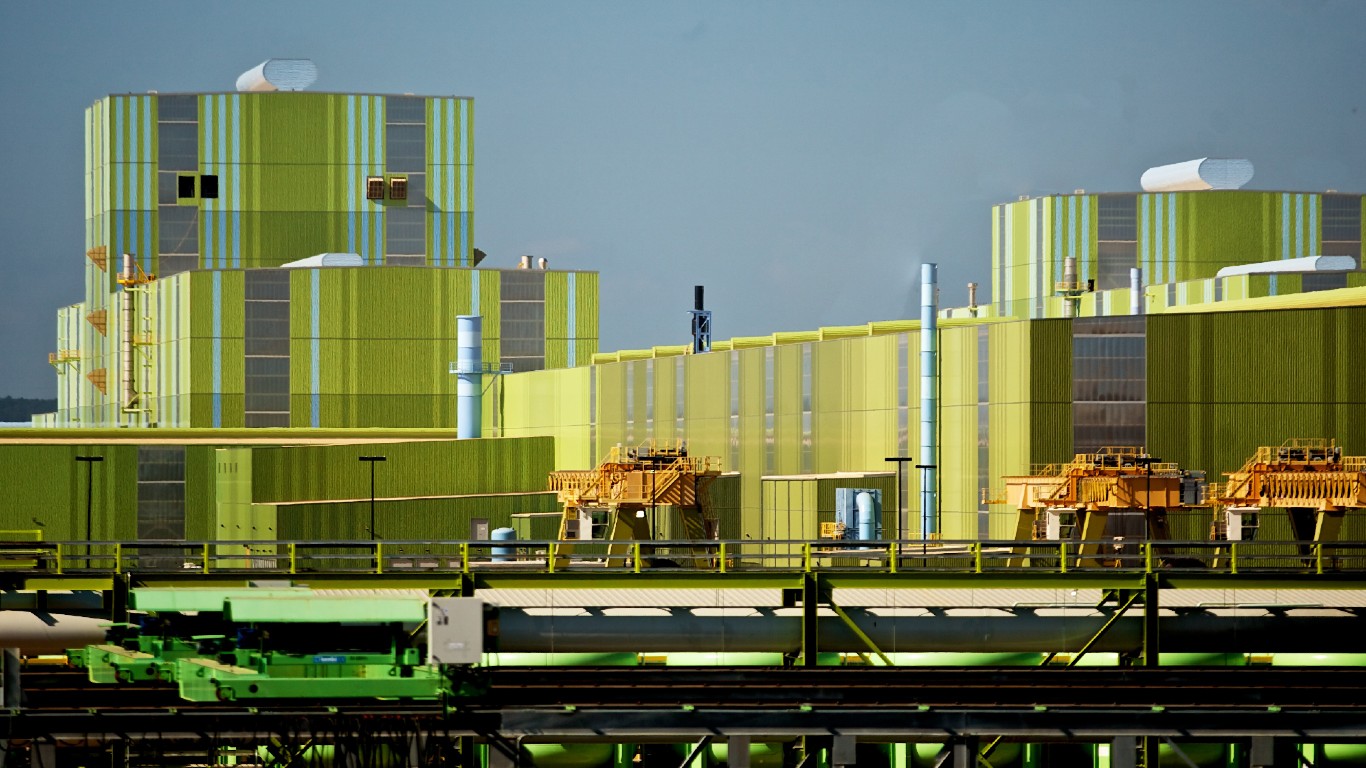 The poorest community in Alabama is Calvert, a Census designated place in the southwestern part of the state. An estimated 83.6% of the local population live below the poverty line, more than six times the national poverty rate.

A high school education is a prerequisite for the vast majority of employment opportunities in the United States. In Calvert, only about one in every three residents who are 25 and older have a high school diploma, compared to 88% of American adults nationwide. 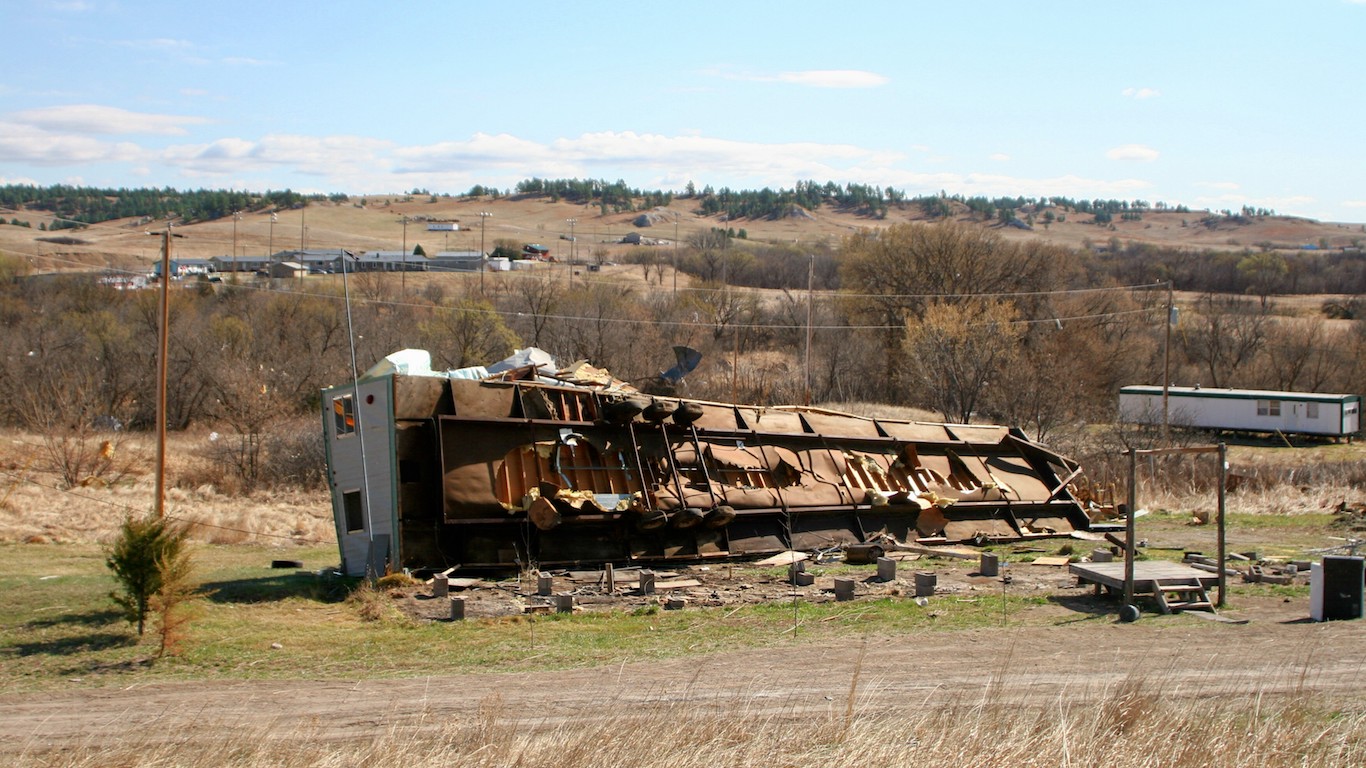 Porcupine, South Dakota, is part of the Pine Ridge reservation where part of the Oglala Lakota Nation resides, and 85% of the Census designated place’s population identify as American Indian.

Like many predominantly Native American communities in the United States, Porcupine is characterized by widespread poverty and other socioeconomic issues. Only roughly 1 in 10 residents live on incomes above the Federal poverty line, and the typical household has an income of about $17,000.

24/7 Wall St.
The Income a Family Really Needs to Avoid Poverty in Every State 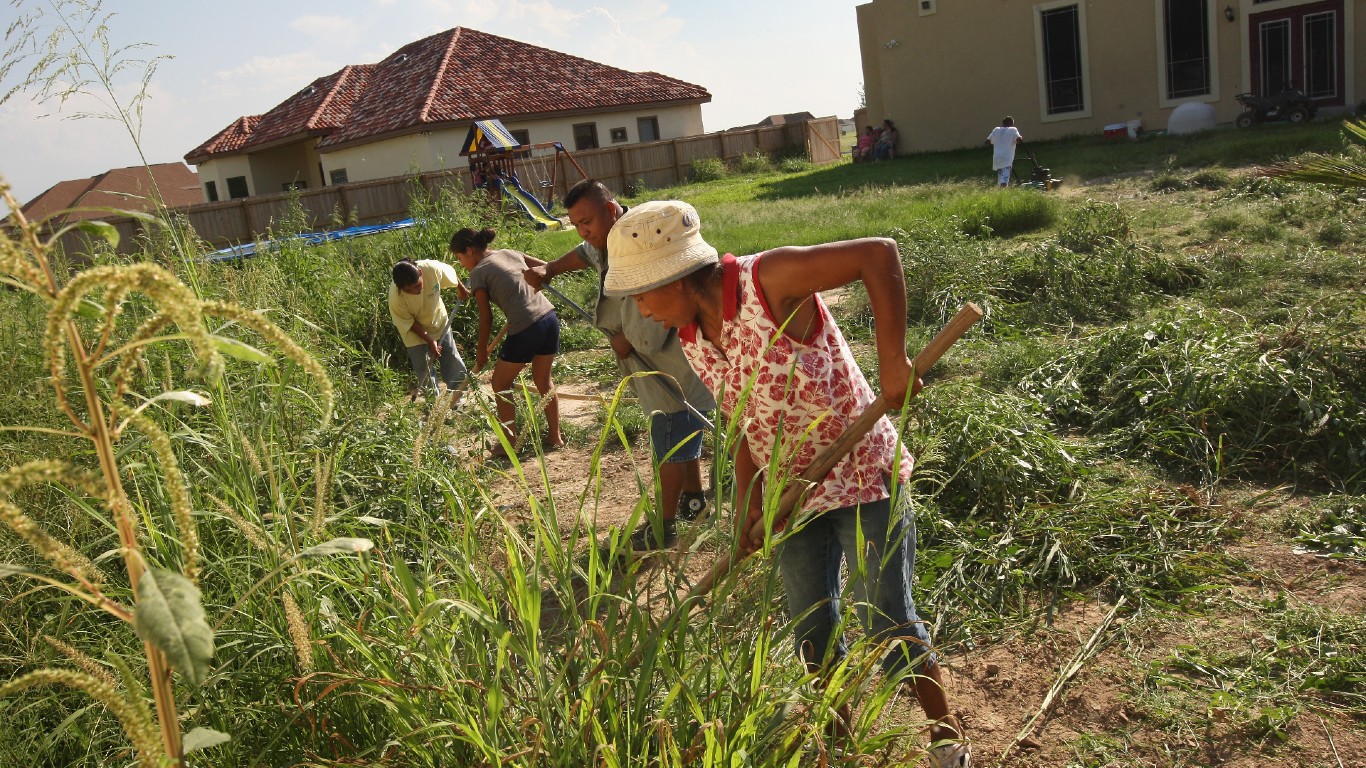 Mi Ranchito Estate, Texas, is one of only three communities in the United States — excluding college and university towns — where more than 90% residents live below the poverty line.

Like many other poor areas in Texas, Mi Ranchito Estate is home to a large Hispanic and Latino population — a group that often faces considerable social and economic hurdles to education and employment in the United States. In Mi Ranchito, only 20.5% of the adult population have a high school diploma, and the five-year average unemployment rate stands at 62.9%. Nationwide, 88% of adults have a high school education, and an average of only 5.3% of the labor force have been unemployed in the last five years. 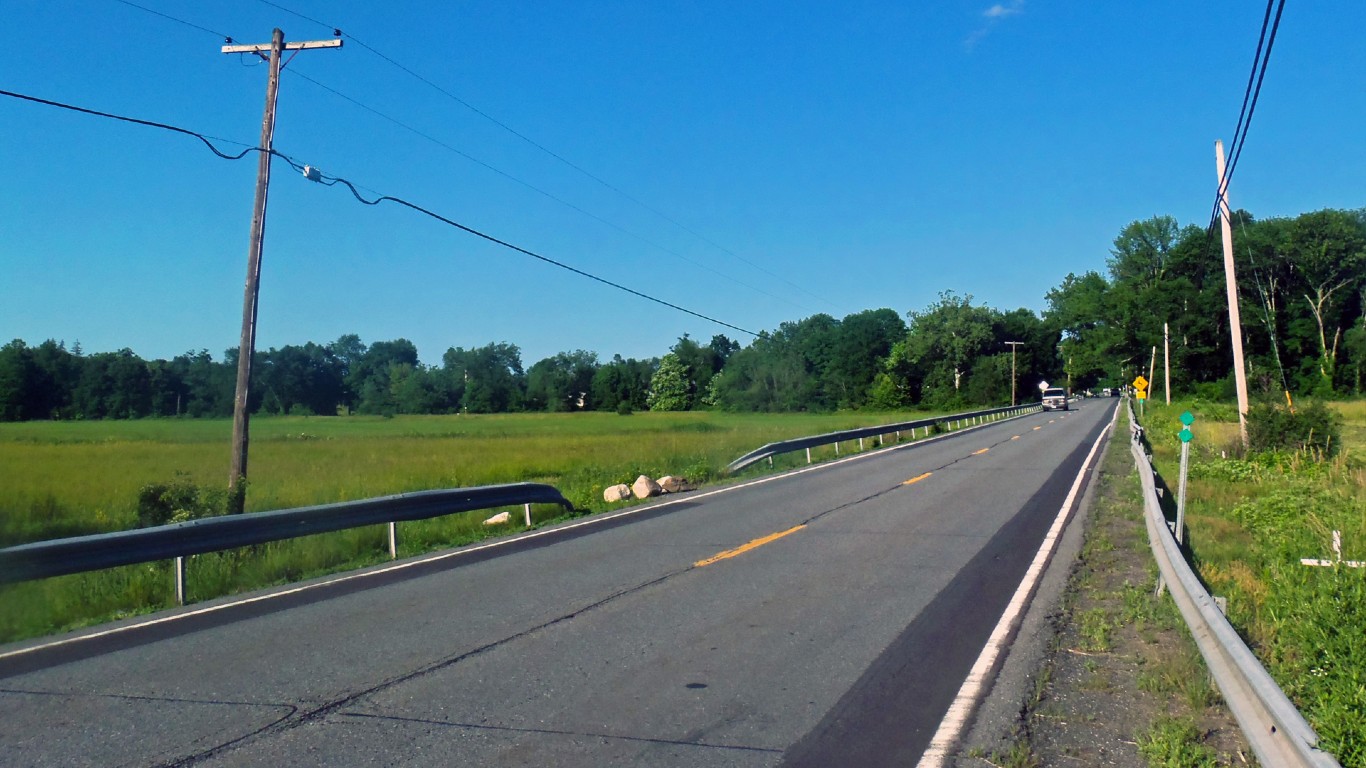 Watchtower is a Census designated place in Ulster County, New York. With a poverty rate of 92%, it is the second poorest place nationwide, excluding college and university towns.

Virtually none of the 2,117 people who live in the hamlet work a typical job or are looking for one. Just 3.3% of the local 16 and older population are in the labor force, a fraction of the 63.4% national labor force participation rate. 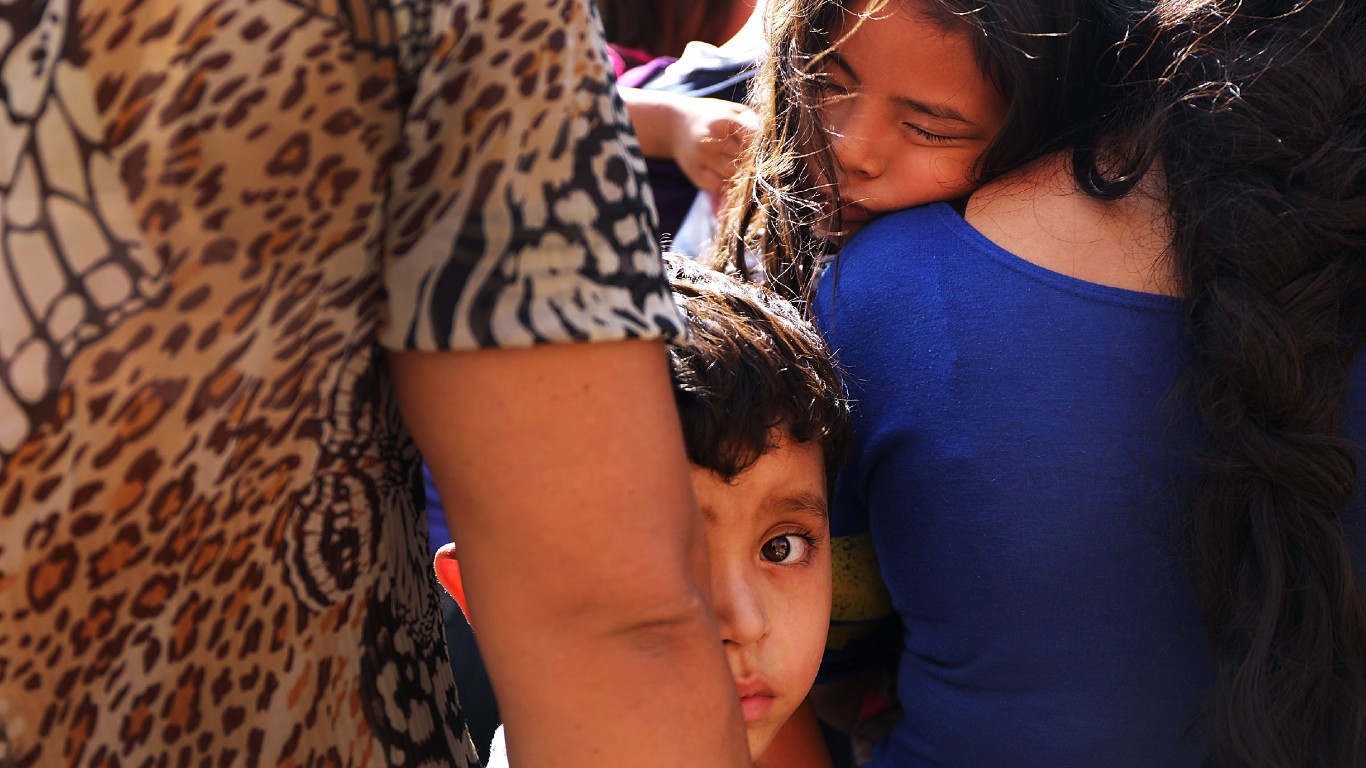 Excluding college and university towns, South La Paloma, Texas, is the poorest place in the United States. The southern Texas community, located about 40 miles west of Corpus Christi, has a poverty rate of 92.5% — nearly seven times higher than the national 13.4% poverty rate.

Like many other poor areas in Texas, South La Paloma is home to a large Hispanic and Latino population — a demographic that often faces considerable social and economic hurdles to education and employment opportunities in the United States. In South La Paloma, only 48% of the adult population have a high school diploma, compared to 88% of adults nationwide.