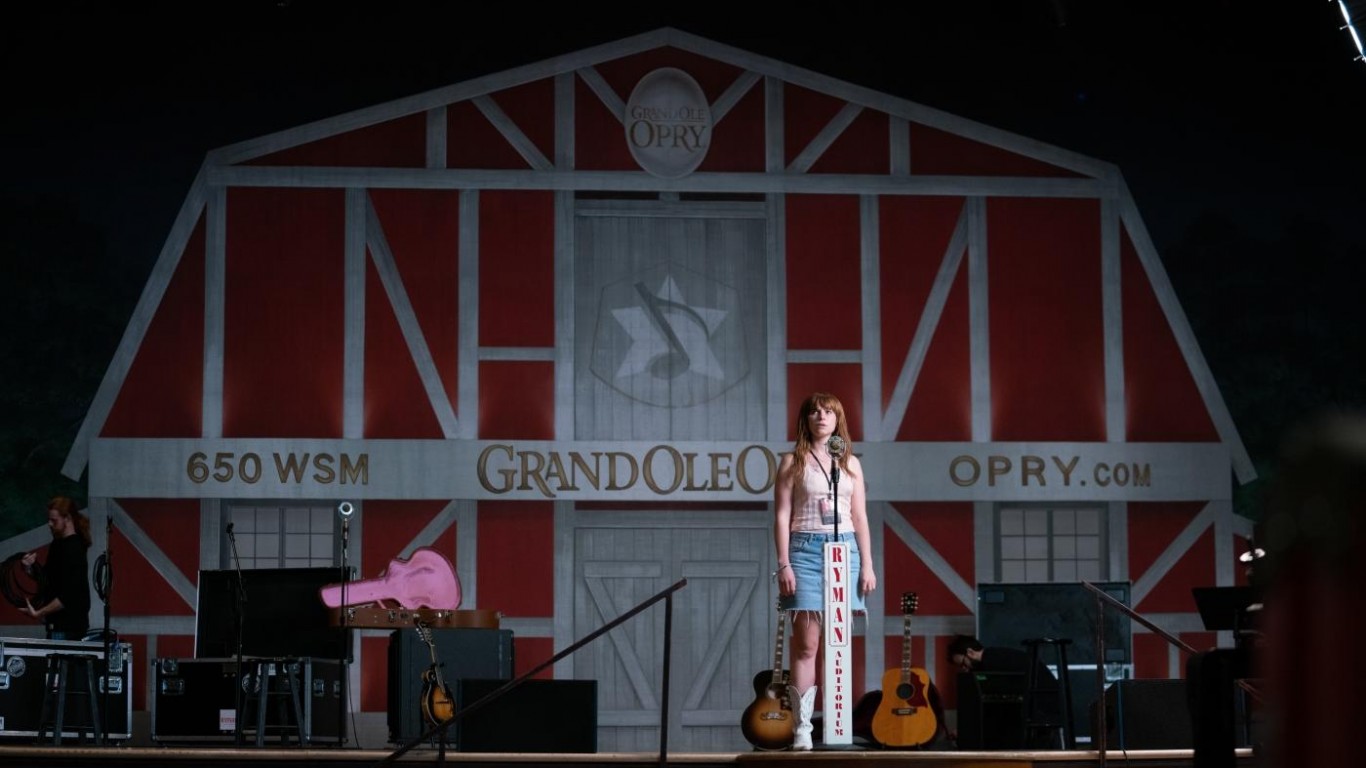 “Wild Rose,” one of the more recent films on this list, is about Rose-Lynn Harlan, a woman from Glasgow, Scotland, who is focused on becoming a country music star while trying to navigate the world in the aftermath of her release from prison as well as the responsibilities of motherhood. Critics on Rotten Tomatoes awarded the film a 92% Freshness rating and were won over by the performance of Irish singer/actress Jessie Buckley, calling it her “transcendent moment.” 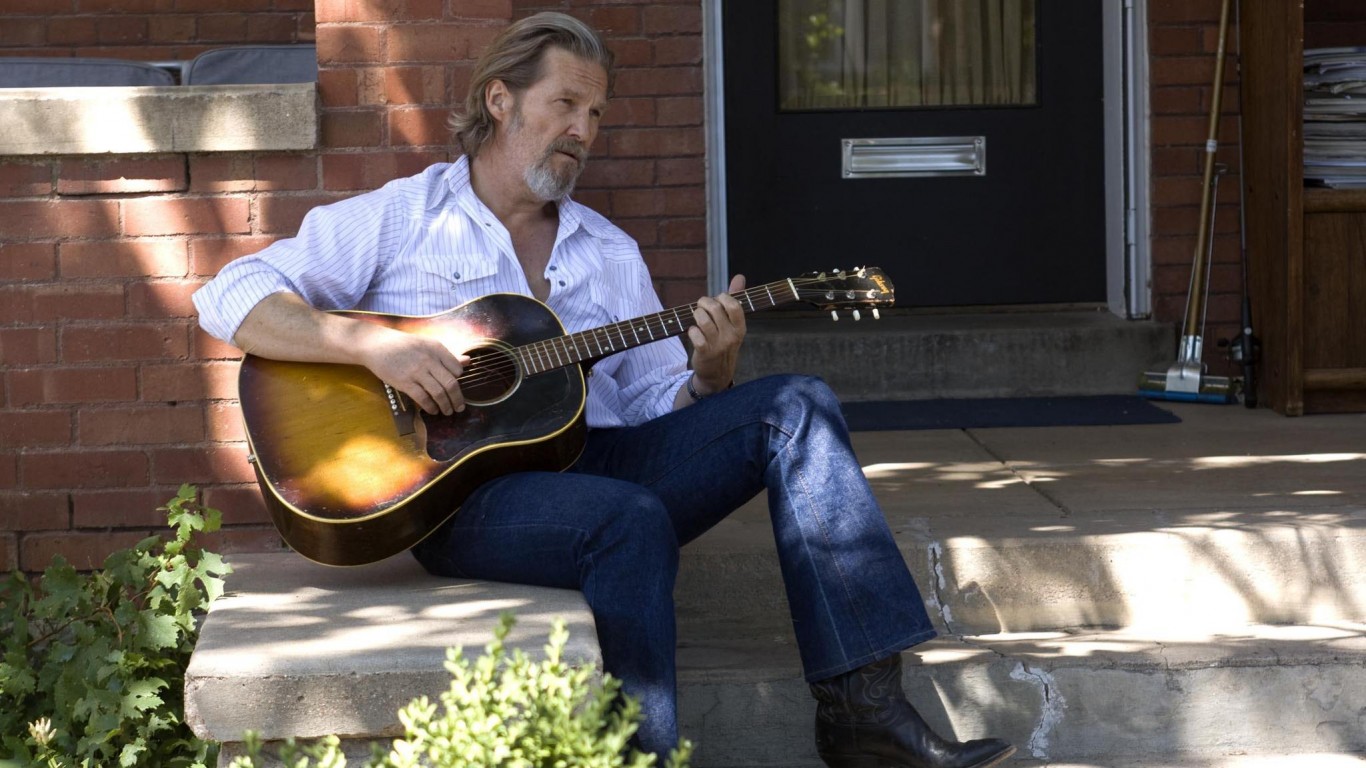 Jeff Bridges won an Oscar for his performance in “Crazy Heart” as aging country musician Bad Blake, who attempts to improve his life as he develops a relationship with a female journalist. The movie — which won over 90% of critics on Rotten Tomatoes — is also notable for its soundtrack, which includes songs by classic country artists, including Buck Owens and Waylon Jennings, as well as the Academy Award-winning track “The Weary Kind,” performed by young gun Ryan Bingham. 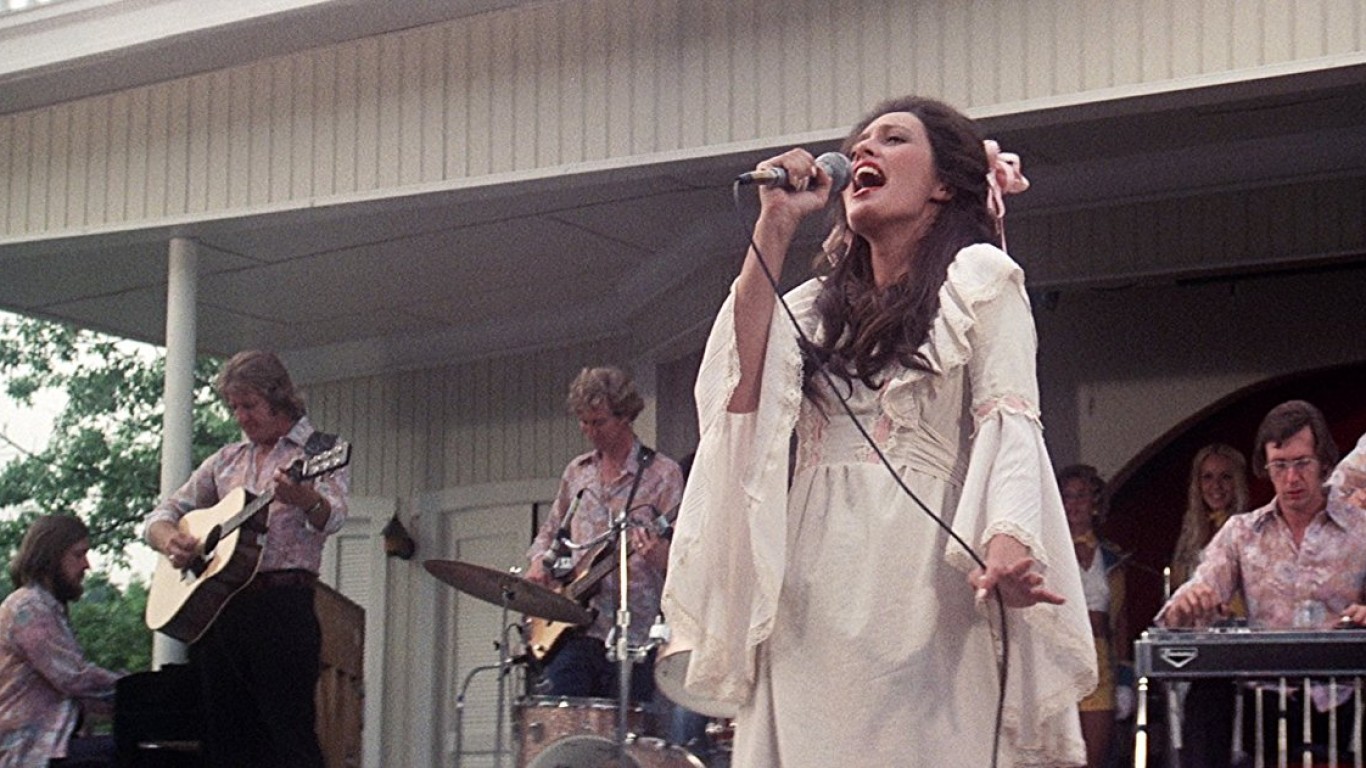 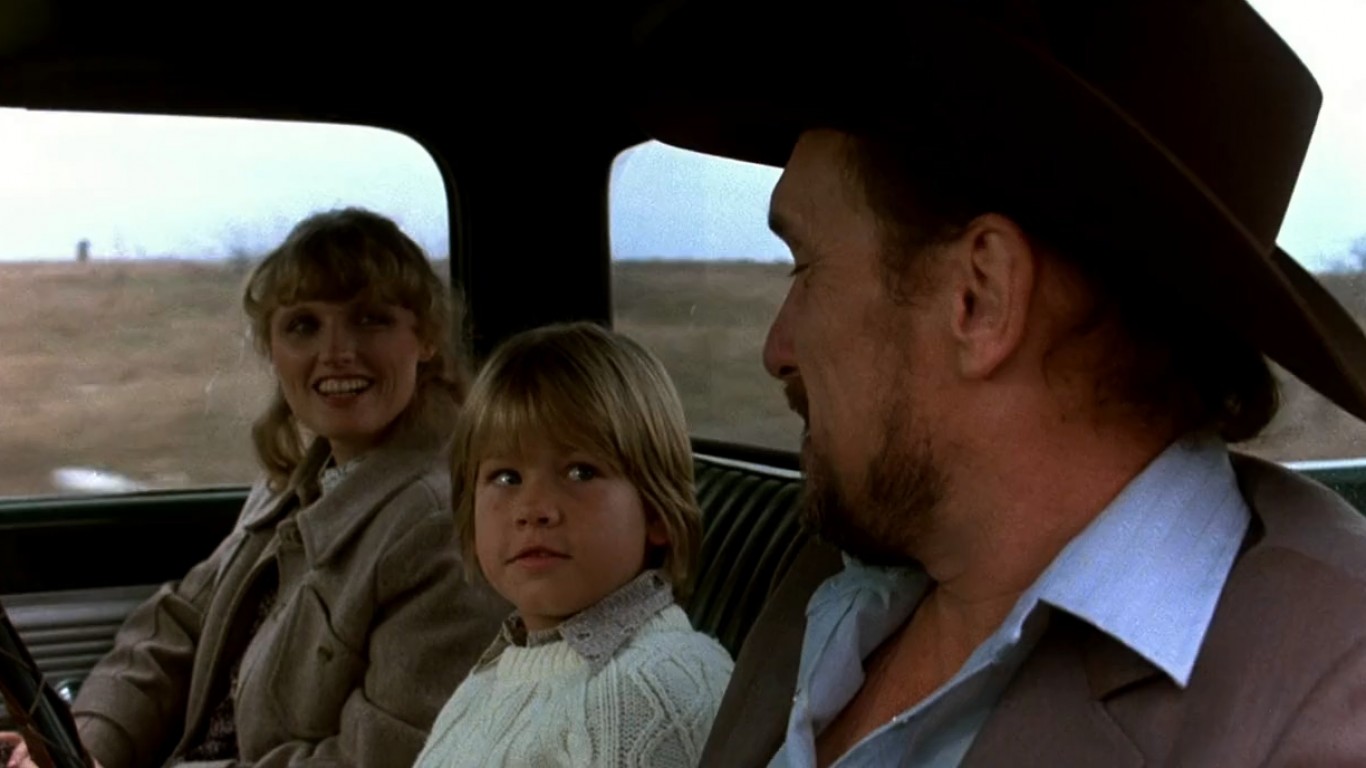 Robert Duvall plays an over-the-hill, alcoholic country singer working for a second chance at life in this moving drama. The film won two Academy Awards: Best Actor for Duvall and Best Screenplay for writer Horton Foote. Duvall — who has often declared his love for country music — would later appear in the thematically similar “Crazy Heart.” 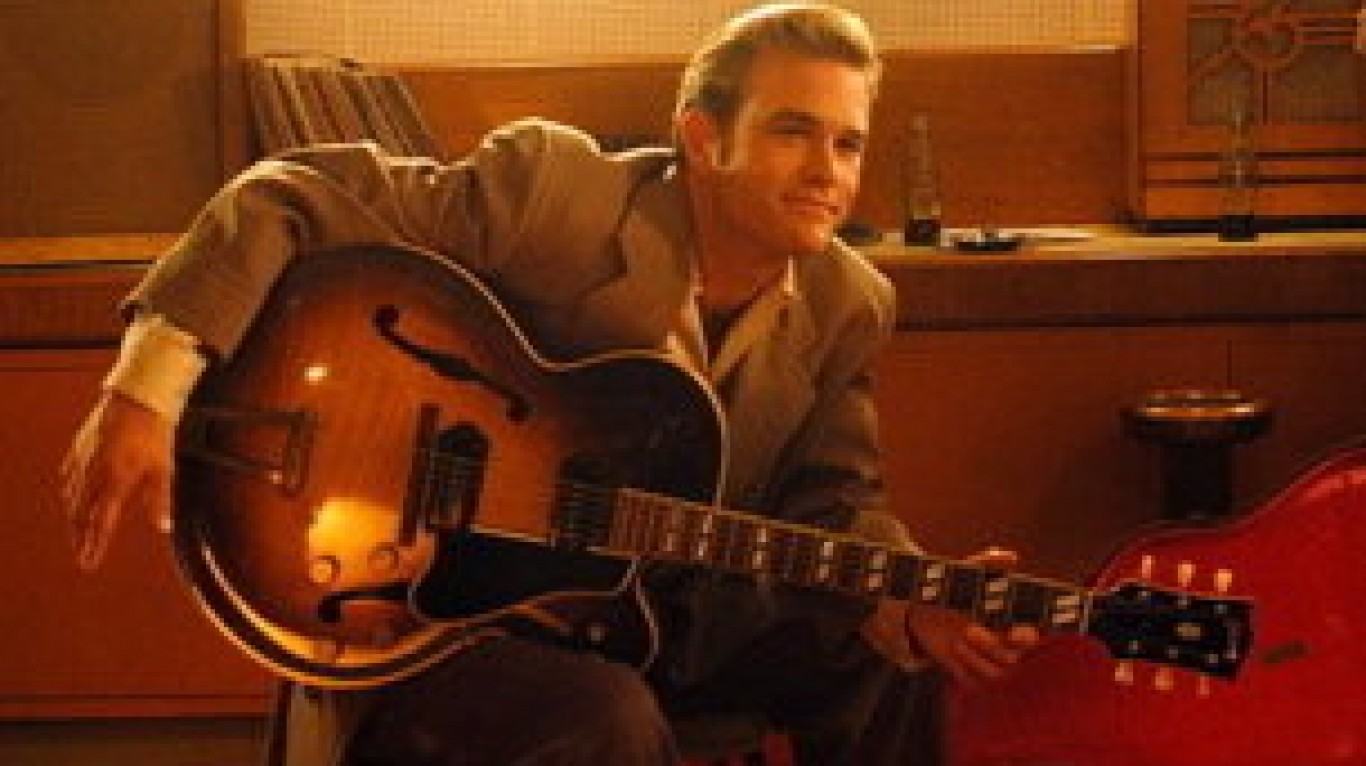 Source: Courtesy of A1 Pictures

“Crazy” is a film inspired by the experiences of renowned guitarist Hank Garland, who performed with music luminaries such as Elvis Presley, Patsy Cline, Roy Orbison, and The Everly Brothers among other legendary country icons. That distinctive guitar twang on the Christmas classics “Jingle Bell Rock” and “Rockin’ Around the Christmas Tree” belongs to him. Garland is credited with pushing the boundaries of country music. The film, directed and co-written by Rick Bieber, holds an audience approval score of 91%.