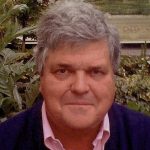 Colman Andrews, a senior editor for 24/7 Wall St., is an internationally known food writer and editor. He was previously the editor in chief of Saveur magazine, which he co-founded, and the vice president and editorial director of TheDailyMeal.com. He is the author of an estimated 3,000 articles, essays, and reviews on food, wine, travel, music, art, architecture, design, the entertainment industry, and social issues, published on three continents, and has written nine books on food, including cookbooks, a biography, and a memoir.

Andrews is the winner of eight James Beard Awards, including 2010 Cookbook of the Year, as well as awards from Britain’s Guild of Food Writers and the International Association of Cooking Professionals. In 1985, he became one of the first 50 figures named to the Who’s Who of Cooking in America. In 2012, the government of Catalonia gave Andrews the Creu de Sant Jordi, its highest civilian honor, for his work in promoting Catalan cuisine.

What was life in America like a century or more ago? We can read about it, of course, in books and articles written at the time as well as in the works of historians of the period. But fortunately,...
Colman Andrews
2 days ago

Etiquette — good manners — is a code of behavior, a set of (highly variable) rules governing how we should behave, theoretically at least, in order to bring the least offense to our...
Colman Andrews
4 days ago

The year-end holidays are a time for celebration and for special meals around festive tables – whether that means wonderfully raucous family gatherings, improvised potlucks with friends, or...
Colman Andrews
8 days ago

States With the Most (and Fewest) Fast Food Restaurants Per Person

It’s no secret that Americans – in common with most populations around the world these days – love fast food.  According to statistics updated this month by The Barbecue Lab, 83% of...
Colman Andrews
12 days ago

Talking Turkey, Cutting the Mustard, and 25 Other Food Phrases

Since food is such an essential part of everybody’s life, it’s hardly surprising that over the centuries people have come up with many phrases, idioms, and metaphors that invoke food to...
Colman Andrews
16 days ago

The Most Iconic Items at America’s Biggest Fast Food Chains

According to a study published in 2018 by the Centers for Disease Control and Prevention, more than 36% of American adults ate fast food on any given day between 2013 and 2016. However much we might...
Colman Andrews
17 days ago

For a dead language, Latin still has plenty of life in it. A dead language is one that’s no longer used as a native tongue. Though there are many more examples around the world, the most famous...
Colman Andrews
20 days ago

Pablo Picasso, the rapper Prodigy, and the fourth president of the United States have something in common: They all died while eating. There’s an old Catalan proverb that says “The table...
Colman Andrews
22 days ago

There are three main facets to the typical restaurant experience: ambiance, meaning the overall feeling of the place; food (obviously); and service. A good restaurant scores with all three on a...
Colman Andrews
27 days ago

The term “happy hour” seems to have been used originally to describe a weekly opportunity for sailors in the U.S. Navy to relax and let off steam during World War I. There may have been...
Colman Andrews
1 month ago

12 Restaurant Chains With the Best Service

What constitutes good service in a restaurant? The specifics obviously vary according to the kind of establishment. In a pricey, white-tablecloth place, a diner might reasonably expect a...
Colman Andrews
1 month ago

An earworm is a song or song fragment that gets stuck in your head, on endless repeat, for a day or a week or more. According to the experts, about 90 percent of people experience one at least once a...
Colman Andrews
1 month ago

The Best Cities for Golfers in America

According to the National Golf Foundation, 106 million Americans over the age of 6 – almost a third of the population – had some kind of interaction with golf last year. We played it on-...
Colman Andrews
1 month ago

The Most Expensive Restaurants in the World

Poverty and food insecurity are rampant in the world, and even the wealthy are feeling the pinch of recession and inflation. Nevertheless, somehow there is still a market for $10 million yachts, $20...
Colman Andrews
2 months ago
Get Our Free Investment Newsletter