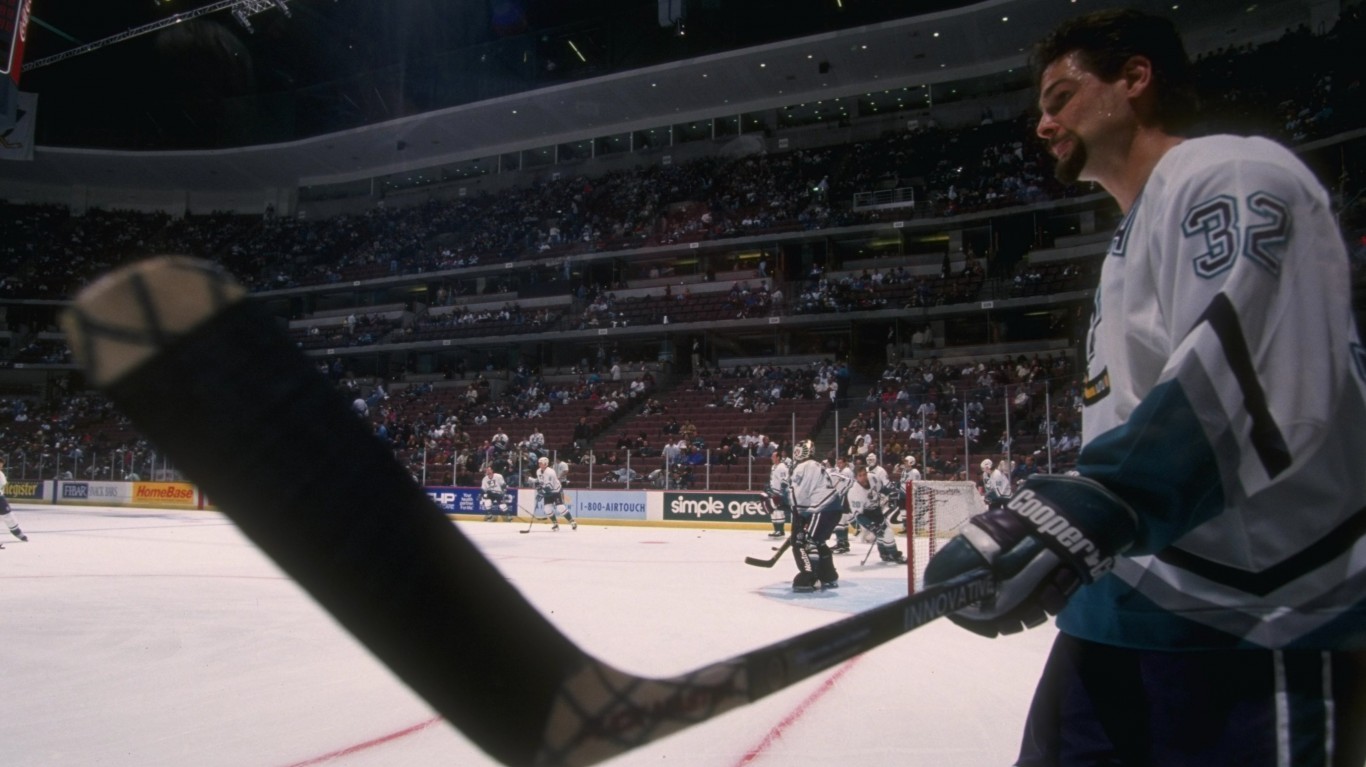 Stu Grimson was an NHL left winger for 14 seasons, playing for seven different franchises, including the Mighty Ducks of Anaheim, Chicago Blackhawks, and Detroit Red Wings. Though he played well on defense, Grimson was an offensive liability, recording just 17 goals and 22 assists in 729 career games. He also spent over 2,100 minutes in the penalty box. 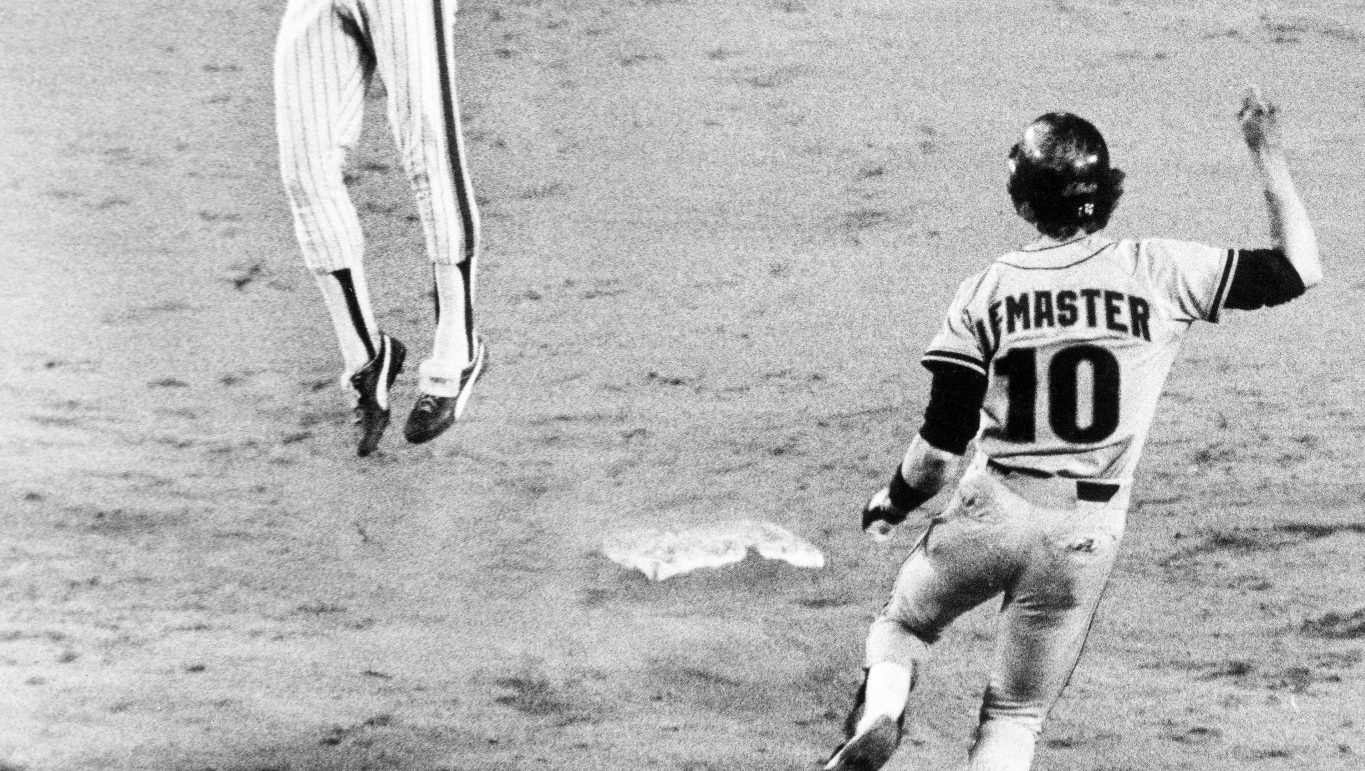 Shortstop Johnnie LeMaster was drafted sixth overall out of high school in 1973 and made it to the big leagues with the San Francisco Giants in 1975 at age 21. LeMaster was a below average defender and batted just .222 for his 12-year career. The light-hitting shortstop had just 22 career home runs in over 1,000 games.

He spent over a decade with the Giants and rounded out his career with brief stints in Cleveland, Oakland, and Pittsburgh — though his batting average never exceeded a paltry .155 in any subsequent stop.

24/7 Wall St.
The Sports Teams Worth the Most Money 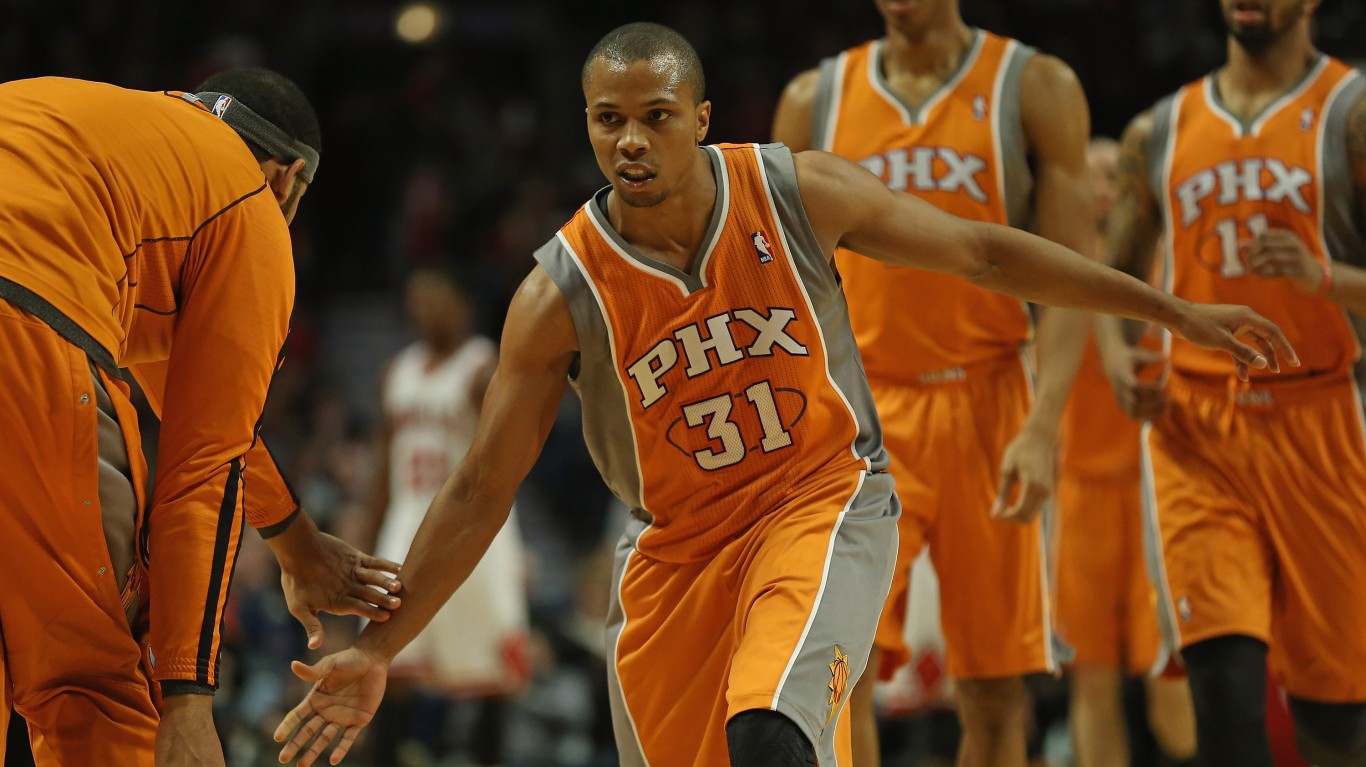 After being drafted 13th overall in 2004 by the Portland Trail Blazers, guard Sebastian Telfair bounced around to seven other franchises in his 10 NBA seasons. Telfair averaged 7.4 points and 3.5 assists per game and shot only 39.0% from the field for his career.

Telfair posted negative offensive and defensive box plus/minus for his career and had a negative overall value over replacement players — meaning that he contributed less to his team’s success than a typical backup in the NBA. 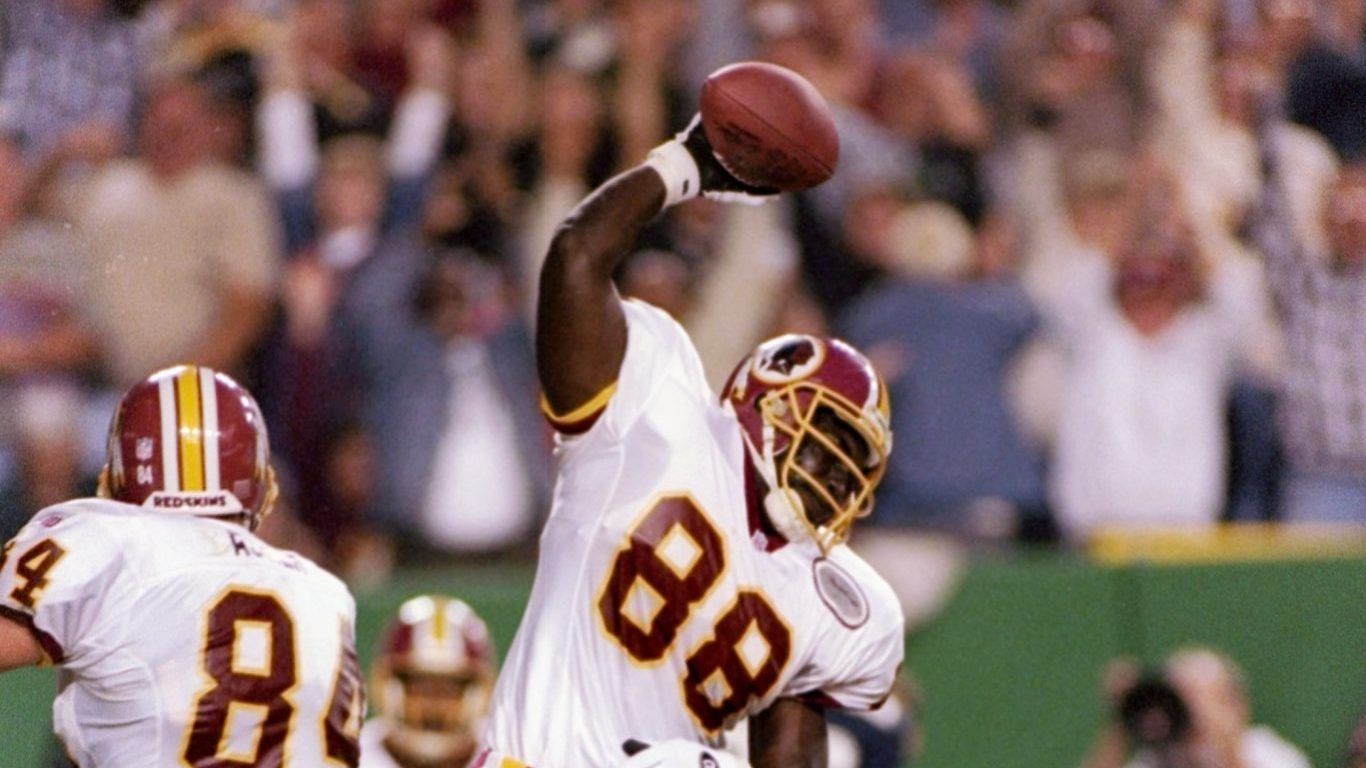 James Jenkins was an undrafted free agent out of Rutgers, but he managed to keep his NFL career going for a decade, serving as a blocking tight end for the Washington Football Team. He was a member of Washington’s 1992 Super Bowl winning team, though he played sparingly during that season, appearing in five games. In his 10 years in the NFL, Jenkins caught 15 passes for 114 total yards. 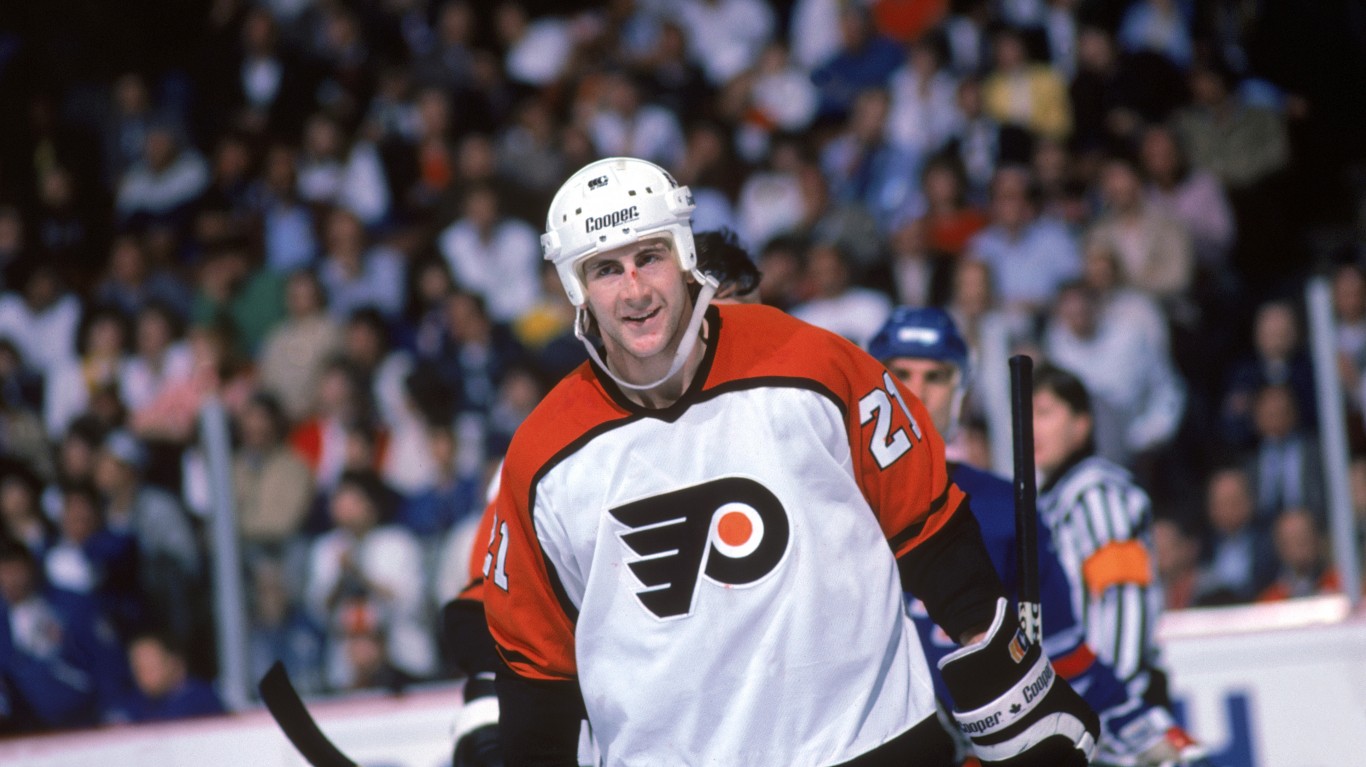 Right winger Dave Brown played 14 NHL seasons — 11 with the Philadelphia Flyers, three with the Edmonton Oilers, and one final year with the San Jose Sharks. In 729 career games, he recorded just 45 goals and 52 assists, or 0.06 goals and 0.07 assists per game. Brown was a member of Edmonton’s 1990 Stanley Cup winning team, though he appeared in just three games during the postseason run.