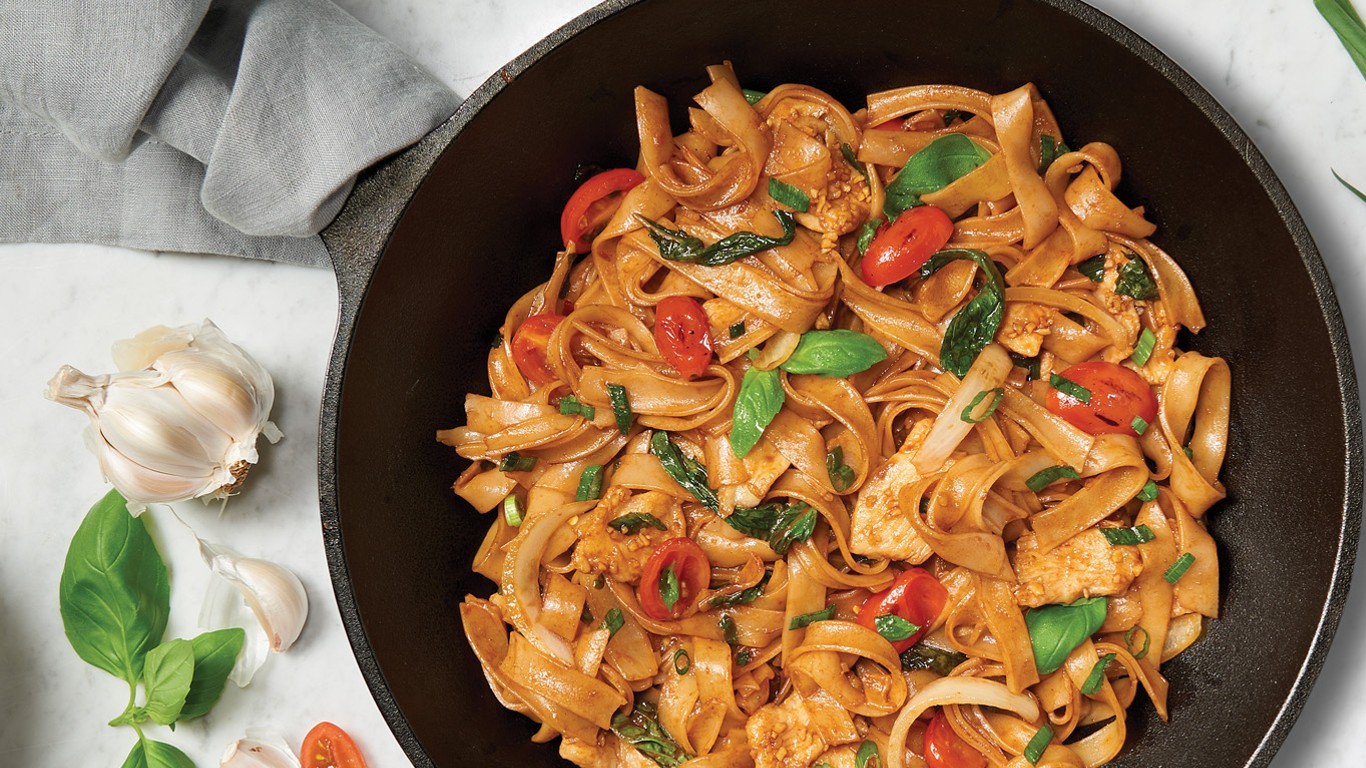 Back in 1989, a Chinese immigrant named Charlie Zhang opened a restaurant in Rancho Santa Margarita, California, that offered a menu of wok’d-to-order Chinese dishes adapted to the American palate by decreasing the oil and increasing the cooking wine, vinegar, and soy sauce. It proved to be a success, and today Pick Up Stix is a popular fast-casual chain with 70 locations, the majority in Southern California. The signature dish is House Special Chicken, made with white wine, garlic, and soy sauce; other favorites include cream cheese wontons, Orange Peel Chicken, Mongolian Beef, Firecracker Chicken, and Beef and Broccoli. 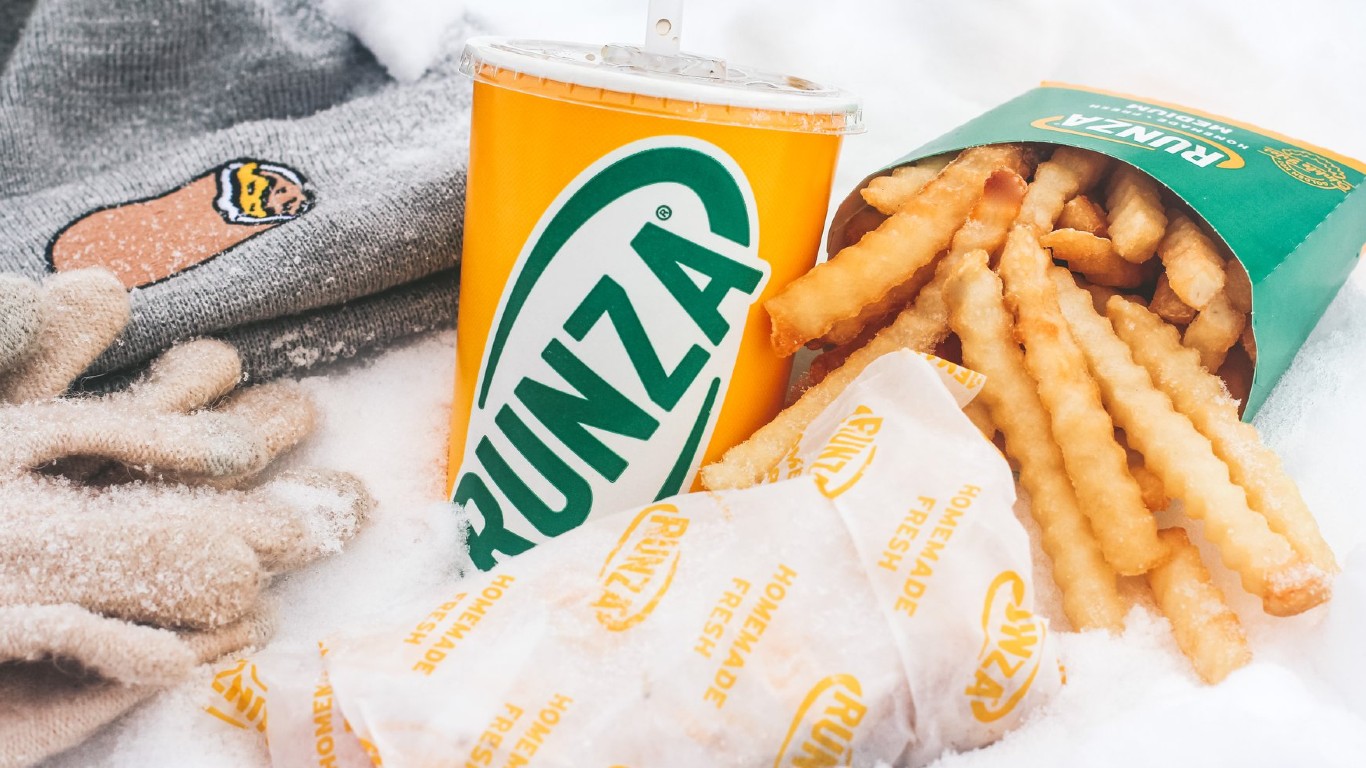 If you’re from Nebraska, you definitely know what a runza is. If you’re not from the region? Then you’ve been missing out. Originally brought to the region by German immigrants, the runza, also called a bierock, is a long yeast-raised bread pocket traditionally filled with a mixture of ground beef, cabbage, and onions. At the chain of the same name, founded in Lincoln, Nebraska, in 1949 by Sally Everett and her brother, Alex Brening, traditional runzas are joined by Southwest-style, BBQ bacon, and cheeseburger runzas. They also sell burgers, salads, and chicken sandwiches, but at Runza, it’s all about the runza. 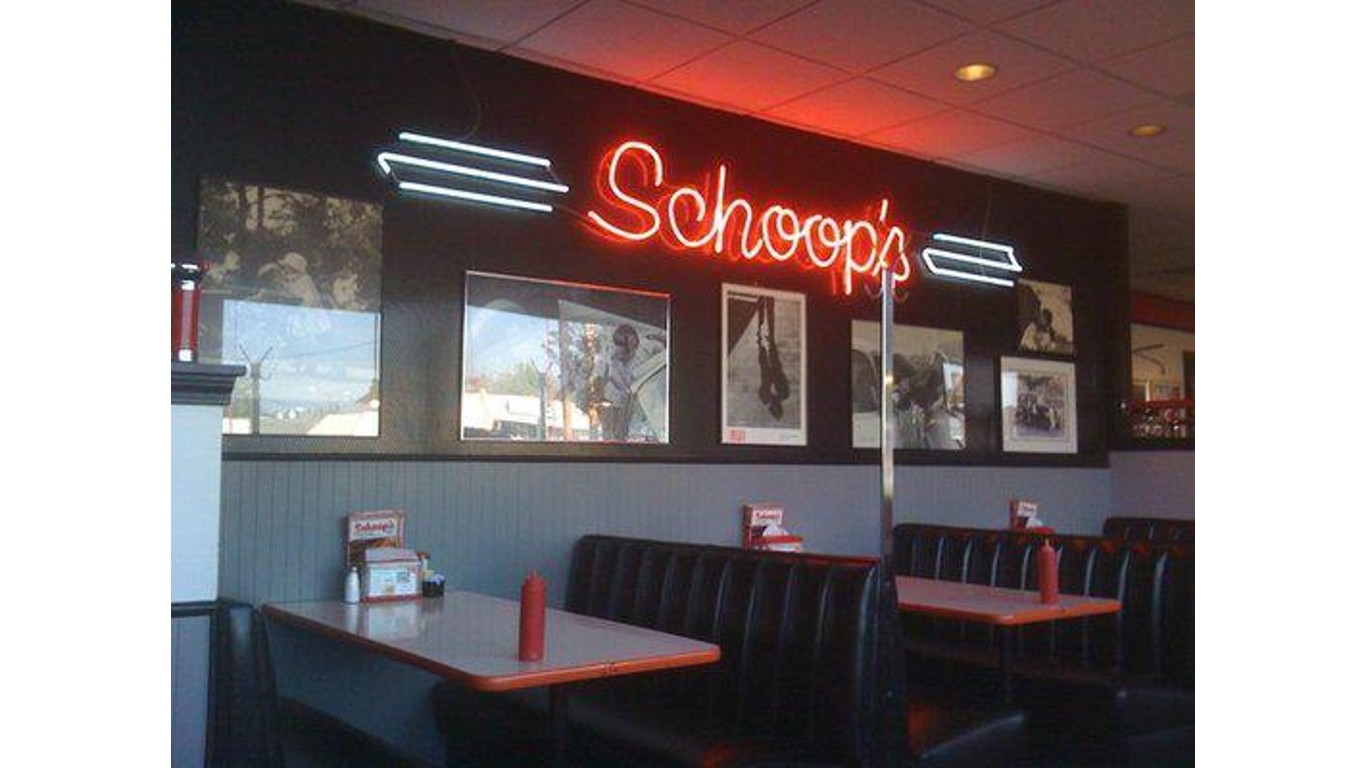 A classic old-school burger chain if ever there was one, Schoop’s was founded in Hammond, Indiana, in 1948 and today has 17 locations in northwestern Indiana and the southern Chicago suburbs. The burgers here are made with beef ground fresh daily, but what sets them apart is the way they’re cooked: The beef patties are smashed down on the griddle as they sear, resulting in a super-crusty burger with edges that hang out over the soft bun. It’s a style that’s all the rage these days, but Schoop’s has been doing it right for more than 70 years. 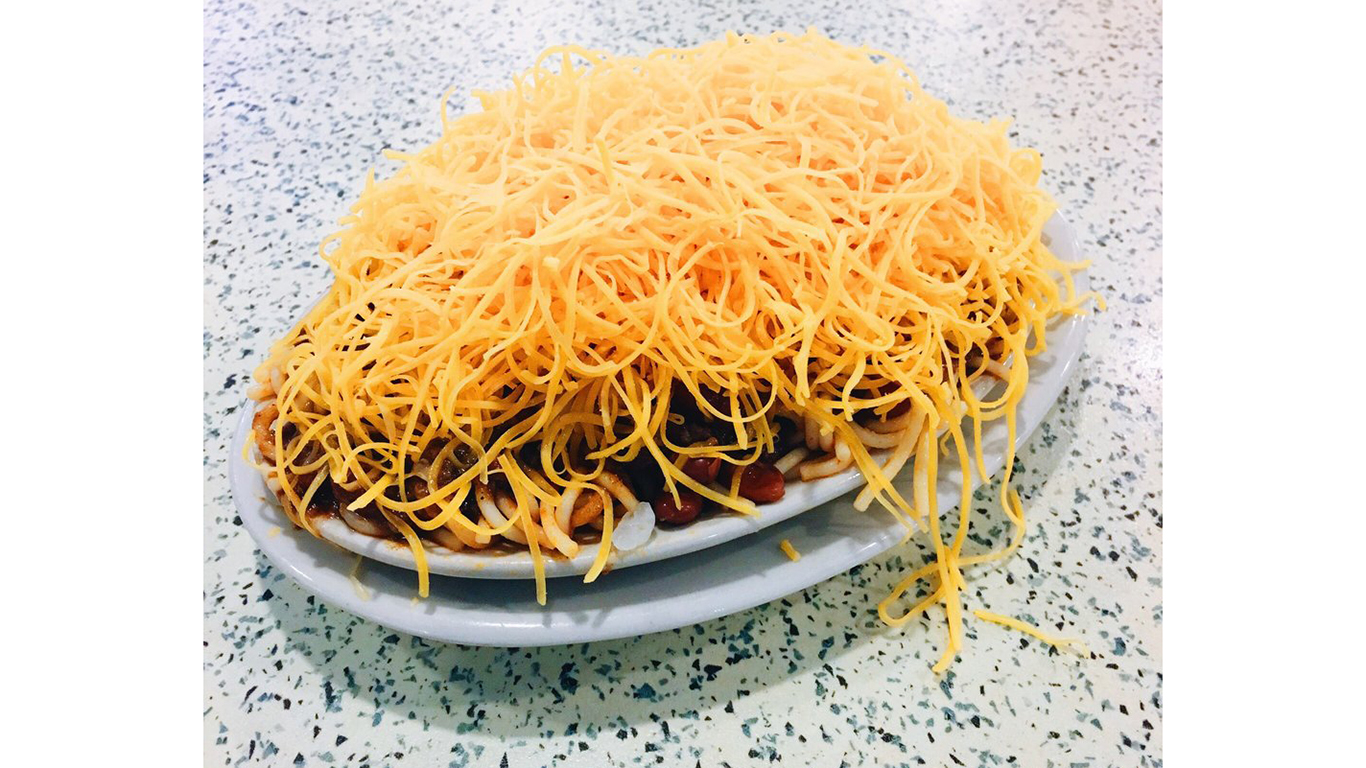 Chili is a way of life in Cincinnati, and few chili parlors are as synonymous with Cincy as Skyline, founded there by Greek immigrant Nicholas Lambrinides in 1949. Cincinnati-style chili (which is more a cinnamon-scent meat sauce than a Texas-style “bowl of red”) is traditionally served atop hot dogs, or, more famously, on a big style of spaghetti. Order it “three-way” and it’ll come with a heap of shredded cheese; “four-way” adds beans of onions; “five-way” adds both. Cincinnati is home to countless chili parlors, but with 160 area locations, Skyline is perhaps the best-known. 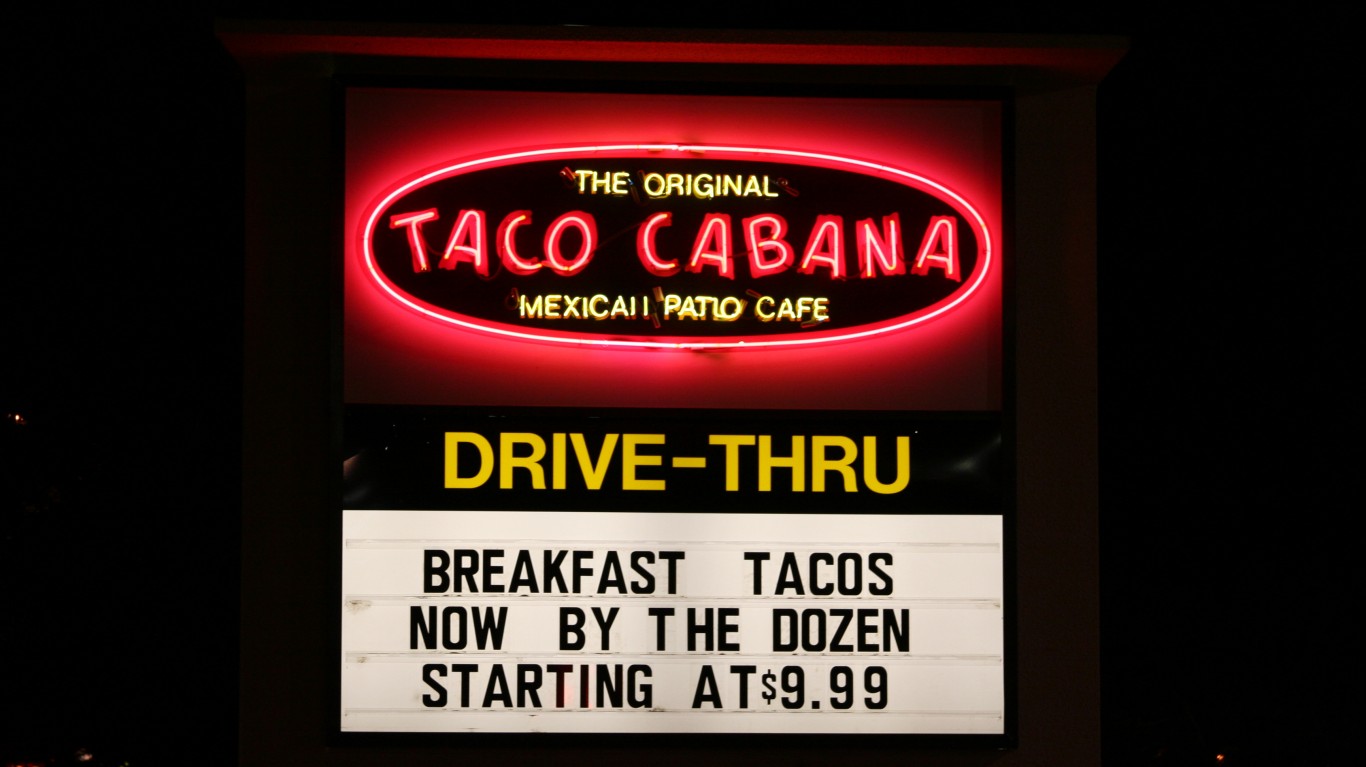 Founded by Felix Stehling as a simple taco stand in San Antonio in 1978, Taco Cabana has since become a beloved fast casual Mexican chain with locations throughout New Mexico and Texas. Known for its recognizable pink neon sign and menu items including fajitas and tortillas that are scratch-made daily in open kitchens, Taco Cabana has a far-reaching menu of Mexican and Mexican-American classics like tacos, nachos, quesadillas, flautas, and breakfast tacos.