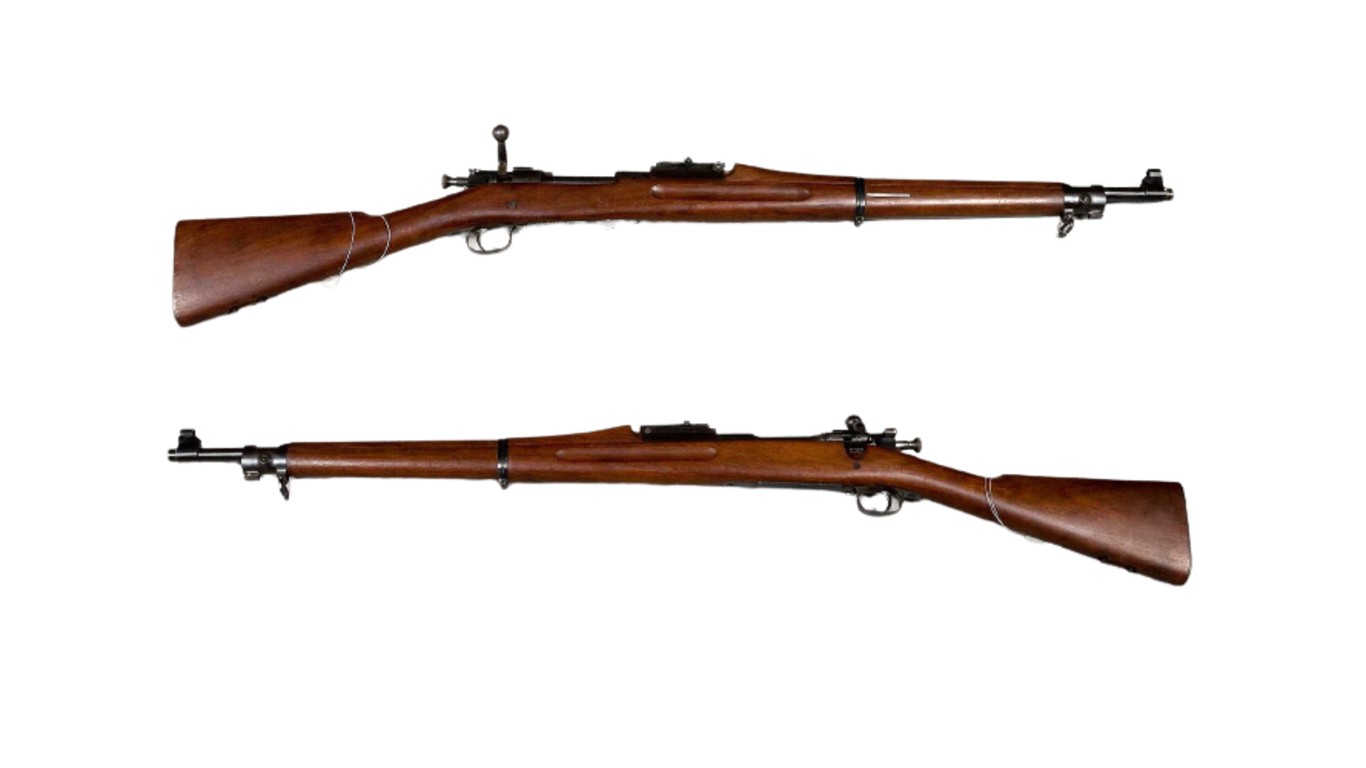 The Springfield 1903 is a five-round magazine bolt-action rifle. It was adopted by the U.S. military around the beginning of the 20th century and saw action during World War I and to some extent in World War II, though it was outdated at that point. It was a deadly accurate weapon that could be fired and reloaded rapidly. 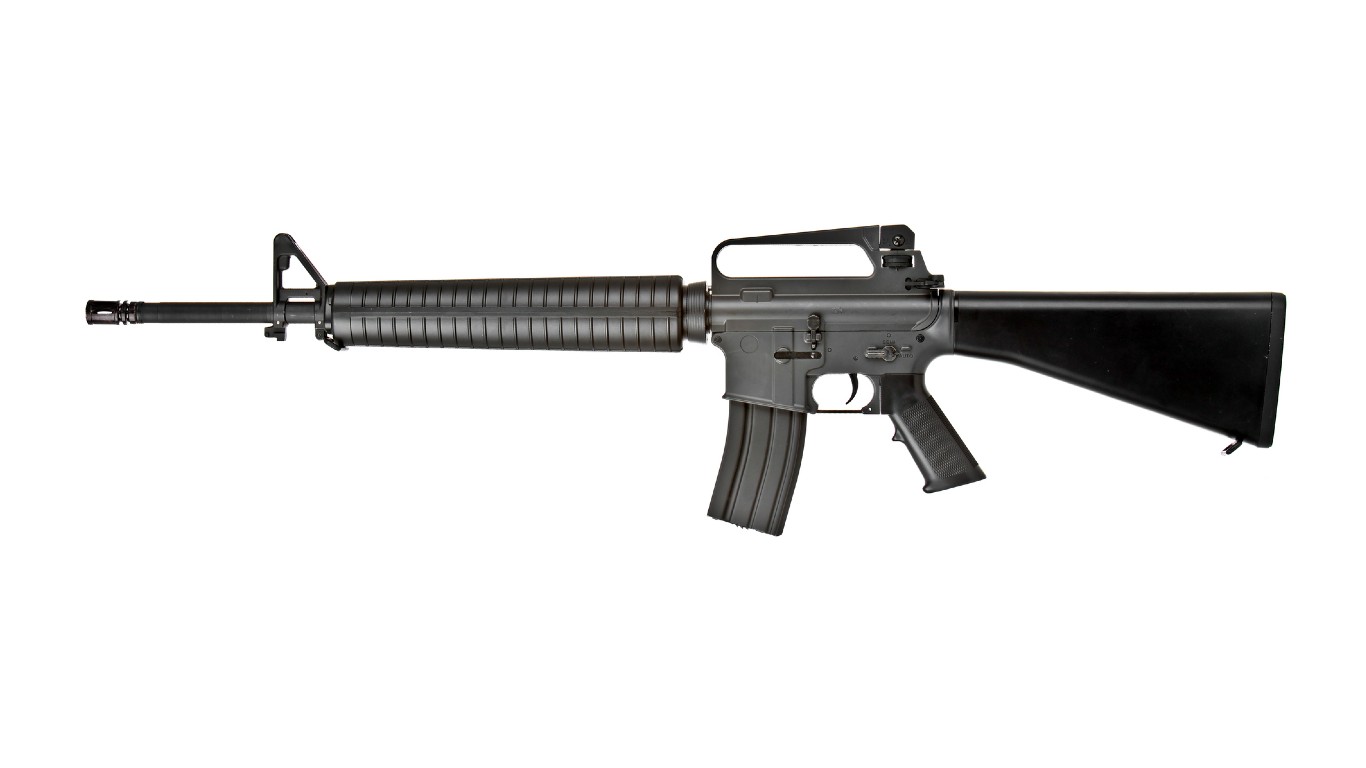 The first assault rifle was German-made and first saw widespread action during World War II. Assault rifles have detachable magazines for rapid reloading and several different rates of fire. AR’s are the most popular weapon for soldiers in the modern world and have improved considerably since their first conception. The Soviet AK-47 and American M16 are two of the most iconic assault rifles. 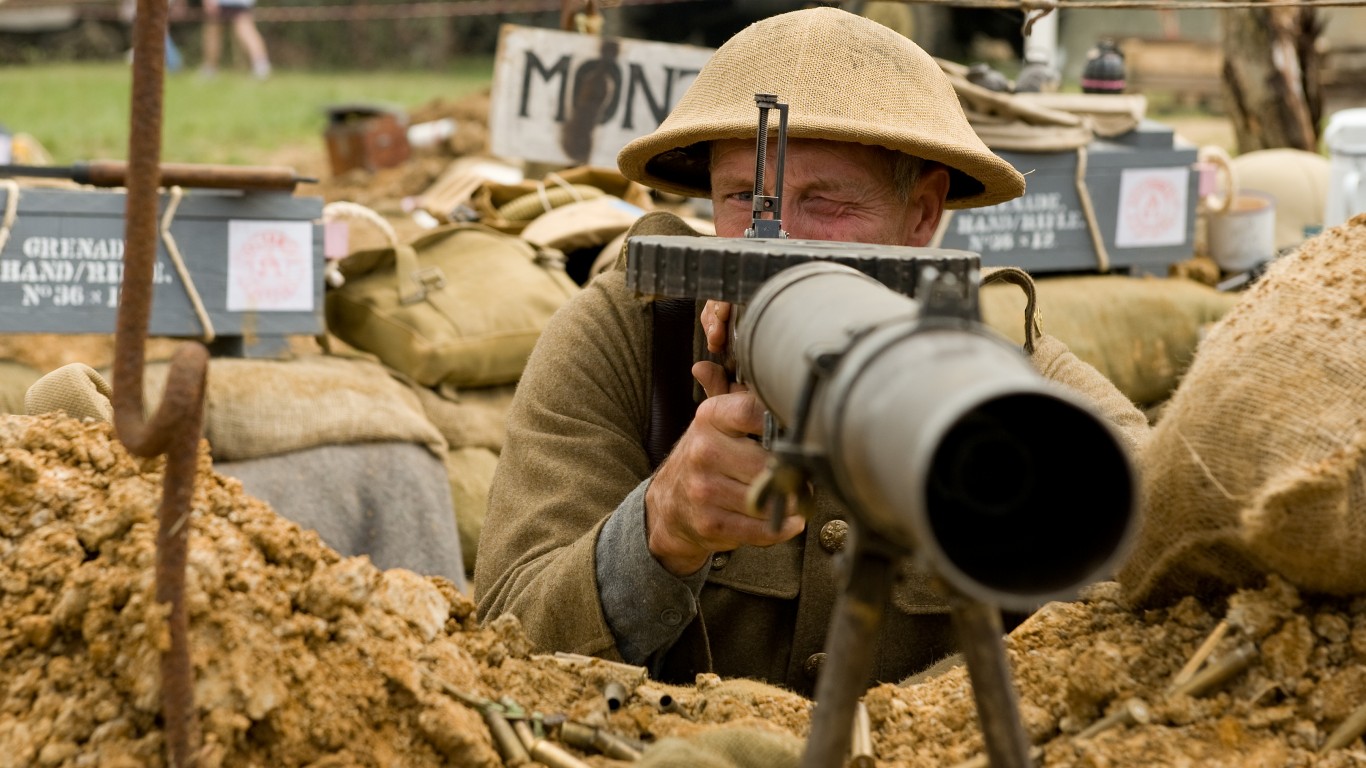 Machine guns saw widespread use in World War I with devastating effect. At the time, machine guns were heavy, required several people to operate, and were prone to overheating. However, they unleashed carnage on the battlefield like the world had never seen before. In many ways, the weapons of the time were ahead of the tactics and commanders often foolishly sent soldiers and cavalry to charge in only to see them mowed down by these rapid-fire weapons. 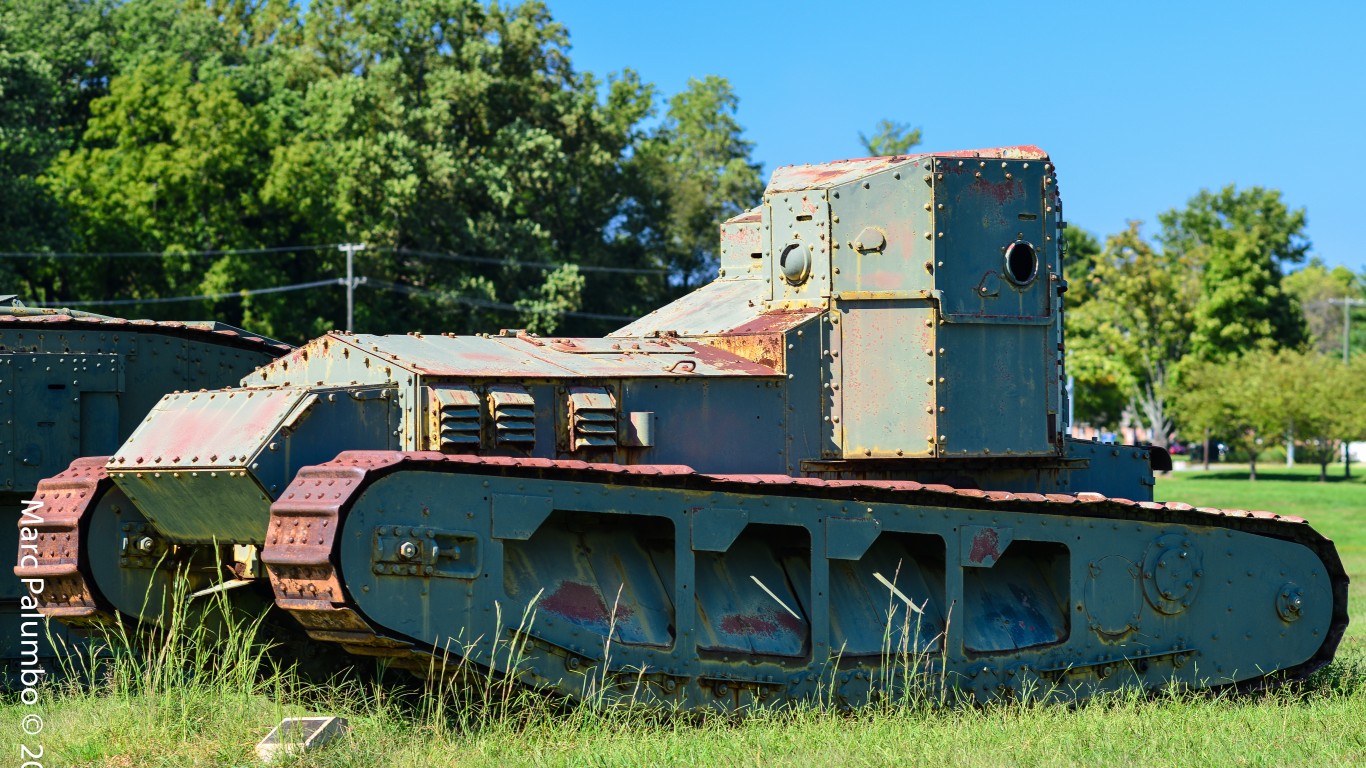 Tanks were originally invented to break the deadlock of World War I trench warfare. These heavily armored vehicles used treads instead of wheels and were armed with machine guns and naval cannons. Winston Churchill is regarded as one of the key figures who pushed for the development of tanks to turn the tide of the war. 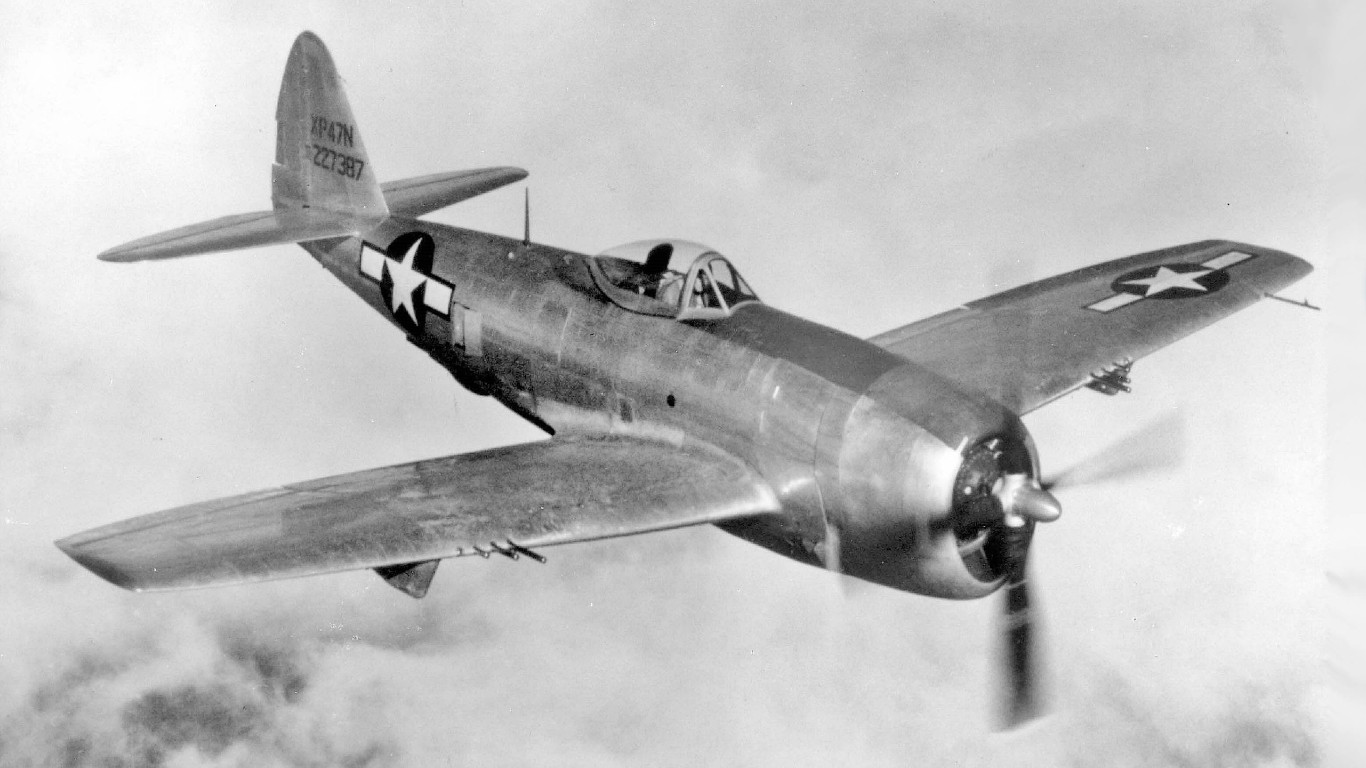 World War I was the first time airplanes saw widespread action in combat. Fight-bombers were equipped with machine guns to take down enemy aircraft and a limited number of bombs to drop on targets. Bombing accuracy was poor at the time but a successful hit could devastate exposed enemy troops. Pilots suffered high numbers of casualties and flying was still very dangerous even when not in combat. 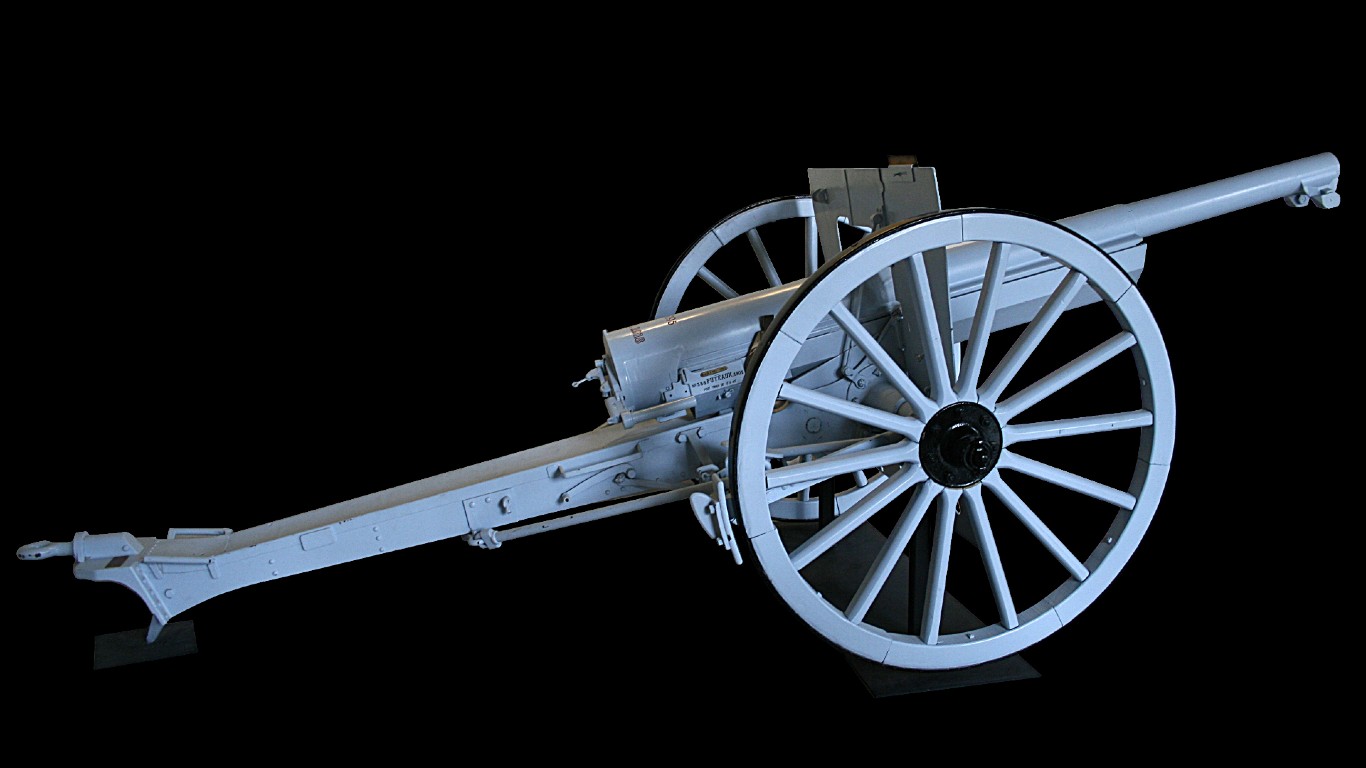 Commonly known as the French 75, the cannon was originally designed to fire anti-personnel shrapnel shells but was later adapted to also use high-explosive shells and toxic gas shells. It was first adopted by French forces in 1898 and was a huge advancement in technology. New aiming and loading technology meant the cannon could fire significantly faster than other similar weapons at the time. Further, the gun did not shift after firing so artillery crews were not forced to re-align it after every shot. It saw extensive usage in World War I and some in World War II.