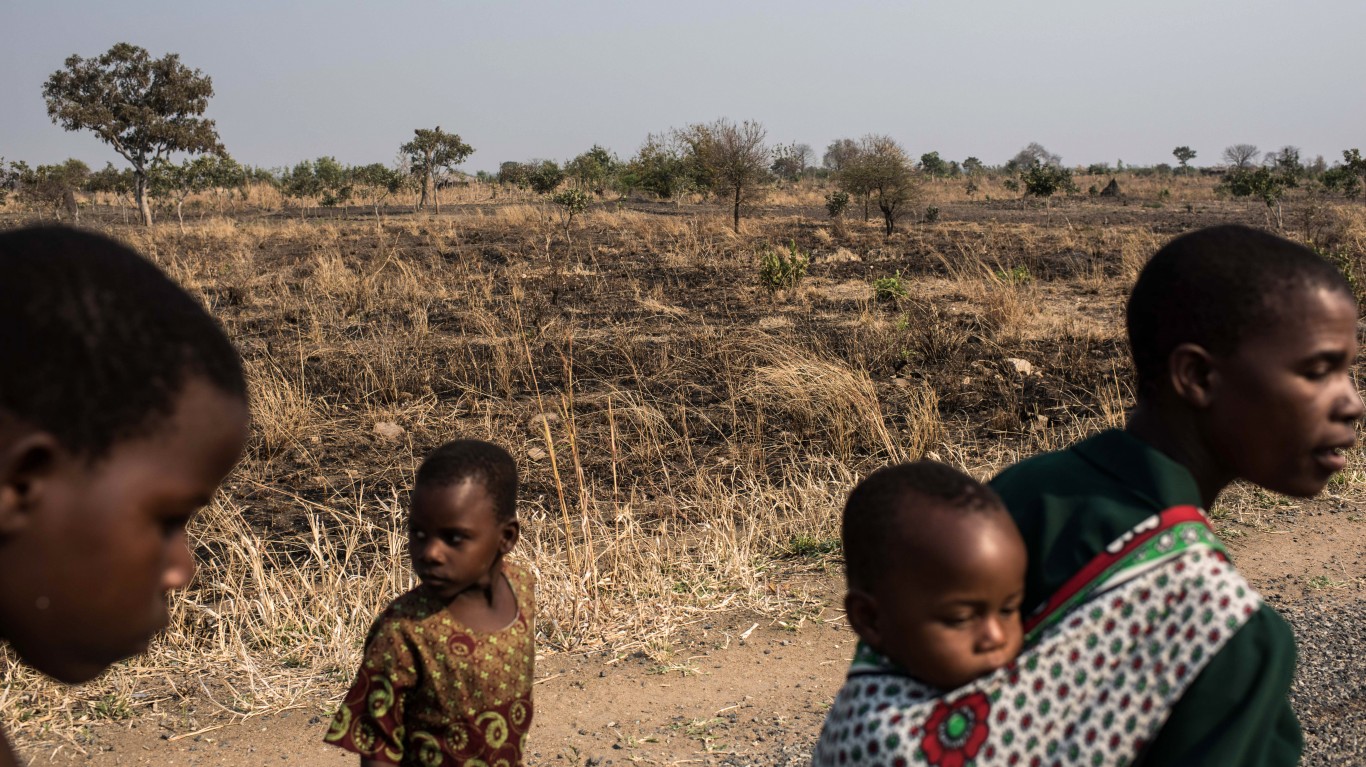 Increased frequency of droughts and floods poses the greatest environmental threat to this landlocked country in the southeast of the African continent. For example, in 2015, maize production plunged by 30% due to floods in the south, followed by a countrywide drought that put nearly one in five Malawians at risk of food insecurity. Extreme rainfall events and droughts are highly likely to increase in the decades to come. 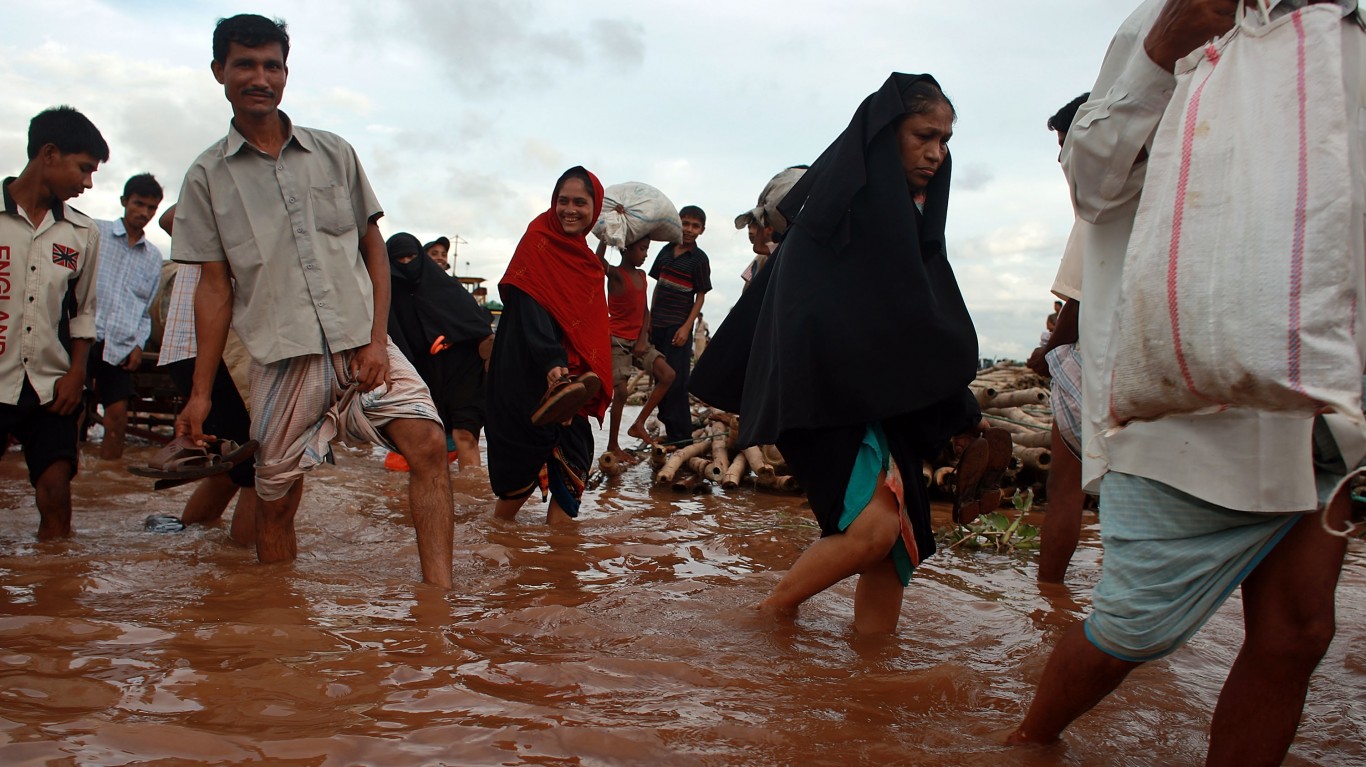 One of the most densely populated countries in the world is situated in a low-lying coastal region with an extensive river delta. This makes Bangladesh highly susceptible to rising sea levels and extreme weather events, particularly from tropical cyclones. In 2017, Cyclone Mora displaced a half-million Bangladeshis. Rapid urbanization, high poverty rates, and poor infrastructure make the county particularly susceptible to the effects of climate change.

ALSO READ: How Much of Every State Has Burned in Wildfires 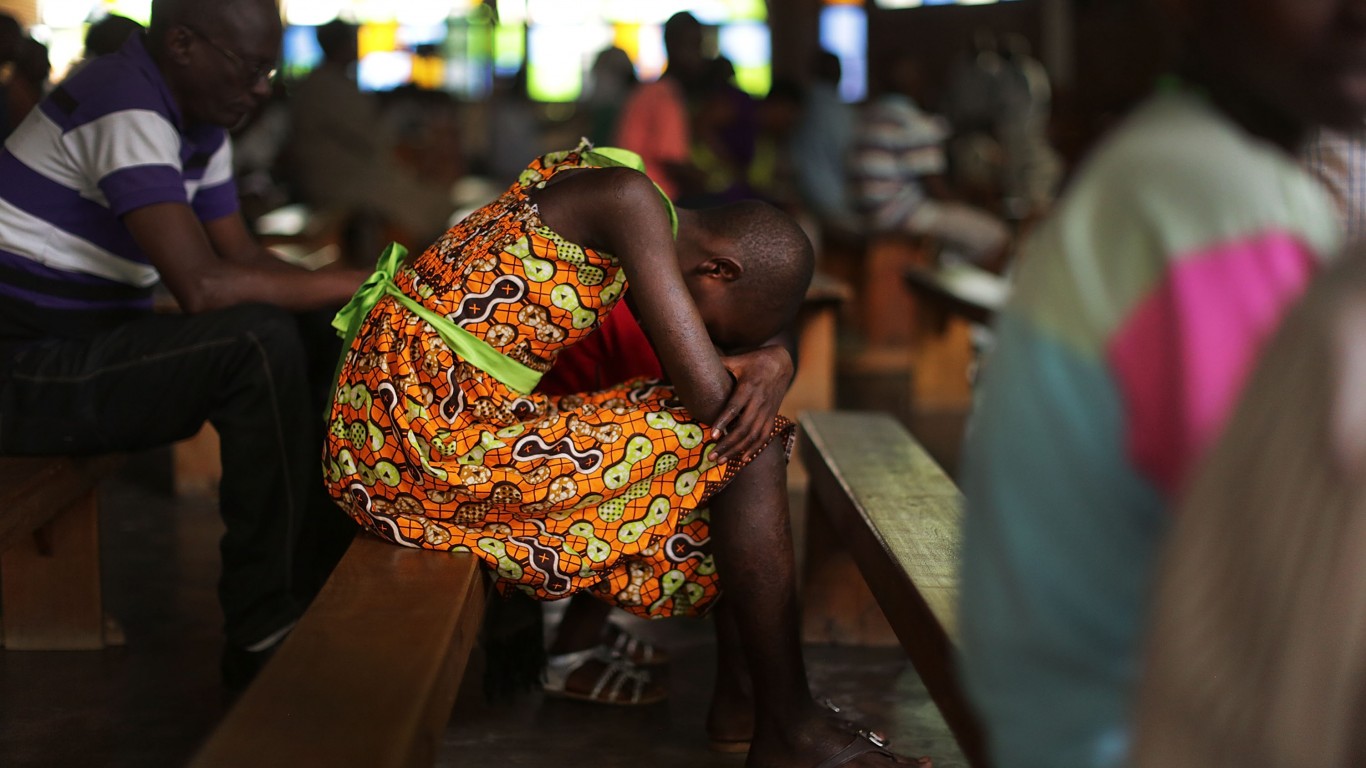 This landlocked low-income tropical country is one of the most densely populated in sub-Saharan Africa, with about 80% of the population employed in agricultural activities, led by subsistence farming. Development efforts are being hampered by more frequent and intense rainfall and flooding, less predictable precipitation patterns, and rising temperatures. Deforestation and soil exhaustion also pose risks to the environment and economy. 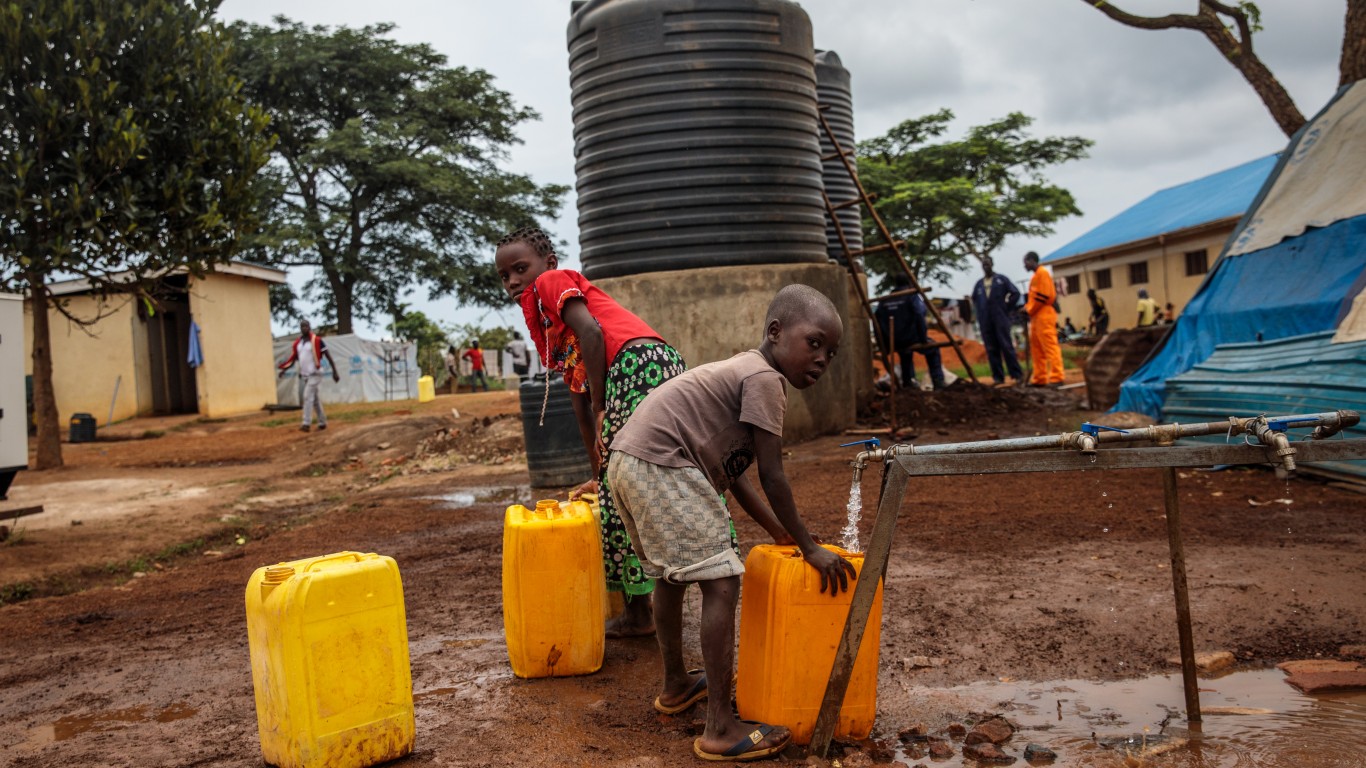 Like other countries in East Africa, the biggest threats to Uganda from climate change is the increased frequency of natural disasters like floods, droughts, and landslides. These hazards have reduced crop yields and increased loss of livestock among the country’s many subsistence farmers, threatening them with food insecurity. The situation is especially severe in the country’s northeastern Karamoja, one of the world’s poorest regions. Growing seasons have been disrupted by increased precipitation in months that were previously dry. 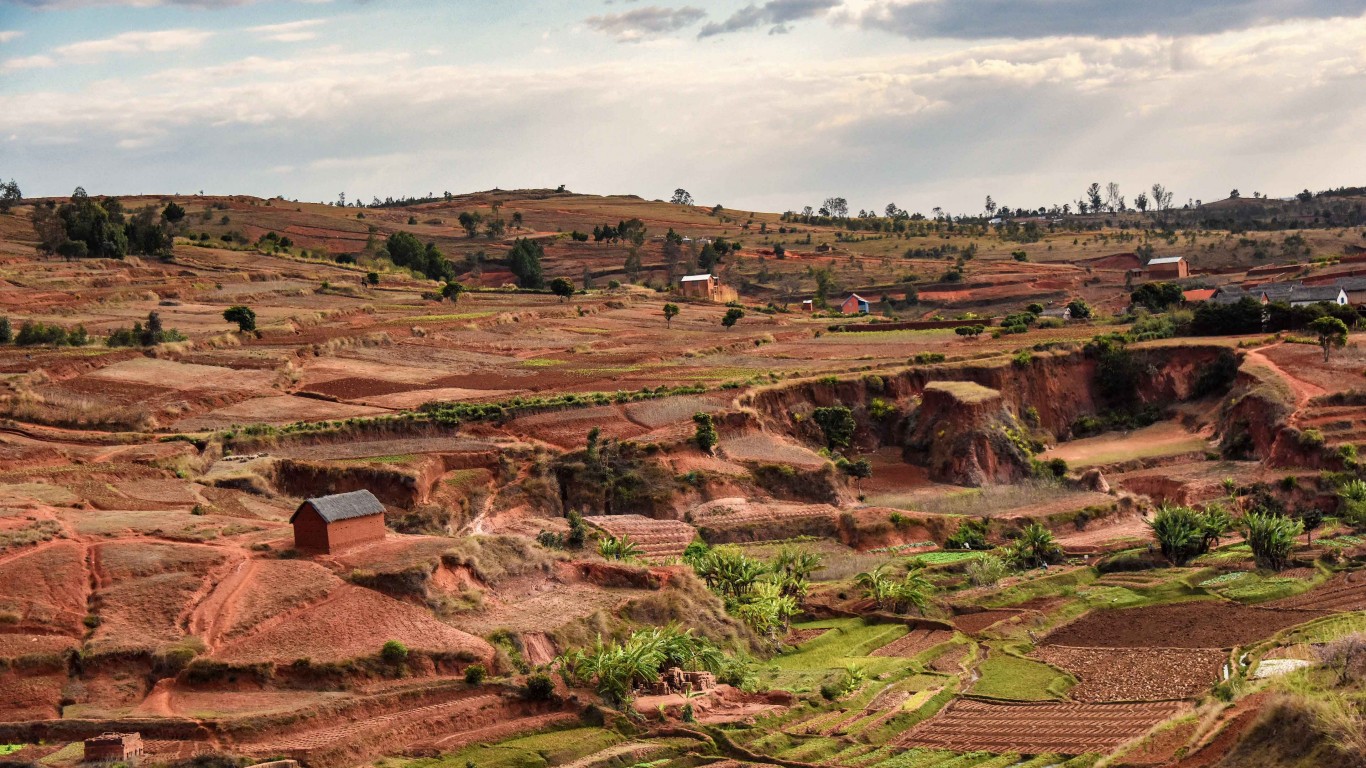 Situated in the Indian Ocean off the African mainland coast, Madagascar averages about three tropical cyclones per year. As those storms become more frequent and more powerful, Madagascar will bear the brunt of these and other extreme weather events affecting East African coastlines. Rising temperatures and increased unpredictability of seasonal rainfall will exacerbate damage to agricultural activities in a country already grappling with high rates of food insecurity, deforestation, and soil erosion.