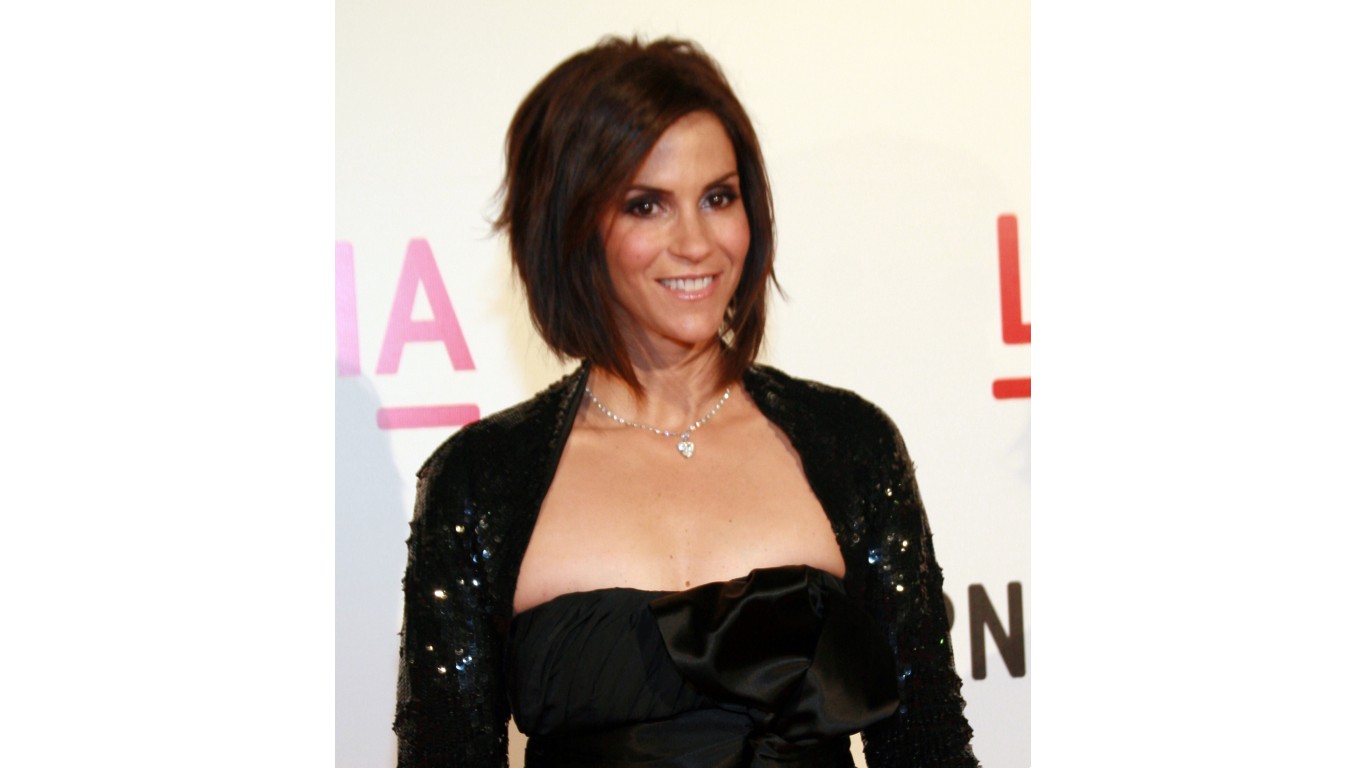 The actress and wife to the multi-billionaire business executive Tony Ressler, Jami Gertz owns two beautiful homes. The first is on Malibu’s Broad Beach, one of the most desirable locales in the area. She bought the other one in Beverly Hills for $3.4 million in 1999. Situated on a high hillside, it offers 360º panoramic views of Los Angeles. Her famous neighbors include Mark Wahlberg, Denzel Washington, Sylvester Stallone, and Eddie Murphy. 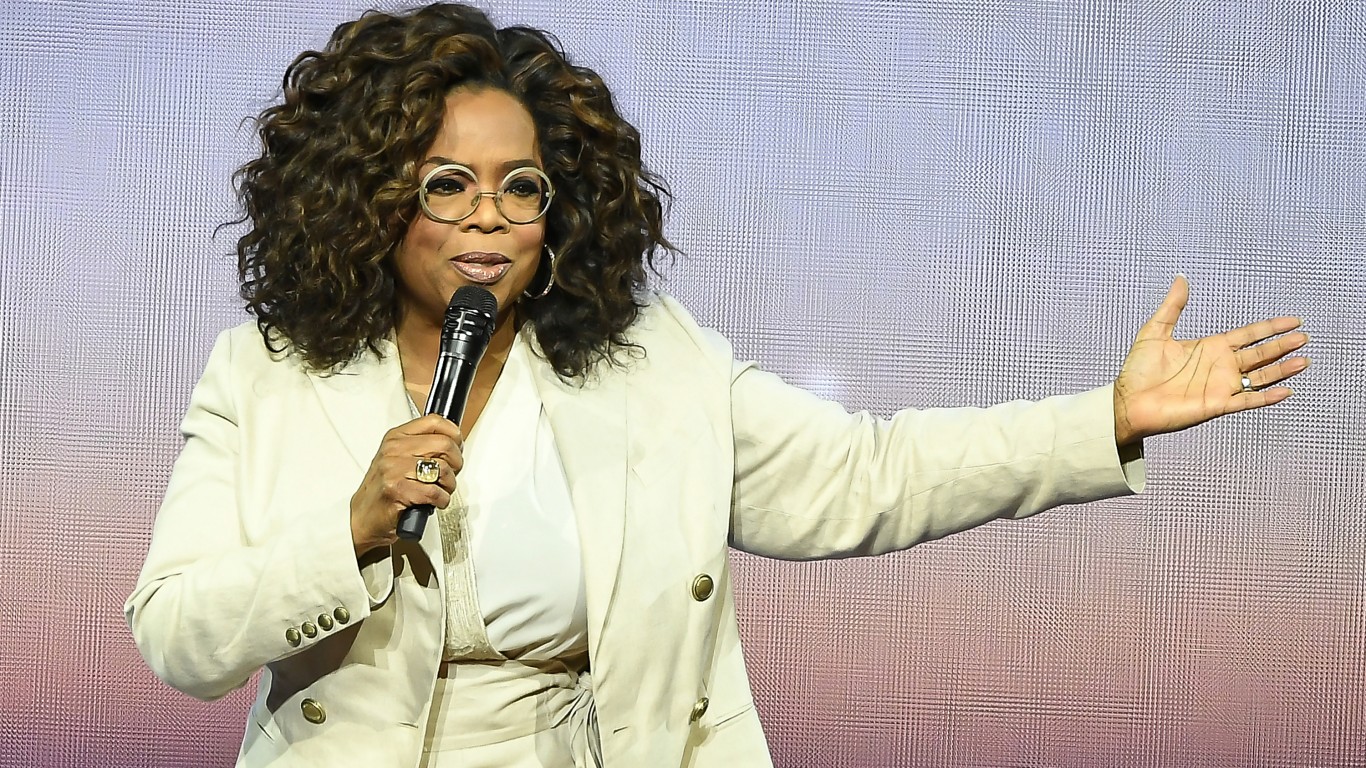 TV host, actress, and media executive Oprah Winfrey owns many homes across the country. She owns three properties in Montecito, California, that cost her a total of $85.8 million; a $14 million home in Telluride, Colorado; and a string of homes in Maui, totalling in 160-plus acres of property and costing over $60 million. Oprah also had a condo in Chicago that she sold for $4.62 million in 2015 and an estate on Orcas Island in Washington that she sold for $14 million in 2021.

24/7 Wall St.
This Is the Largest House in America 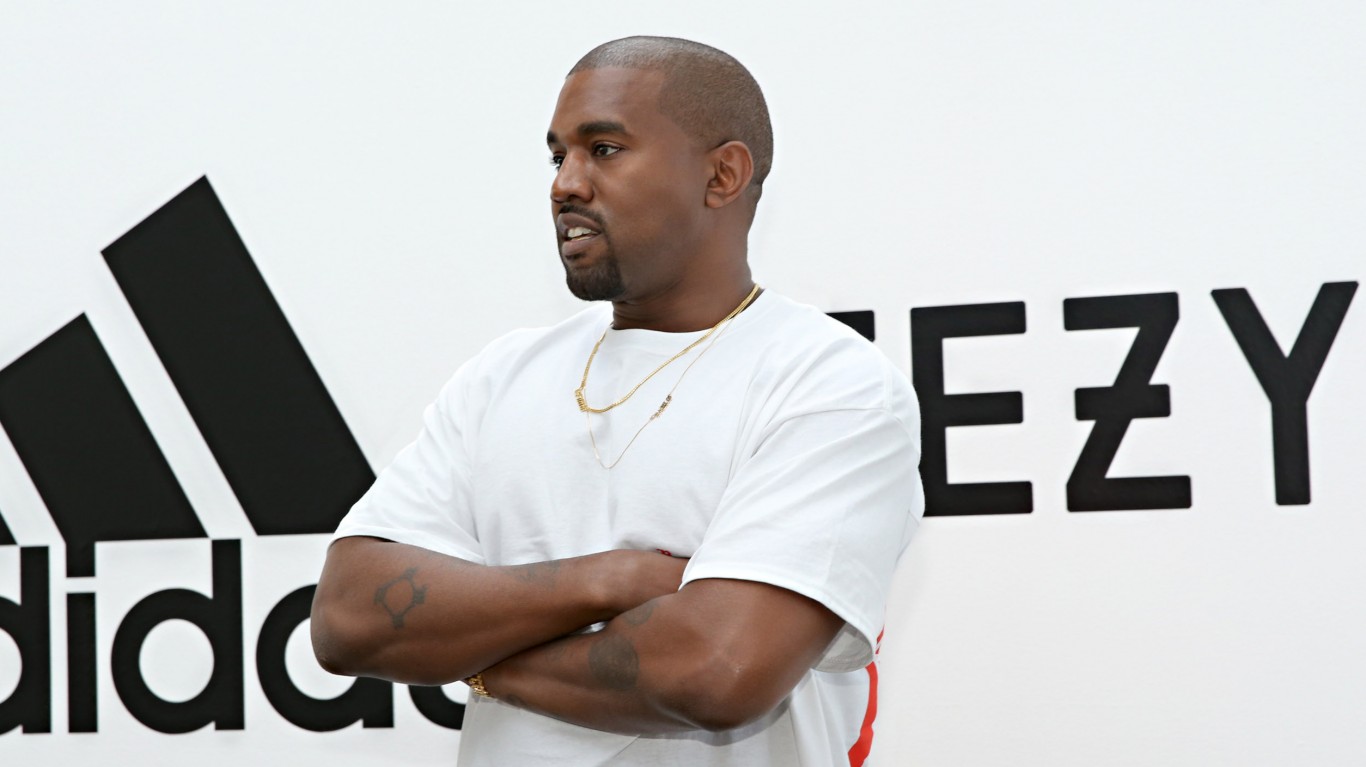 The now-controversial musician and fashion designer Kanye West has an impressive collection of homes. He owns a secluded ranch near Greybull, Wyoming, purchased for $14.5 million; an impressive cabin-inspired estate in Calabasas, California; a brutalist fortress on the beach in Malibu; a luxury apartment in Belgium, and most recently a modest home in the Hidden Hills suburb of Los Angeles – right across the street from his ex-wife, Kim Kardashian. Recently he bought the childhood home in Chicago where he grew up with his mother, for $225,000. He had the home recreated in the center of Soldier Field for the live listening event for his album “Donda,” named in honor of his mother, Donda West. 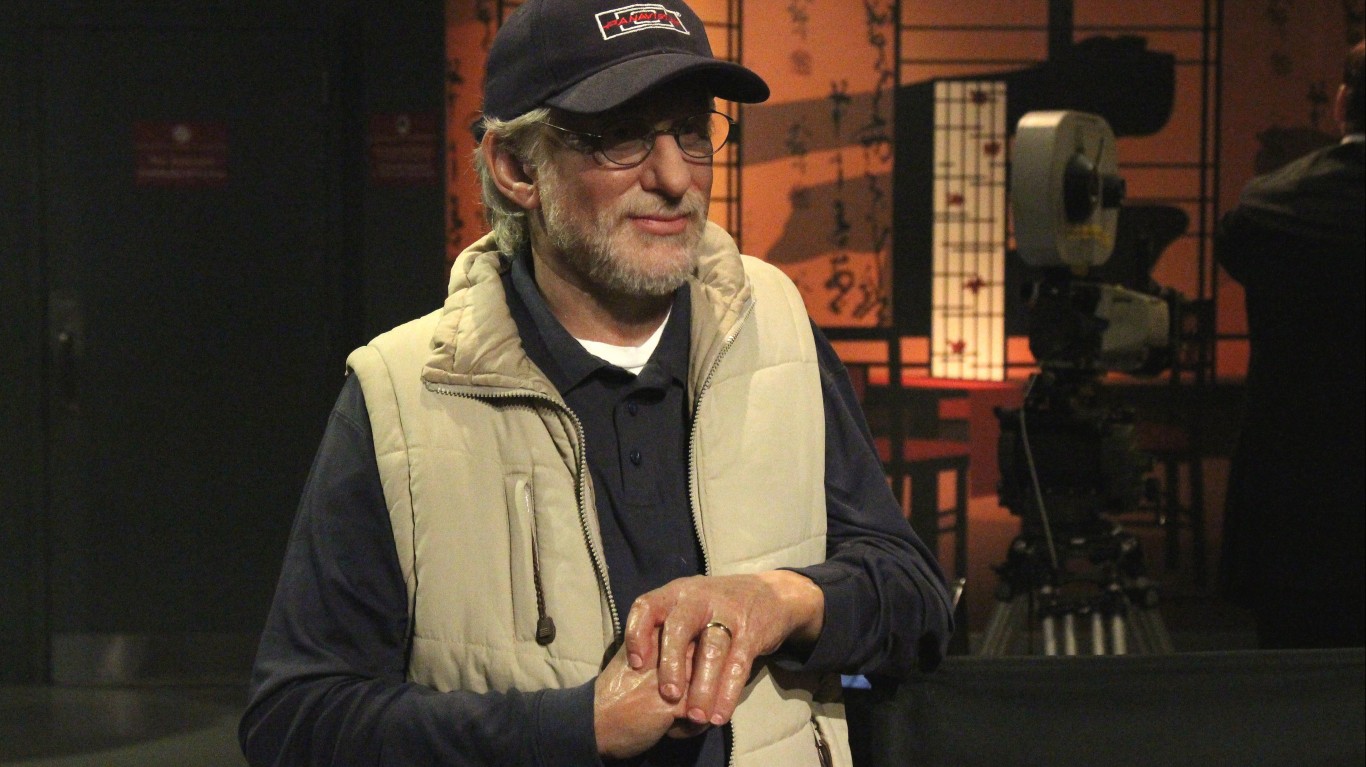 The director behind such classic films as “Jaws,” “E.T.,” and “Schindler’s List” owns $200 million worth of property across the country. He and his wife own an expansive five-acre multi-house compound in the Pacific Palisades; a 6,000 square-foot apartment in the expensive San Remo Building in New York City, overlooking Central Park and within walking distance of the Metropolitan Museum of Art; a 10-acre estate in East Hampton as well as several other properties in the Hamptons;, a compound in Malibu;, a home in Naples, Florida; and several other properties in Los Angeles for his children. 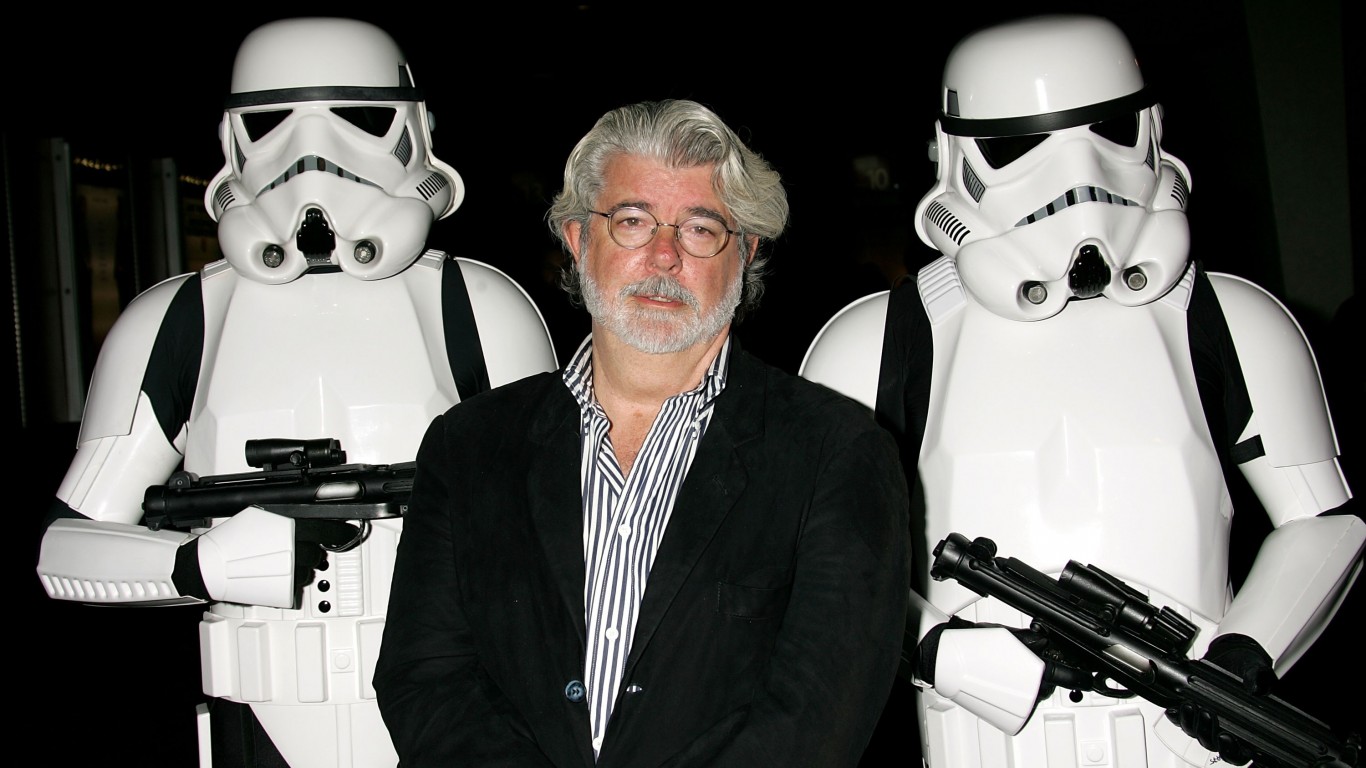 The visionary director behind the “Star Wars” franchise, George Lucas, is no stranger to the world of real estate. Currently he owns a large compound in San Anselmo, California; a $19 million penthouse in Chicago; a $34 million’ 9,000-square-foot mansion in Bel Air, California; two beachfront homes next to each other in Carpinteria, California; and a home on Skywalker Ranch in Marin County, California. This famous property spans over 2,500 acres and features a movie production studio, three restaurants, a 300-person movie theater, a B and B; and of course his 50,000-square-foot private home. Lucas has spent over $100 million dollars in renovations since he purchased the property back in 1978.