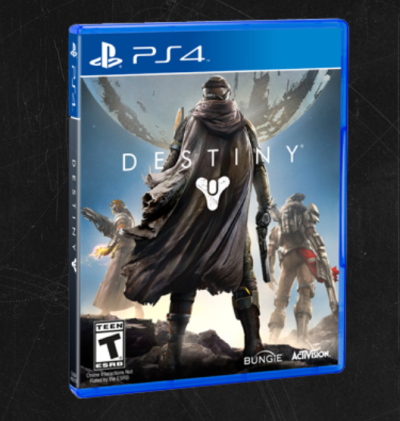 Source: destinythegame.com
It is hard to imagine that $325 million on a video game release in the first five days is a disappointment. Since the release of Destiny, Activision Blizzard Inc. (NASDAQ: ATVI) has made some serious waves in the video game community, but its stock has drifted lower in the market.

Success in the stock market is generally determined as share prices rise or fall, at least in theory. Activision and Bungie have been getting spectacular reviews on the game and on the launch. Game Informer magazine went as far as to describe Destiny as “one of the first true event games of this new generation.” Still, the share price was $24 just five days earlier, only to slide to under $22 on last look. Obviously this is a huge win and a positive for the game itself, and the explanation for the stock may simply be a “sell the news” reaction.

Destiny fans played more than 100 million hours of the game in the first week. That’s on par with the engagement levels of our most popular Call of Duty games, which obviously is an industry leader. Millions of gamers are having a great time playing Destiny and can’t put down their controllers. And this is just the beginning. Destiny is a platform that will grow and evolve and we will continue to work closely with our partners at Bungie to bring a long line of new experiences and content to life in the game.

One point made on September 10 by Activision was that some $500 million had been sold into retail stores and first parties worldwide. That doesn’t sound disappointing, with the difference of that $500 million and $325 million being that the $325 million was actual sell-through dollars to gamers.

Is it possible that analysts and investors wanted more? Another misnomer of a negative view was seen in Apple stock after the iPhone 6, yet the news is still spectacular on the surface. Sometimes stock prices indicate disappointment, and sometimes they just resemble profit taking. That may be the case here.

Wall Street Throws In the Towel on Intel