This Is Why Microsoft Bought Skype 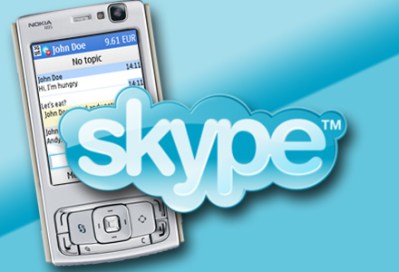 Source: Thinkstock
A little over four years ago, in May 2011, Microsoft Corp. (NASDAQ: MSFT) purchased Internet communications company Skype. Microsoft paid approximately $8.5 million in cash for Skype from an investing group led by Silver Lake, according to Microsoft’s website.

At the time, this had many media pundits wondering why Microsoft would pay so much money for a company that clocked in “revenue of $860 million” and had a small loss. With that said, Microsoft’s reasoning was more strategic than adding a profitable business to its portfolio. Let’s take a closer look at why.

Wired Magazine posted an excellent article discussing the technical angle of the deal. The article discussed many overlaps that Skype had with the capabilities of Microsoft such as “free instant messaging, and voice and video chat.” However, Microsoft gained access to VoIP telephone capability that it did not have before, for which it can charge clients. Wired Magazine, and other media pundits, also argued that Microsoft could integrate the technology into a mobile phone platform.

It was also speculated that Microsoft bought Skype to keep it out of the hands of competitors, such as Facebook Inc. (NASDAQ: FB) or Google Inc. (NASDAQ: GOOGL). Facebook users could have made good use of Skype by telephoning friends. In addition, Google could have integrated Skype into its search function, as well as its Android telephone. It also allows Microsoft to compete with Apple Inc.’s (NASDAQ: AAPL) Facetime.

In this day and age, when computing is increasingly done by mobile phones, it could be argued that Microsoft’s Windows operating system is facing fading dominance. However, Microsoft is still relatively proficient in the productivity realm. Currently, Skype is being utilized in Microsoft’s cloud productivity strategy. In the most recent quarter, Microsoft came out with Skype for Business, made available to Office 365 customers on a global basis.

It also serves as a complement to its current Windows offerings, because its users can call relatives for free. On an interesting side note, Skype was only mentioned explicitly in Microsoft’s most recent earnings call. The fact remains Skype is now a small part of Microsoft’s productivity machine and is out of the hands of its competitors.