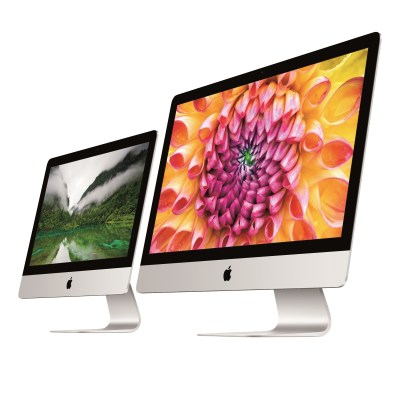 Source: courtesy of Apple Inc.
Technology has had a nice run so far in 2017, and the big difference for investors is that many on Wall Street expect the results this quarter to be much more stable from an earnings standpoint than last quarter. Plus, it is also possible that the sector sees broader, more stable product sales in personal computers, servers and enterprise storage. With the focus still on cloud computing, things look bright for technology shareholders.

In a new research report, RBC is cautiously optimistic on the quarter and focused on some top companies it feels have the ability to surpass current estimates. The report offered three focus picks for investors, one each from the large, medium and small cap arenas.

This technology giant has been on a huge run, continues printing all-time highs and is the top large cap pick at RBC. Apple Inc. (NASDAQ: AAPL) revolutionized personal technology with the introduction of the Macintosh in 1984, and it is among the leaders in the world in innovation with the iPhone, iPad, Mac, Apple Watch and Apple TV.

Top analysts have noted that the iPhone 7 family performed much better than the prior model, and there is big consumer interest in iPhone 8. They also stress that the company remains committed to its capital allocation program, and some see the possibility for not only an increase in the dividend but continued share buybacks.

The RBC team thinks the iPhone 8 opportunities are solid, as the firm, like others, feels the product will have significant upgrades. Toss in the easier comparisons and the strong average selling prices, and the new phone is a distinct positive. While the firm does note higher commodity prices are a potential headwind from NAND and DRAM pricing, it sees service growth and acceleration as another distinct positive.

RBC also stressed the benefit from lower taxes and more so the cash repatriation given Apple’s huge cash reserve, 91% of which is offshore. Both the president and Congress have indicated they want to lower the tax rate on repatriating cash to the United States, with some seeing the rated dropped to as low as 8% to 10%.