Micron Technology Inc. (NASDAQ: MU) is scheduled to release its fiscal first-quarter financial results on Tuesday. Consensus estimates are calling for $2.94 in earnings per share (EPS) and $8.02 billion in revenue. The same period from last year reportedly had EPS of $2.45 on $6.8 billion in revenue.

While Micron’s estimates, favorability and official price targets from analysts have been almost universally weakening for months, Micron’s chart has tried to hold support around the $34 mark on three occasions since the end of November. With shares down almost 50% from the 52-week high, and with its shares valued at less than five times expected earnings, it seems at least fair to ask at what point all the news gets priced into a stock.

Unfortunately, Wall Street has been in no mood lately for trying to actually price bad news into stocks and sectors. In real bear markets, similar to the trading patterns we have seen recently, investors seem more likely to sell almost all news rather than buying for long-term value. And on that note, technology stocks are generally not thought of fondly when investors change their bias from growth to value. 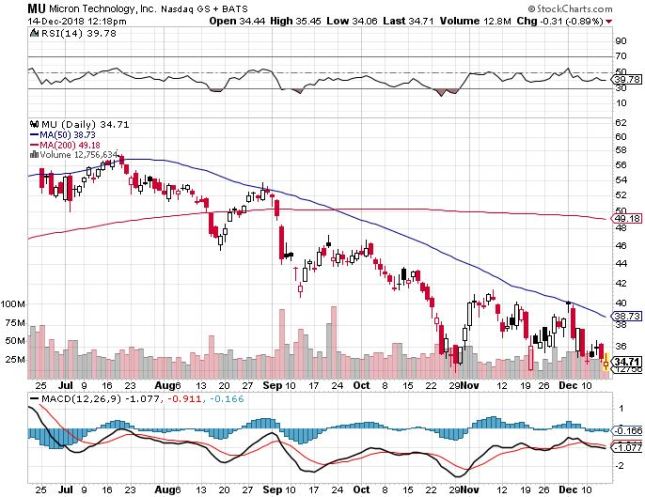 Overall, Micron has underperformed the broad markets with its stock down about 16% in the past 52-weeks. In just the past six months, the stock is down 41%.

A few analysts weighed in on Micron ahead of the report: