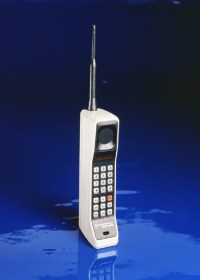 Yesterday’s filing by the US Department of Justice in the proposed $39 billion merger between AT&T (NYST: T) and T-Mobile may be, in the words of Winston Churchill, just “the end of the beginning.” T-Mobile’s owner, Deutsche Telekom AG (OTC: DTEGY), and AT&T are in continuing discussions with the DOJ and it would not be unusual for a deal to be struck.

In fact, if history is any guide, it is more likely that a deal will be struck that allows the merger. Opposition from Sprint Nextel Corp. (NYSE: S) could be muted by the fact that the merger would leave Sprint as the only large low-cost provider in the US. A combined AT&T/T-Mobile would hold about 43% of the US mobile phone market, while Verizon Wireless would own about 34%. Verizon Wireless is a joint venture between Verizon Communications Inc. (NYSE: VZ) and Vodafone plc (NASDAQ: VOD). Sprint gets about 16% and the rest is spread among smaller players like Leap Wireless International Inc. (NASDAQ: LEAP) and MetroPCS Communications, Inc. (NYSE: PCS).

The crux of the DoJ’s complaint is the anti-competitive nature of the proposed merger. As lower-cost providers, T-Mobile and Sprint offer consumers both more choices and lower prices. A single low-cost provider with just 16% of the market is unlikely to be effective in challenging the pricing practices of either AT&T or Verizon Wireless. That’s the thinking of the DoJ.

A possible tie-up between T-Mobile and Sprint has also been raised. That combination would own about 27% of the market, enough to give it some muscle against the two bigger players. In order for such a deal to happen though, the federal government would practically have to back the deal itself. Sprint’s market cap is a tidy $11 billion or so, but there’s no way the company could put $39 billion on the table against AT&T, with a market cap of about $168 billion.

At some point, T-Mobile and Sprint, if they remain independent, will either be forced to merge or to be acquired by either AT&T or Verizon Wireless. AT&T could argue against the DoJ’s complaint that the company is merely being visionary, not rapacious.

A report from CNNMoney notes that the DoJ’s record in these kinds of cases is not particularly strong.  In the past 20 years, the DoJ has thoroughly investigated just 4.4% of proposed mergers and tried to stop just 0.3%. Even then, the odds are only about even that the DoJ will prevail.

AT&T would have to pay a $3 billion break-up fee to T-Mobile if the deal falls through. If Ma Bell chooses instead to fight the complaint, its legal costs won’t exceed a fraction of that. Why not fight?

If AT&T does decide to fight, all the company’s arguments related to spectrum and network expansion are details. AT&T must be able to show that its acquisition of T-Mobile will not harm consumers either by forcing prices to rise or by stifling innovation. That’s a rough road, but not an impassable one. This merger isn’t over til it’s over.