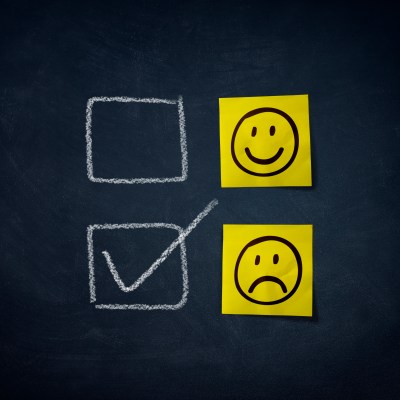 Source: Thinkstock
Frontier Communications Corp. (NASDAQ: FTR) has just lost one of the remaining bulls. Bank of America Merrill Lynch’s David Barden and Joshua Frantz officially have thrown in the towel on their big upside for Frontier Communications. What may really dash the hope here is that the price target was slashed by two-thirds, a cut that is far greater than you usually see in analyst downgrades.

In the theme that the bullish case has disappeared with a surprising revenue decline, Merrill Lynch’s downgrade went to Neutral from Buy, and the price target went to $2.50 from $7.50 (versus a $2.76 prior close).

Investors are going to want to pay attention here. Frontier is one of the stocks that comes with a double-digit dividend yield, and that yield is one of the rather confusing dividends that is based on cash flows rather than on formal earnings. That is one reason Frontier has a massive short interest of 231,079,935 as of February 15. That represented a figure of 11.3 days to cover.

Perhaps the only good news here in the report is that Barden and Frantz feel that Frontier’s dividend is supportable. Still, they feel that the stock can’t re-rate until stability emerges. Barden’s tag line here might explain it all:

As a result of post-deal free cash flow shrinking rather than growing, the bull case that should have emerged, no longer remains.

Following lower than expected fourth-quarter results, Merrill Lynch has lowered its 2017 estimated earnings from −$0.03 per share to a much worse −$0.19.

Investors have been choosing growth over income so far in 2017. That being the case, a high dividend and shrinking figures leaves Frontier in an investor’s own no-man’s land. Most investors are not going to view this with much hope if the market is just under all-time highs and their shares are at 15-year lows.

The lower Merrill Lynch price target of $2.50 is to reflect prevailing market assumptions of a dividend cut versus the firm’s prior expectation of a dividend increase. Their view is that Frontier’s dividend remains well covered at a 55% payout ratio, based on the midpoint of their own 2017 guidance. The report said:

In our view, the challenge for the stock is that as the top line has compressed at a surprising rate, the payout ratio and therefore risk to the dividend, is rising. With a 15% yield already, we see the stock as caught in a negative feedback loop. The market is pricing in a dividend cut that needn’t happen now or even in the next several years, but the mere fact the yield is that high carries the risk that the Board and management could simply respond to the market by trimming the dividend proactively. Even if the dividend were cut 50%, we don’t believe there would be substantial downside for the stock as the yield would emerge at a relatively more ‘normal’ 7.5%. Until FTR can show business stability, however, which we had expected in 4Q but now do not expect until 2H at the earliest, irrespective of the attractive yield, we don’t believe the stock will be able to outperform.

Frontier’s consensus analyst price target from Thomson Reuters was greatly skewed because of the prior Merrill Lynch price objective being up at $7.50. That consensus analyst target fell to $3.58 from $4.65 just a month earlier. It was almost $5.00 back in December.

What may be hard for investors to consider at this time is how or why Merrill Lynch was so bullish for so long. S&P recently lowered its credit ratings on Frontier to B+ from BB-, and Moody’s said that its weak fourth-quarter results reinforce a negative outlook.

When Frontier’s earnings report was digested, the stock fell to $2.93 on February 28 from $3.29. It also fell that much on a whopping 122 million shares that day. At that time, Reuters reported that this was the lowest the stock had traded since July of 2002.