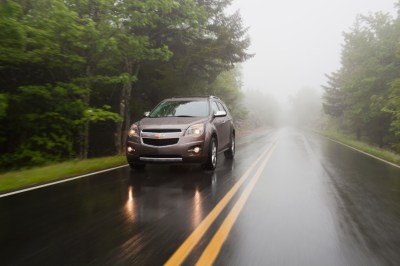 Source: Courtesy General Motors Co.
General Motors Co. (NYSE: GM) has added about 194,000 SUVs to a recall first issued in August 2012 to fix a condition that could lead to an short circuit and an electrical fire in the driver-side door. The August recall involved about 249,000 vehicles.

The SUVs included in both recalls are model years 2006 and 2007 Chevrolet Trailblazer EXT and GMC Envoy XL, Chevrolet Trailblazer, GMC Envoy, Buick Rainer, Saab 9-7x, and Isuzu Ascender. According to a report from Reuters, more than 480,000 SUVs have been recalled, with around 443,000 from the U.S. alone.

In the recall notice at the National Highway Transportation and Safety Administration website, GM says that “fluid” could enter an electrical module in the driver’s door causing a short that may in turn cause the power door locks and window to fail.

The short could also cause overheating and fire, whether or not the vehicle is not being used. GM advised owners not to park the vehicles in a garage until the problem has been fixed.