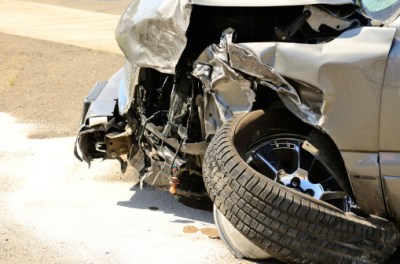 Source: Thinkstock
Older cars have to go somewhere eventually. And that place is the junkyard. Americans scrapped 11.5 million vehicles in 2013. While that level is the lowest in almost a decade, it is still a large number of light trucks and cars to disappear from the market.

In a recent analysis by a major research firm, it reported:

Total light vehicles in Operation (VIO) in the U.S. also reached a record level of more than 252,700,000 — an increase of more than 3.7 million (1.5 percent) since last year, said the IHS Automotive analysis from July 2013. In addition, new vehicle registrations outpaced scrappage by more than 24 percent for the first time in a decade, according to the analysis.

Vehicles sold in America may be more sturdy than they were a decade ago. Certainly most measures show that their quality is better. However, millions of scrapped cars and light trucks open opportunities for the sale of new cars, although Americans continue to hold on to their cars for an unprecedented amount of time.

The average age is in line with the trend shift first seen in 2013, in which the combined fleet of cars and light trucks on the road is older than ever. New analysis, however, indicates the average age of light trucks has increased in the past year to the same age as passenger cars, both at 11.4 years. This milestone marks the first time this has happened since 1995, when the data was first reported.

Based on that 11.4 years, new auto sales should be challenged.

New car purchases may have only a modest connection to the lifespan of cars and light trucks currently on the road. One explanation is that a typical household has more cars than before. Used cars run well enough to be second vehicles, but the enticements to buy new ones have been strong for three years. Some of that can be attributed to the recovery. Another portion may be due to a huge advance in safety and navigation features. And yet another to particularly low interest rates for car loans.

Scrapped cars have to be replaced eventually, but as Americans hold cars longer, the replacement factor may not be as critical to new car sales as it was several years ago and longer.