Volkswagen Sales Expected to Beat Industry in May 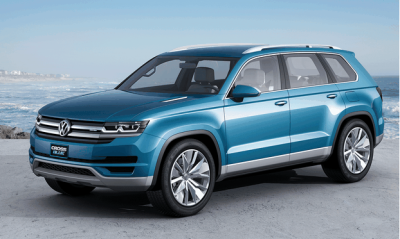 Source: Volkswagen AG
Volkswagen, the car company that has had the most trouble improving U.S. sales for the past several years, is expected to outpace the industry in sales improvement in May. The good news does not offset the bad, which is that VW only holds 3.2% market share in the world’s second largest car market.

According to Edmunds, the carefully watched seasonal adjusted annual rate (SAAR) of sales will reach 17.4 million, an extraordinary rise over the troubled years of the recession when the figure was barely 10 million. The May number will be down 0.9% from May of last year to 1,591,221. According to Edmunds.com Senior Analyst Jessica Caldwell:

The industry continued on its upward trajectory, helped by the timing of Memorial Day. Because there was a full week of May after the holiday weekend, shoppers had plenty of time to take advantage of the deals being widely communicated in dealer and automaker marketing messages.

Unit sales for VW and its luxury brand Audi are expected to hit 50,386 in May. VW benefits from the surging market in German luxury cars, led by Mercedes and BMW.

The only other car manufacturer that should post sales gains in May compared with last year is Fiat Chrysler Automobiles N.V. (NYSE: FCAU), the number three American manufacturer. Its year-over-year sales are expected to rise to 146,888.

The second largest Japanese manufacturer, Honda Motor Co. Ltd. (NYSE: HMC), is expected to post the worst performance among all major car companies in May, down 3.7% to 146,888.

General Motors Co. (NYSE: GM) will lead all other car companies in terms of market share, by a significant margin. Its share is expected to be 17.7%, based on sales of 281,972. While the share number is impressive, GM had a U.S. market share near 50% in the 1960s, before it had any Japanese competition.

VW management will look back on May as a success, but it is such a small one it will make no difference.