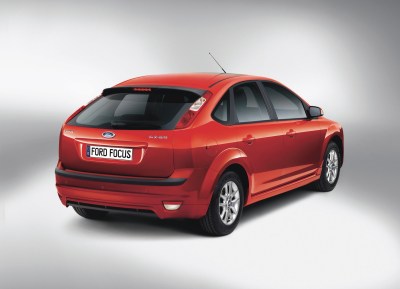 Many large multinational companies, including Ford and General Motors, battle market saturation. They pin their hopes on emerging economies for expansion plans. However, eventually the emerging markets will morph into developing economies, which behave in a normal up-and-down fashion. The current slowdown in the Chinese economy may serve as an indication that the nation is entering the beginning stages of becoming a more developed economy.

Moreover, car makers face a huge amount of competition in China. Despite popular opinion, too much competition does not bode well for businesses and their shareholders. Competition drives prices, and subsequently margins, lower. Chinese competitors flood the market with cheaper sport utility vehicles (SUVs), in which the Chinese currently show a higher interest. GM cut prices in response, but demand fails to tick upward. Ford is hoping that a new SUV and sedan lineup will boost sales in the region.

Another headwind that U.S. and Chinese car makers doing business in China face are China’s remaining elements of a command economy. Air pollution has become a serious issue in China, compelling the nation’s government to put the skids on smog by telling the population that they cannot drive their cars on a particular day.

According to a China.org.cn, Beijing implemented a “car restriction” to curb smog in the city on July 6. The license plate numbers determine whether citizens can drive their cars in the city. If a citizen happens to own a car with an unfavorable license plate on that particular day, then the car stays parked. Citizens, wary of retribution from their government, may quit buying cars and go to other modes of transportation. This particular headwind could get worse as China’s industrialization continues.

Thomson/First Call has a mean analyst target price pegged at $42.63 per share for General Motors, representing a roughly 37% increase from its current stock price.

For Ford, the mean target price is $17.35 per share, or roughly a 21% increase from its current stock price.