Owners of EVs can expect to save 60% on fuel costs, 50% on maintenance and repair costs and break-even on depreciation costs over the first five years of EV ownership.

Using data gathered by ALG, the industry research arm of TrueCar, Consumer Reports noted that lifetime maintenance and repair costs of a battery-electric vehicle (BEV) or a plug-in hybrid EV (PHEV) is half the $9,200 cost of a maintaining a conventional vehicle with an internal combustion engine (ICE).

The following chart shows the vehicles Consumer Reports chose to compare and the categories in which the vehicles were rated. 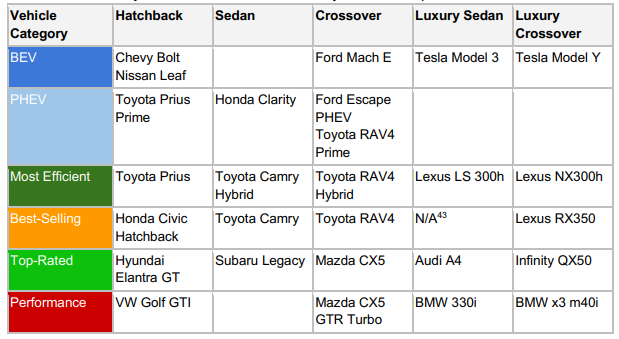 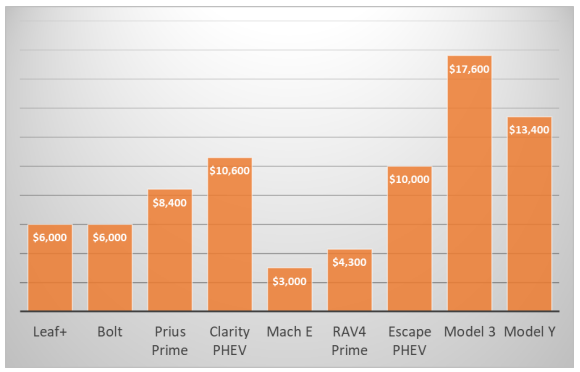 The full Consumer Reports review also contains data on savings to consumers who purchase a used EV. Used cars offer their new owners big value because the first owner “bears the brunt of the steepest period of depreciation” while today’s new cars are expected to remain in good condition for 200,000 miles of driving: “[U]sed-car buyers capture a large fraction of the lifetime utility of a vehicle while paying a relatively low percentage of the new-car price.”

24/7 Wall St.
The 9 Dow Stocks That Could Have the Best Earnings Reactions
Get Our Free Investment Newsletter