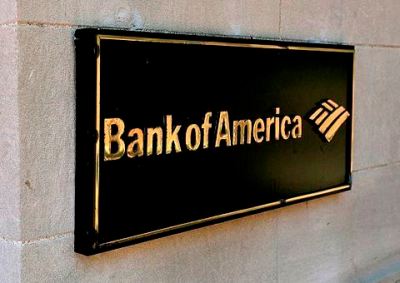 Source: courtesy of Alex Proimos, via Wikimedia Commons
Bank of America Corp. (NYSE: BAC) has delivered good news to its common shareholders. The Federal Reserve has removed the block on its capital plan after it was resubmitted. In short, Bank of America will no longer have that embarrassing one-cent dividend for its common stock.

As a result of the plan being approved, Bank of America’s board of directors has approved an increase in its quarterly dividends from that puny $0.01 to $0.05 per common share. The old dividend yield, based on a $15.00 closing price, was a paltry 0.26%. The new yield, after shares have risen 2% to $15.30, will be 1.3% for the common stock holders.

What investors need to consider is that Bank of America’s dividend hike announcement is just the first step to get back on its dividend feet. It still greatly lags dividends from Wells Fargo, J.P. Morgan and other large banks.

This is the first increase of a quarterly dividend in seven years, and note that its common stock has come with that paltry one-cent dividend since March of 2009. Prior to that, the dividend had been $0.32 per share, and prior to that it had been $0.64 per share.

The new dividend is payable September 26 to all shareholders on record before September 6.

Now that it is allowed to increase its dividend, Bank of America can boast a stronger balance sheet, with more capital to use, and it can boast that it has increased liquidity deemed sufficient by regulators. The bank outlined its resubmission of the Comprehensive Capital Analysis and Review process and said:

This dividend hike may still seem substandard to many investors who have followed the bank since the recession, but it may be just enough to entice more of the institutions to own Bank of America shares again — particularly if those portfolio managers believe that the bank will get to raise its dividend even more in the future. That may be even more true if it will get to start buying back stock as well.

ALSO READ: Oppenheimer’s Top Bank Stocks to Buy for the Rest of 2014