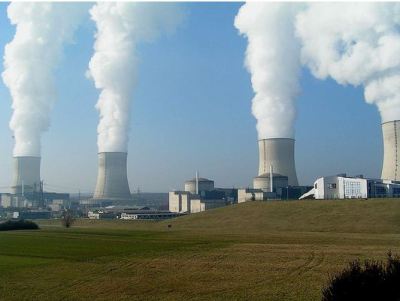 Source: Wikimedia commons / Stefan Kühn
USEC Inc. (NYSE: USU) has struggled for years as it has tried to get its new U.S. uranium enrichment project funded and under construction. Last December it reached an agreement with its lenders and filed a voluntary petition Wednesday morning for a reorganization under Chapter 11 of the bankruptcy code.

USEC has been the sole U.S. supplier of low-enriched uranium for decades and has made a living for the past several years reprocessing Soviet-era weapons-grade uranium into material that can be used in nuclear power plants. That reprocessing work will continue the company said in its announcement Wednesday.

Other work that will continue includes USEC’s work on its American Centrifuge uranium enrichment project. That project has received nearly $280 million in funding from the U.S. Department of Energy to assist USEC in constructing a demonstration system of its new cascading centrifuge system. USEC had originally sought a $2 billion loan from the federal government to build the new enrichment systems, but the accident at Fukushima eliminated that possibility:

The company’s deployment plans for the American Centrifuge Plant have been affected by delays in obtaining permanent financing for construction and by a global oversupply of nuclear fuel following a devastating tsunami in Japan that resulted in extensive damage to reactors at Fukushima in 2011. More than 50 nuclear power reactors in Japan and Germany were shut down. The resulting oversupply caused nuclear fuel prices to drop to their lowest levels in a decade, which has negatively affected the economics of deploying the American Centrifuge technology in the near term.

USEC begins its restructuring program with an expected cash balance of at least $60 million as of the end of March 2014. The company reported $314 million in cash at the end of December, and the $60 million is what remains after “significant payables” for the first quarter are paid.