Look Out PlayStation, Microsoft's Xbox One Just Got Cheaper 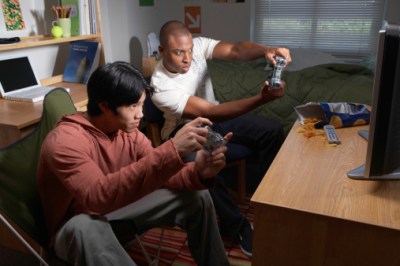 Source: James Woodson/ThinkStock
Gamers are now able to purchase Microsoft’s (NASDAQ: MSFT) latest video game console, the Xbox One, for $399 — the console originally debuted last November for $499. This new, cheaper Xbox One could help Microsoft catch up with Sony (NYSE: SNE), whose competing PlayStation 4 has far surpassed the Xbox One in total sales.

Ditching Kinect
To be clear, Microsoft isn’t just cutting the Xbox One’s price — although it is a full $100 less expensive, it doesn’t include as much hardware as the $499 version (which will still be sold). Specifically, the $399 Xbox One omits Kinect, Microsoft’s voice- and gesture-based controller.

The inclusion of Kinect gave Microsoft’s Xbox One some unique features Sony’s PlayStation 4 couldn’t match. A Kinect-equipped Xbox One can, for example, allow owners to control the system with voice commands, and conduct video chats with their Skype friends.

However, Kinect wasn’t without its share of controversy. Its always-on microphone and built-in living room camera raised privacy concerns, and few game creators bothered to utilize it.

ALSO READ: Is Apple About to Conquer the Video Game Industry?

A $100 price gap
But perhaps most damning was the additional price that came with Kinect — at $499, the Xbox One was a full $100 more expensive than Sony’s PlayStation 4. To make matters worse, Sony’s PlayStation 4 is regarded as the more powerful device, able to output better graphics than Microsoft’s machine.

By offering a $399 version, Microsoft has put the Xbox One on equal footing with Sony’s console. Hopefully for Microsoft, the new price will drive additional Xbox One sales.

Can Microsoft catch up?
Back in April, Sony announced that it had sold more than 7 million PlayStation 4s worldwide; Microsoft has said only that it has sold 5 million Xbox Ones to retailers.

hose numbers have no doubt changed in recent weeks, but Microsoft is likely still several million units behind. That’s particularly problematic as the Xbox One and PlayStation 4 have some degree of network effects — to take advantage of online multiplayer, gamers are incentivized to own the console their friends own.

Offering a cheaper Xbox One could turn Microsoft’s console business around, but it will take several weeks to see it play out.