Is Apple About to Conquer the Video Game Industry? Look out Microsoft 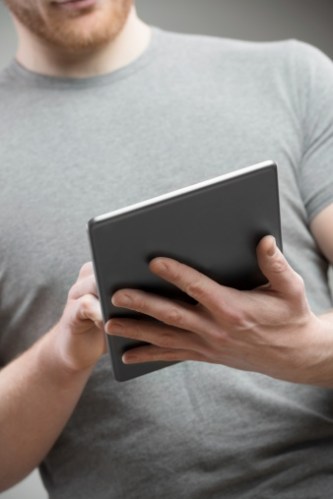 Source: AzmanJaka/ThinkStock
Apple (NASDAQ: AAPL) may be about to make a formal entrance into the video game console market. Metal, the new graphics API Apple unveiled on Monday, strongly suggests that the iPhone-maker is taking core gaming seriously.

With Metal, the A7 chip that powers Apple’s iPad Air is capable of outputting graphics on par with modern consoles: Plants vs Zombies: Garden Warfare, a game originally released for the Xbox One, was shown running on Apple’s tablet.

Industry observers have long expected Apple to enter the video game console business — if it does, it could create a new opportunity for Apple, while putting immense pressure on the existing console players, including Microsoft (NASDAQ: MSFT).

An obvious outcome
Apple’s entrance into, and eventual domination of, the home console business has long been seen as a foregone conclusion. To some extent, Apple is already a major player in the video game industry — last year, Apple’s customers spent $10 billion on iTunes apps, the majority of which went to game creators. Extending this app store model to the living room seems like an obvious move.

Gabe Newell, the billionaire founder of the video game giant Valve, predicted that Apple would “[roll] the console guys really easily” last year. Newell, plotting to extend his company’s Steam platform from the PC into the living room, said he feared competition from Apple more than Microsoft, or any of the current players.

Nat Brown, one of the co-creators of Microsoft’s original Xbox, made similar remarks in a blog post written in 2013. Brown argued that an Apple TV with an integrated app store and paired controller would make for an attractive gaming device, as game creators would be drawn to Apple’s straightforward app store distribution model.

Apple said to be planning updated Apple TV
Reports indicate that Apple is planning such a move. Earlier this year, 9to5Mac said that Apple was testing a new version of the Apple TV’s software that would include access to the app store, and in particular, video games.

For years, Apple has been rumored to have a full-fledged Apple TV in development, and statements from Apple’s executives, including Tim Cook and Steve Jobs, have lent credence to that speculation. Cook told NBC’s Brian Williams that Apple was immensely interested in the TV market, and earlier this year he stated that the current Apple TV was no longer a “hobby.”

In November, Apple confirmed that it had acquired PrimeSense, a company known for its work on the first-generation Kinect, the motion and voice sensor sold as an add-on to Microsoft’s Xbox 360. Although it’s impossible to know what Apple plans to do with PrimeSense, including the technology in a future Apple TV video game console wouldn’t be shocking.

Microsoft’s Xbox division, for example, has long been met with skepticism from analysts, who rightfully note that the Xbox business is not material to Microsoft’s bottom line. The PlayStation brand, meanwhile, has historically been successful, but the inclusion of an early generation Blu-ray player caused the PlayStation 3 to generate substantial losses.

Roku’s CEO claims that, despite Apple’s long-standing policy of selling its hardware at a high margin, the company sells the current Apple TV at a loss ($99). Whether or not it would be willing to extend that policy to a more gaming-orientated box is unknown, but an expensive device could struggle in a console market that sees frequent price cuts — Microsoft, after just seven months on the market, is now offering a version of the Xbox One priced at $399; 20% less than the initial offering.

Whether Apple chooses to formally enter the gaming market with some sort of console box remains to be seen. But the possibility should concern Microsoft, and other players in the space. Apple has laid the groundwork for such an entrance, setting the stage for its domination of the industry.