How Much Do Companies Really Have to Worry About Bird Flu? 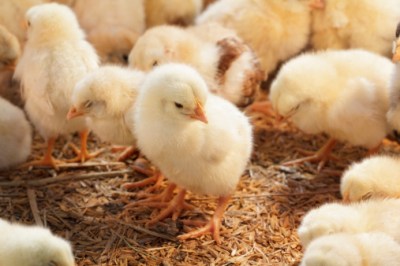 Source: Thinkstock
The world has never been able to get past the fears of viruses, outbreaks and contagion. Now bird flu is making its way back into the news, and the fears of it spreading are carrying over into any companies with exposure to chickens, turkeys and the like. News that an Iowa flock of more than 5 million chickens has been hit with avian influenza, on top of news of bird flu being detected in more than 10 other states, is taking its toll elsewhere in the food chain stocks.

While things such as bird flu, SARS, swine flu and other foodborne illnesses are a real risk, 24/7 Wall St. would remind readers that, at least so far, these issues have always been overcome with no serious consequences over the long term. That being said, the short-term reactions in the stocks exposed to this have sometimes been violent.

With a huge euthanasia being planned for birds of the flock, this instance of bird flu is already very large compared to past instances. The USA Today indicated that Iowa has about 50 million hens for laying eggs, and also that Iowa supplies about one of every five eggs consumed in the United States. A state of emergency was declared in Wisconsin, and other states have been hit as well.

ALSO READ: 3 Companies That Will Never Lack Customers or Demand

Hormel Foods Corp. (NYSE: HRL) has already said that the bird flu outbreak will hurt sales of turkey on its Jennie-O Turkey Store unit. This H5N2 avian influenza (HPAI) has been detected at multiple turkey farms that supply Jennie-O Turkey Store. Hormel’s president and CEO lowered financial guidance as a result of the issues:

We are experiencing significant challenges in our turkey supply chain due to the recent HPAI outbreaks in Minnesota and Wisconsin. While Jennie-O Turkey Store has delivered strong financial performance so far in the first half, tight meat supplies and operational challenges will pressure earnings in the back half of our fiscal year. We are currently maintaining our fiscal 2015 non-GAAP adjusted earnings guidance range of $2.50 to $2.60 per share, with the assumption that farm outbreak occurrences will decline as the weather improves, but expect turkey supply challenges to push our full year earnings toward the lower end of this range. We expect the financial impact of HPAI to be partially offset by favorable hog prices benefitting the Refrigerated Foods segment and portions of the Grocery Products segment.

Pilgrim’s Pride Corp. (NASDAQ: PPC) has already been a constant target of short sellers (over 40 million shares short on last look). While it is into chickens and other meats, Pilgrim’s Pride has said that it now expects 25% of its chicken will be antibiotic-free by 2019 as it responds to customer demands to supply more antibiotic-free chicken. Shares dropped 1.9% to $23.97 on Tuesday morning, and the 52-week trading range is $19.99 to $38.64. Analysts have a consensus price target of $34.00 in Pilgrim’s Pride shares. Earnings are due on April 30.

Sanderson Farms Inc. (NASDAQ: SAFM) is an integrated poultry processor that sells and distributes all variations of chicken products. It is smaller than most public chicken and meat players, with a $1.8 billion market cap. The company often appears in bird flu news, which has helped the stock slide about $3 in the past four trading days. With shares down 0.9% at $78.50 Tuesday morning, Sanderson Farms shares have traded in a 52-week range of $74.95 to $103.90 and the consensus price target is $88.86.

The long-term impact of bird flu outbreaks in 2015 may be mitigated in time, but the short-term impact is already being felt.