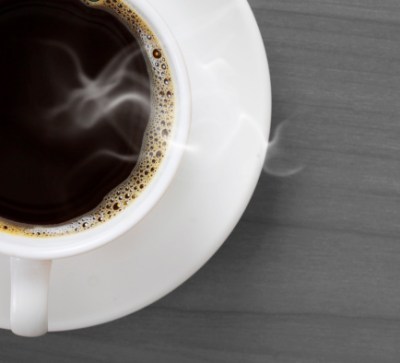 Source: Thinkstock
Monday morning, Reuters cited a USDA report that indicated that forecast coffee consumption in the United States will fall to “23.7 million 60-kg bags in the upcoming 2015/16 season,” which represents a 1.25% decline from the “year that ends in September.” Reuters gave indication of the popularity of single serve pods such as Keurig Green Mountain Inc.’s (NASDAQ: GMCR) K-Cups.

People formerly brewing coffee in traditional coffee machines typically utilized more coffee grounds than they needed. The single serve pod enables consumers to make the exact amount needed. This means less waste and a smaller impact on the environment, which caters to the preference of the modern green consumer.

If history is any indication, more efficient coffee consumption will only help Keurig. In the most recent quarter, Keurig saw its pod sales increase 7%. A 14% increase in serving volume and a 1% price increase contributed to revenue expansion in that segment. In fiscal 2014, Keurig Green Mountain saw its portion pack sales expand 13%, with an 18% contribution from volume. Keurig coffee also possesses a pretty diverse K-Cup product line, selling teas and hot chocolate, and it will introduce the Keurig Kold system later this year.

However, there are indications that this trend may reverse or slowdown. In the most recent quarter, Keurig saw its brewer and accessories sales decrease 23%. In fiscal 2014, the company saw its brewer and accessories sales contract 1%. Fewer people purchasing the brewers could mean a leveling off, or even a decline, in pod purchases over the long term.

If domestic demand for coffee continues to decline, Starbucks Corp. (NASDAQ: SBUX) possesses a fairly diverse product portfolio with its teas, cold refresher drinks, craft carbonated sodas and smoothies that fall within its core competency of beverages. Moreover, the company harbors a strong culture of innovation. Starbucks likes to keep the consumer and the public engaged with new products.

Globally, coffee consumption forecasts are trending upward, according to the USDA report, which means Starbucks, with its global reach, will benefit. Conversely, Keurig mostly operates in the United States and Canada.

Wall Street feels that Keurig possesses greater potential due to its low valuation. Thomson/First Call has a mean target price of $116.69 per share, which represents a 40% increase over its current stock price.

However, Wall Street feels that Starbucks has already run its course. The consensus target price is pegged at $55.40, a mere 2% over its current stock price.