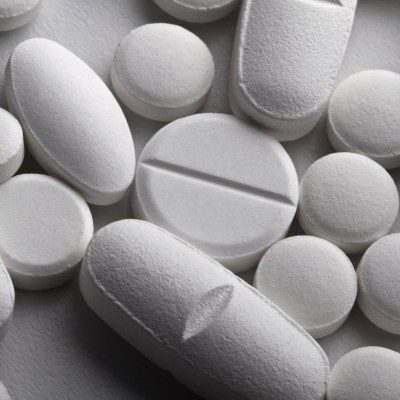 Source: Thinkstock
GNC Holdings Inc. (NYSE: GNC) is getting its turn in the negative news mill over the quality and legality of supplement sales. As you might have guessed, it is not in a positive manner. While it was first reported on Reuters and CNBC that the Oregon attorney general has sued the company, a review of the Oregon Department of Justice confirms that Oregon has filed a suit against GNC.

Allegations are that the company sold products which included ingredients that were not approved in the United States.

UPDATE – 15:55 – GNC has now issued a response, and it is defending itself: “The claims made by the Oregon Attorney General are without merit and GNC intends to vigorously defend against these allegations.  In response to FDA statements regarding the regulatory status of BMPEA and picamilon, GNC promptly took action to remove from sale all products containing those ingredients.”

Oregon Attorney General Ellen Rosenblum’s lawsuit against General Nutrition Corporation, GNC, alleges that the company sold nutritional and dietary supplements containing the illegal ingredients picamilon and BMPEA. The suit alleges that GNC violated the Oregon Unlawful Trade Practices Act by misrepresenting certain products as lawful dietary supplements when they are actually unapproved drugs that may not be lawfully sold in the United States as a dietary supplement.

The complaint also alleged that GNC sold products labeled as containing botanical acacia rigidula that had been spiked with unlabeled BMPEA. The lawsuit also alleges that GNC sold thousands of units of products in Oregon that contained picamilon or BMPEA that were falsely labeled as a dietary supplement.

It is scary to know that certain products sold by GNC contain an ingredient that is not even labeled—let alone approved in the United States. When Oregonians buy a dietary supplement, they deserve to know that the ingredients in the products are safe and comply with the law. There are 25 GNC stores in Oregon that sold thousands of these products over the span of a couple of years.

Picamilon is a synthetic chemical that is not approved in the United States, but is used as a prescription drug in some countries to treat neurological conditions. Products containing BMPEA, a powerful stimulant and amphetamine-like substance, are sometimes sold as weight loss or performance enhancing nutritional supplements.

Here is a full copy of the complaint.

Vitamin Shoppe, Inc. (NYSE: VSI) also fell with GNC, even though it was not mentioned in the suit. It is not infrequent that a secondary name would fall if news of one competitor is extremely negative. Vitamin Shoppe’s shares were last seen down 4.2% at $31.57, with a new 52-week range of $31.20 to $49.04.