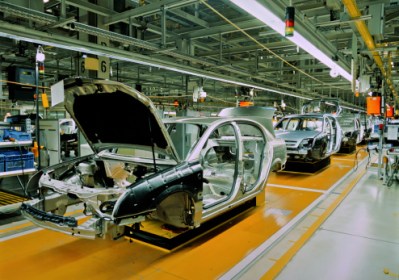 Source: Thinkstock
Today’s report from the Fed on industrial production and capacity utilization for October is yet another report that is marred by the impact of the hurricane hitting at the end of the month. Let’s at least hope that the storm affected the report.

Industrial production fell by 0.4%, versus a 0.2% gain in September. Capacity utilization fell to 78.2% from 78.2% in September. On industrial production, Dow Jones and Bloomberg were each calling for a gain of 0.2%. On capacity utilization, Dow Jones was looking for 78.3% and Bloomberg was calling for 78.4%. It is important to realize that this is a national number, but the estimate by the Fed was that production was hit by 1%. It is fairly shocking that the economists themselves missed the marks so bad here.

What is a long-term concern here is one that the media just does not cover enough. It lends itself to weaker employment, weaker production, weaker demand and more … only to be followed by more of the same. If you look at our chart on capacity utilization going back 40 years (from forecastchart.com) you will see what this concern is. In the 1990s the range was generally 82% to 85%. The the recession in the early 2000s set the range at 75% to 80%. In the aftermath of the great recession the new range is now 75% to 80%. The last time we operated above the 80% mark was June of 2008. Even though we are in recovery now, the new normal shows that our factories are only operating at what used to be the prior recessionary levels if you look at the long-term table. 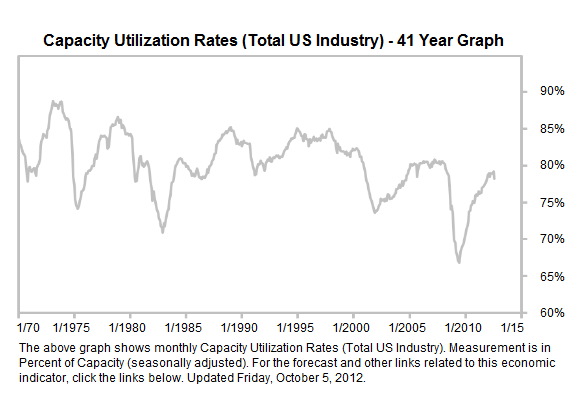 COVID-19: This Is the Worst State for Giving 2 Vaccine Doses

Half of COVID-19 Variants Are in These 4 States, CDC Says