Black Americans Paid Less Than Whites Regardless of Education Level

A new study from the Economic Policy Institute found that, no matter what the level of education attainment, black Americans are paid less that whites.

According to the data:

While the economy continues to improve and wages are finally beginning to inch up for most Americans, African Americans are still being paid less than whites at every education level.

In fact, since 1979, the gaps between black and white workers have grown the most among workers with a bachelor’s degree or higher—the most educated workers. More school will certainly increase wages, but education alone is not enough to overcome the effects of racial discrimination in pay. 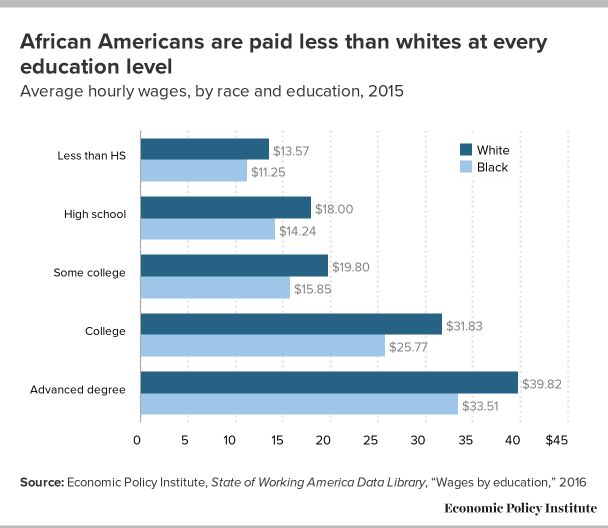