The 7 Countries That Create the Most American Jobs

U.S. international trade supports 39 million American jobs, about one of every five. The proportion has doubled since the original North American Free Trade Agreement (NAFTA) was signed in 1992 by Canada, Mexico and the United States.

The two U.S. partners in NAFTA alone support some 12 million American jobs, according to a new study by Trade Partnership Worldwide and issued Monday by the Business Roundtable. Every U.S. state has realized net employment gains directly attributable to trade and international trade has a net positive impact on both U.S. services and manufacturing jobs.

U.S. exports have risen by an annual average of 5.5% over more than the past two decades and now contribute about 27% of total U.S. gross domestic product. Goods exports account for nearly 70% of the total and services account for the rest. 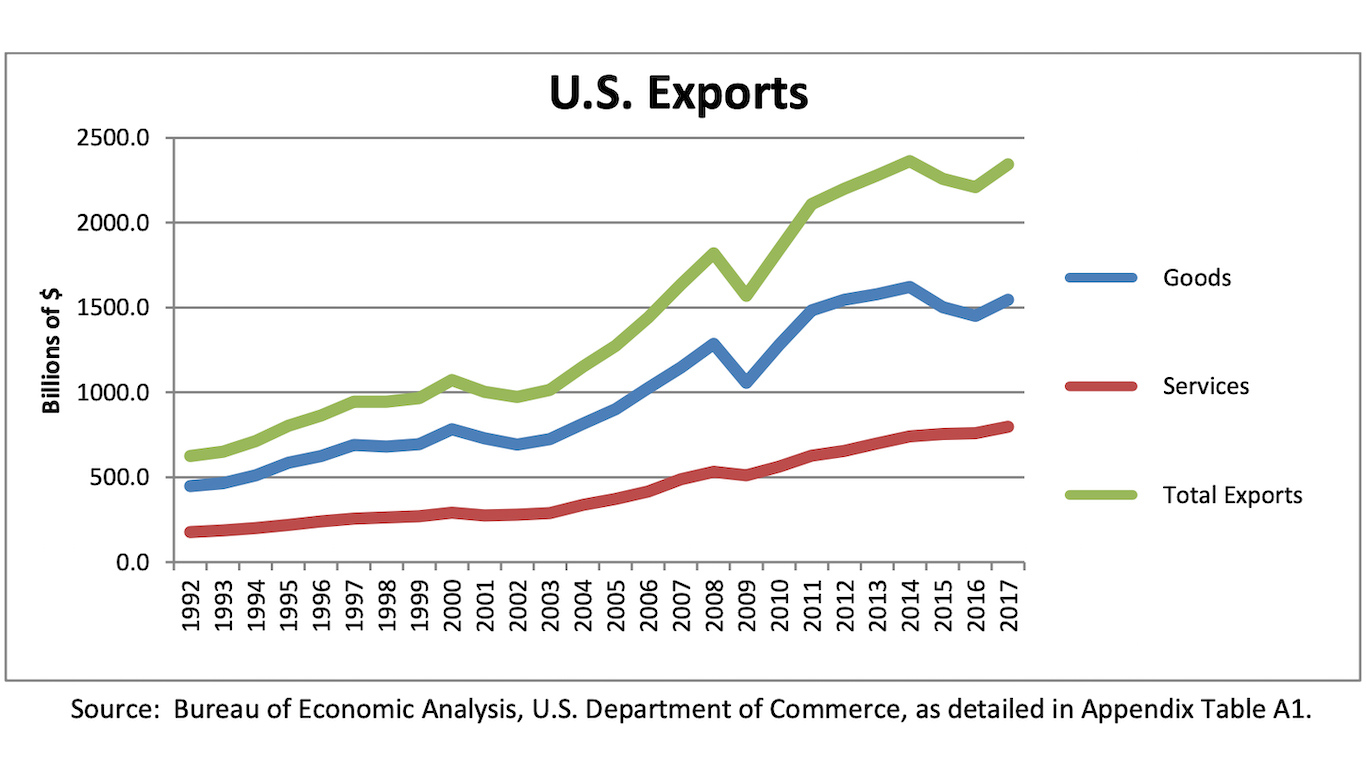 These totals do not include U.S. weapons and military exports. The United States supplies arms to at least 98 nations and is the largest supplier to 20 of the 40 largest arms importers in the world. In 2017, total U.S. arms exports rang up $12.49 billion in sales. See our report on the 25 leading buyers of U.S. arms over the past decade.

Using that definition, jobs related to U.S. trade supported a net increase of 34.95 million jobs in the services sector and 1.78 million manufacturing jobs in 2017. Trade also supported a net increase of 1.5 million U.S. jobs in agriculture, forestry and fishing. The only sector showing a net decrease was energy (mining and utilities), with a net loss of 547,000 jobs primarily due to continued imports of crude oil and petroleum products.

Looking at America’s seven largest trading partners, here’s how many trade-related jobs each contributed to specific sectors in 2017 expressed as increases since 1992.

The full report is available at the Business Roundtable website.