According to InvestorWords, an inverted yield curve is:

According to InvestorGuide, an inverted yield curve is:

A situation in which long-term debt instruments are returning a lower yield than short-term notes, resulting in a downward tilting yield curve. An inverted yield curve is generally seen as an indication that investors foresee an economic Downturn. Compare to normal yield curve.

Anyhow, we wanted to show how the current yield curve inversion looks using more numbers on a Treasury table rather than a series of plots and curves.

If the Federal Reserve really wants to be more proactive in getting longer-dated yields higher, maybe it should consider using the high demand by investors in the bond market to unload more of their longer-dated Treasury holdings.

Below is the Treasury table from the Daily Treasury Yield Curve Rates: 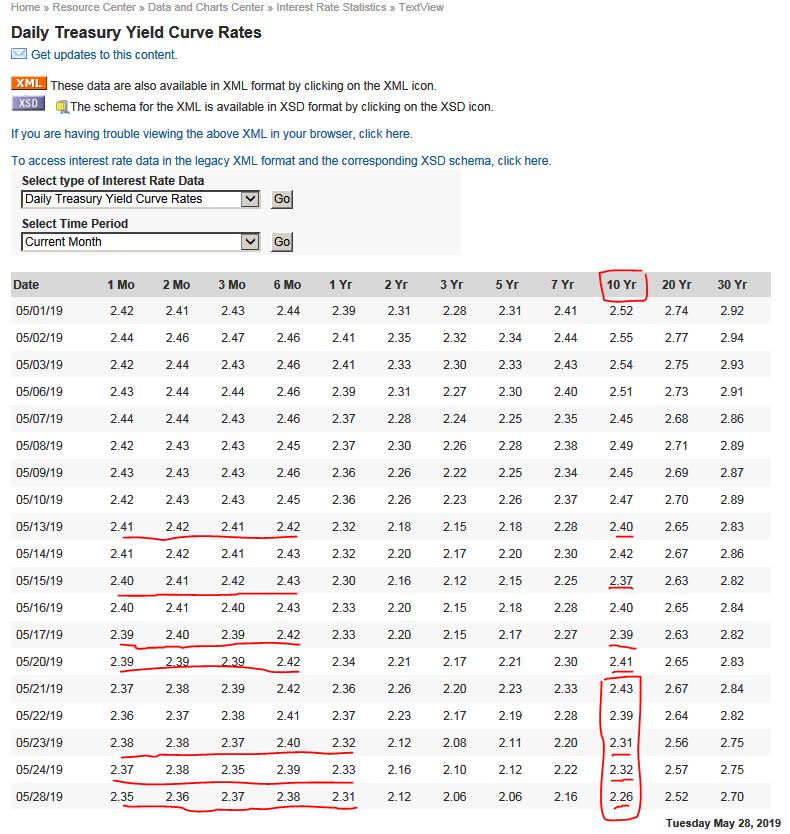 ALSO READ: Should MSCI & Russell FTSE China Allocation Gains Have Been Delayed During Trade War?
Get Our Free Investment Newsletter