The Nuclear Renaissance Is Here 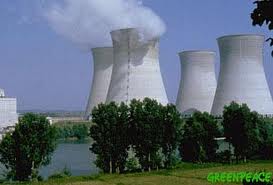 If Germany, where most of the public hates nuclear power,  plans to extend the life of its nuclear reactors, the world has entered a new atomic age.

In fact, more than 150 reactors with a total net capacity of almost 170,000 megawatts are planned and over 340 more are proposed, according to the World Nuclear Association.    There are proposals for 2o new reactors and as many as 8 are expected to be on-line by 2020.

Under the proposal by German Chancellor Angela Merkel, “seven reactors built before 1980 will be allowed to operate for eight years past the current 2022 deadline to phase out nuclear power, set by a previous government, and 10 newer plants may operate up to 14 years longer,” the Wall Street Journal notes.   Green are horrified because they fear — with some justification — that these deadlines will be extended ad infinitum.

With natural gas prices remaining high and continued pressure from governments to crack down on greenhouse gas emissions, the allure of nuclear power only grows stronger.   Moreover, U.S. power plant owners were able to refinance their debt at lower interest rates making reactors more competitive than they ever have been in their history.  The Nuclear Regulatory Commission has approved 126 uprates totalling some 5600  megawatts since 1977, a few of them of up to 20%.

Even ancient plants are getting new leases on life.  In February, President Barack Obama announced the U.S. government would offer $8.3 billion in loan guarantees to build the first new American nuclear reactors in more than three decades.  France is already in the forefront of the industry ,obtaining more than 75 percent of its power from reactors.  The percentage in Germany is 28 percent and 20 percent in the U.S.

American nuclear plants have gained favor for years. Last year, the NRC extended the license of Exelon Corp.’s (NYSE: EXC) Oyster Creek plant in New Jersey,  the oldest U.S. commercial reactor, by 20 years.  Chicago-based Exelon is balking at efforts by state regulators to mandate that cooling towers be built.  A deal will probably be worked out because there is too much money at stake.

As Germany illustrates, there is no nirvana when it comes to energy sources. Any country serious about cutting greenhouse gases has no other alternatives but to consider nuclear.  The one caveat is that the industry has to be tightly regulated.  Too often lax management has lead to bad outcomes for shareholders and consumers.  That’s one reason German plan faces legal challenges.

Let’s hope the industry has learned its lesson in its latest rebirth.