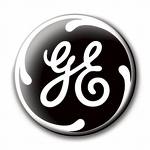 In a continuing quest to poke its nose into all things alternative, General Electric Co. (NYSE: GE) has made an investment in solar thermal developer eSolar, Inc. The amount of the investment was not specified, but GE plans to license and incorporate eSolar’s technology into what it calls Integrated Solar Combined Cycle (ISCC) projects. This is a powerful concept, but it may be a difficult sale in the real world.

Another eSolar investor is Google Inc. (NASDAQ: GOOG), which made an initial $10 million investment in the solar firm in 2008. Google has also put $168 million into another solar thermal maker, BrightSource Energy, Inc., which recently filed for an IPO.

The idea behind GE’s investment and its ISCC technology is to leverage its new FlexEfficiency 50 gas-fired, 510-megawatt power plant design. The company introduced the new plant last month as a fast-reacting plant that could be used in conjunction with wind- or solar-powered generation to smooth out the intermittent nature of those forms of power production.

Due to the intermittent nature of solar generation, utility-scale solar thermal and solar PV installations couldn’t be relied upon to deliver baseload generation. The eSolar/GE ISCC technology seeks to change that. eSolar’s thermal tower would generate electricity when the sun is shining, and the GE gas-fired plant would generate electricity at night or when clouds hide the sun.

eSolar’s Sierra SunTower project is designed to generate 5 megawatts of electricity from 20 acres of land in southern California. In order to justify the cost of adding the GE FlexEfficiency plant, the solar project would need to be 100 times larger. For 500 megawatts, the solar plant would require 2,000 acres, or more than 3 square miles. The Ivanpah project that BrightSource plans to build in southern California’s Mojave Desert will generate 392 megawatts on 3,600 acres, or nearly 6 square miles of land.

The acres required to build these solar thermal plants virtually guarantee that none will be built anywhere near population centers. The plants will be scattered around the sunlit southwestern US, where environmental issues related to the delicate desert ecosystem could delay or kill any project. BrightSource continues to have difficulties getting a construction permit because of a threat to a rare desert tortoise.

When GE announced its new plant the company also said that it would introduce them first in Europe. GE said that regulatory uncertainty and lack of demand for new gas-fired generation were the reasons for going first to Europe. A better reason may be that in some European countries, like Denmark, the small gas-fired plants may be readily accepted because of a country’s experience with distributed generation.

In the US, baseload power generation tends to come from large coal-fired plants. Changing that model will take time, and probably lots of it. GE has the resources to experiment, and the experiments will go beyond large solar thermal installations. These may be good places to start, but it is unlikely that solar thermal towers is where the ISCC technology will end.