Should Goldman Sachs Have Added Exxon Mobil to the Conviction Buy List? 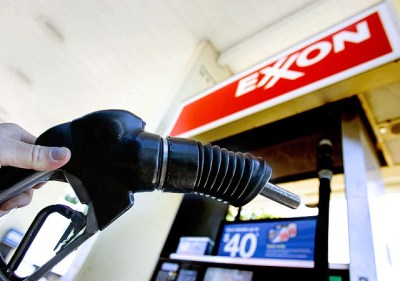 Source: coutesy of Exxon Mobile Corp.
Exxon Mobil Corp. (NYSE: XOM) is one of the standout oil stocks on Wednesday. The reason is not the dollar or higher oil prices, nor is that oil is looking favorable. This stock stands out above the rest because Goldman Sachs added Exxon Mobil to its prized Conviction Buy List.

Most long-term investors would argue that Exxon Mobil’s big sell-off has turned it into a very strong value stock based upon its history. Still, some oil and gas watchers are fearful that the good old days of $100 oil and high profits from black gold are over.

What is interesting about this upgrade is that Goldman Sachs already had a Buy rating on Exxon Mobil. This was also after Exxon Mobil closed at $81.66 the prior day. Goldman Sachs was negative on oil in general on Wednesday’s analyst call. A call like this matters to 24/7 Wall St. because this was recently again named to our own 10 Stocks to Own for the Next Decade.

What some investors will want to consider on this new Conviction Buy List call is that this is effectively a double-down analyst call. Exxon Mobil was started as Buy at Goldman Sachs just this March, and at that time it was given a $97 price target when shares had closed at $85.63 on the prior close and after they shares quickly had slid to $83 or so after a 10-day price decline. The price target on this new Conviction Buy call was put at $95.00.

Another issue to consider here is that not even the mighty Exxon Mobil is immune to the daily whims of oil prices. As well respected as Goldman Sachs is in its outlook, the reality is that the firm’s analysts have the same issues as the rest of the world – predicting the direction of oil and gas prices is just very difficult to do accurately through time. Quite simply, there are too many influences on the price of oil and even the best oil executives in the world have a hard time guessing on whether the price of oil is too high or too low versus the months or years ahead.

If you go back even further in time, to mid-December of 2013, Goldman Sachs had raised Exxon Mobil to Buy from Neutral and its price target was raised to $109 from $96 at that time. This was also after Warren Buffett and his new portfolio managers had made a big investment into Exxon, which Buffett and his portfolio managers rapidly exited out of. At the time of that analyst upgrade, Exxon Mobil shares were trading around $98.00 after the call but that was also long before the oil price tank took place.

The aim here is not to bash an analyst for a new opinion or a reinvigorated opinion. In fact, this call should probably highlight to long-term investors just how much value there might be in Exxon Mobil in the years ahead now that the share price has been battered. Still, picking the ultimate direction of oil prices is a very hard game to win at – and Exxon is not immune to oil prices.