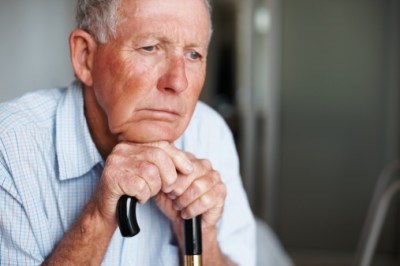 The initial results would seem to create a mixed view of the road ahead to FDA approval. Or has it? There may be a safety concern around aducanumab regarding toxicity.

Biogen’s 6-mg dose fell short of statistical significance in the Mini Mental State Examination (MMSE) and the Clinical Dementia Rating Scale Sum of Boxes. The drug did worse than the 3-mg arm on the MMSE rating and did not show much difference on the other score.

For perspective as to why anything but great news is creating concern, Biogen had created a lot of enthusiasm around its Alzheimer’s prospects earlier this year. The lower dose and a higher dose were shown to have initially given positive results. A higher dose of 10 mg even showed statistically significant improvements on the rate of decline for the cognitive and functional measures, while the lower dose was not as statistically significant.

One issue here is that investors have chased anything that resembles positive data in the fight against Alzheimer’s disease. The reason is simple enough: any real improvement from an Alzheimer’s drug would generate mega-blockbuster results.

The question is what the opportunity is for Biogen. The company’s chief medical officer remained upbeat due to strong Phase 1 data from earlier this year. It also has said that the results were from a very small study group with some changes in PET imaging rather than actual outcomes. Biogen also maintained that its dose-dependence did achieve statistical significance for both scales.

Another issue to consider is that Biogen’s Phase 3 study is already underway, and this is for a study of some 1,350 patients over the next five years. That being said, it is going to be quite some time before Biogen has any real data in larger studies through time. The company’s press release gave the following data:

Consistent with previously reported results, the 54-week data from the 6 mg/kg arm demonstrated a statistically significant reduction of beta amyloid in the brain. In exploratory analyses, the 6 mg/kg dose showed an improvement in the slowing of clinical decline, as measured by the Mini Mental State Examination (MMSE) and Clinical Dementia Rating sum of boxes (CDR-SB) scales, which was not statistically significant. In a pre-specified analysis across placebo and all doses of aducanumab, the slowing of clinical decline was shown to be dose-dependent, and this dose-dependence achieved statistical significance for both scales.

ALSO READ: 7 Bizarre Medical Treatments Back in Use

Piper Jaffray downgraded Biogen to Neutral from Overweight and with a target price cut to $410 from $485. Merrill Lynch maintained its Buy rating and has a $466 price objective.