Lumber Prices Have Crashed On Weak Outlook For Builders 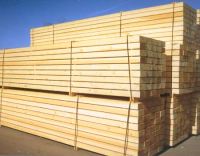 On May 17th and May 25th, the Chicago Mercantile Exchange stopped trading in lumber futures because the contract price had fallen by the maximum allowable amount of $10. On the 25th, lumber was halted at a price of $225/thousand board feet, which is the price that the contract opened at again this morning. The July contract is trading now at $234. Since April 21st, the contract price is down more than $100.

This price drop will have an impact on the four large US lumber companies, Weyerhauser Co. (NYSE:WY), Leucadia National Corp. (NYSE:LUK), Masco Corp. (NYSE:MAS), and Louisiana-Pacific Corp. (NYSE:LPX) as well as paper makers International Paper Co. (NYSE:IP) and Fibria Celulose S.A. (NYSE:FBR). Nor is this good news for the rest of the year for homebuilders such as Toll Brothers Inc. (NYSE:TOL), KB Home (NYSE:KBH), Lennar Corp. (NYSE:LEN), or PulteGroup Inc. (NYSE:PHM).

Traders believe that the homebuilders and paper makers, especially, are not buying in anticipation of even lower prices to come. The rush of buyers into the market in March and April was due to the expiration of the federal homebuyers’ credit on April 30th. That is expected to kill demand for new homes in the near-term, keeping the market for new homes soft for the next six months.

Just a few months ago, builders faced lumber prices that were rapidly rising, threatening their margins. With lumber above $300/thousand board feet, about $1,400 would have been added to the cost of new house. In a soft housing market, builders were confronted with the nasty choice of eating the higher cost or risking a rise in price.

Now that prices have fallen, the belief is that demand for new houses has declined and the builders don’t need to buy more. Suppliers, like Weyerhaeuser and Louisiana-Pacific were already planning for softer lumber prices in the current quarter which will weigh on profits.

Here’s a chart of the DJ US home construction index for the past 3 months:

Paper companies were already expecting a boost in demand this year, following five years of declines. The demand for corrugated and paperboard boxes for items like food and beverages is the main driver of the better forecast. Corrugated and solid fiber boxes account for more than 70% of paper good shipments.

In its quarterly earnings report, International Paper suffered from the high wood prices, but noted that its costs were moderating, that prices would rise because demand was up. As long as supplies are readily available, the paper makers should see improvement in profits and revenues.

Here’s a chart of the DJ US forestry & paper index for the past 3 months:

When you see the two charts together, the two paths they trace are almost identical. Lumber, home construction, and paper making are all dancing to the same tune. And that tune is concern about the US economy in the second half of 2010.

The end of the homebuyers tax credit, the almost invisible recovery in employment, tight consumer credit, and the lower predicted effects from last year’s $787 billion economic stimulus package are all going to weigh down the second half of the year.

Today’s market rebound, now up more than 2%, is almost entirely due to China’s denial of a rumor that it would no longer invest in European debt. Oil prices are rising again, to more than $74/b. The shares of the lumber companies mentioned in this article are up between 1.5% and 4.5%. International Paper shares are up about 3% and FBR shares are up more than 8%. Pulte is up about 2.5% and the other homebuilders are up less than 1%.

Today’s advancing stocks number 8x more than decliners on the first bit of good news in over a week. Prospects for the second half of the year are not as rosy.