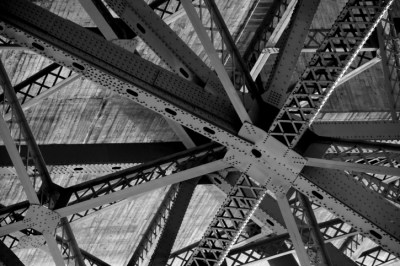 Source: Thinkstock
After spending almost a trillion dollars in stimulus money following the market meltdown and Great Recession that started in 2008, the American taxpayer did not get a whole lot for their money. Many people felt at the time that any stimulus money should be directed at fixing and maintaining our crumbling national infrastructure. Finally, after five long years, and very little bang for our stimulus buck, the administration in Washington D.C. appears to be arguing for an infrastructure build out to coincide with an effort to create jobs. In a research report out today, analysts at UBS A.G. (NYSE: UBS) have come away from their recent engineering and construction conference very optimistic about business conditions.

The companies that presented at the UBS conference expect business conditions to continue improving over the next 12 to 18 months, and some were very enthusiastic about 2014 and 2015. That said, the UBS team sensed investors are a bit more optimistic regarding certain elements of the recovery, relative to what some companies would acknowledge (pricing, timing, resources). Some of the participants cited slight increases in multipliers and salaries, while others cited flat pricing and high levels of competition.

As we reported yesterday, the pipeline outlook, especially anticipation of approval for the Keystone XL, was consistently positive. U.S. chemicals were also a focus, with at least one ethylene cracker expected in 2013 and possibly additional construction. Additional areas of optimism also included construction for health care, education, sports venues and hospitality/gaming.

The team at UBS highlighted eight stocks that will benefit from not only infrastructure spending, but general economic improvement, as well as isolated projects like rebuilding from Superstorm Sandy. The following are those eight stocks.

Swiss giant Foster Wheeler A.G. (NASDAQ: FWLT) is the only foreign firm to make the UBS list. The consensus price target is $27.

Jacobs Engineering Group Inc. (NYSE: JEC) has approximately 200 offices located around the world, and this construction leader may benefit even more with their global presence. The consensus price target is $56.

Quanta Services Inc. (NYSE: PWR) is one of the companies expected to see a large benefit from the construction of the Keystone XL oil pipeline. The consensus price target is $33.

URS Corp. (NYSE: URS), based in the San Francisco Bay area, specializes in power grid related design and construction. The consensus estimate is $51.

The final name on UBS list of engineering and construction companies poised to show growth and profitability in the coming years is Willbros Group Inc. (NYSE: WG), which caters to the oil and gas industry. Its consensus price target is $8.50.

The key for investors is to remember that the infrastructure build out, and the additional projects on the drawing board both here and abroad, provide a tailwind for not just this year, but well into 2015. That could provide solid earnings and profits and support long-term stock price appreciation.