The 11 Companies That Will Rebuild America's Aging Infrastructure 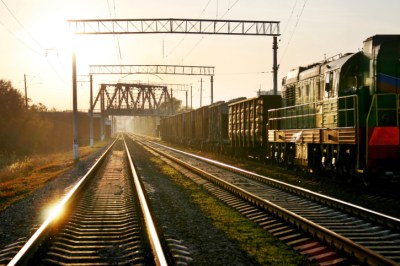 Source: Thinkstock
A report this week from the American Society of Civil Engineers shows just how bad the state of infrastructure in the United States is and how much spending is needed in the next decade to get it back up to par. According to the report, $2.75 trillion needs to be invested in America’s infrastructure by 2020. The ASCE believes that the spending shortfall in this period will come to $1.1 trillion, and will have dire consequences: some $3.1 trillion in lost gross domestic product; about $3,100 annually lost in disposable income per household; some $1.1 trillion lost in total trade; about $2.4 trillion lost in consumer spending; and, worst of all, a loss of about 3.5 million jobs.

24/7 Wall St. wants to know which American companies could stand to benefit if a real infrastructure investment were made. The ASCE says that the spending gap will only get worse over time, with a $4.7 trillion shortfall by 2040. This leaves a massive opportunity for U.S. and North American infrastructure firms for capital investments in airports, seaports and waterways, road and rail, and electricity. The ASCE projected that, unless we invest another $157 billion per year for the next seven years, the cost to U.S. GDP over that period will be $3.1 trillion. That total opportunity would generate close to a 3:1 return on investments, versus expenses using simple math.

While members of ASCE, which represents 140,000 engineers, would benefit from an increase in infrastructure spending, that does not change the fact that the U.S. infrastructure is crumbling. A review of the country’s roads, bridges, highways, water systems, power grids makes that clear. Whether or not the ASCE is fluffing its feathers, it is obvious that America’s infrastructure is nowhere near where it needs to be.

As far as which companies will win, there are many. It has been almost two years since our last review of this issue and much has changed. The old Build America Bonds program from 2009 to 2010 has effectively come and gone. But what if a new program could somehow be kicked off? Printing money has not exactly added millions of jobs, but spending on infrastructure projects surely would.

With close to a 3:1 ratio in gains versus expenses, these existing infrastructure giants could reap huge rewards if any of this investment shortfall is targeted. We do question how much can be spent in the age of austerity, and when the U.S. debt clock now stands at $16.5 trillion, but political math is often very different from the real economic math you may have learned in college. Our outlook on key infrastructure players has ranked 11 companies in alphabetical order. Revenue projections have been taken from Thomson Reuters for the calendar or fiscal year 2013. We have also included notable projects and shown whether these companies pay a dividend for income investors.

If investors are looking for an infrastructure play, these are the American companies that could benefit most from rebuilidng America. While there are many more companies in the industry, they are either too diversified or too focused for the scope of a broad infrastructure review.

These are the 11 companies that will rebuild America’s aging infrastructure.

AECOM offers architecture and engineering design services. It services the transportation, environmental and energy sectors, and it also serves key infrastructure projects such as highways, airports, bridges, wastewater facilities and power transmission and distribution. AECOM has a market value of about $2.7 billion, which is lower than the $3.5 billion featured in 2011. Its expected 2013 revenues are about $8.3 billion and it has roughly 45,000 employees around the world.

B&W is based in Charlotte, North Carolina, has close to 13,000 employees, and designs, engineers and offers other services to power generation and environmental control systems for large utility and industrial customers. It also manufactures and supplies nuclear components and fuels for government and commercial uses and supplies services for building and maintaining power facilities. B&W is worth $3.1 billion in market capitalization, and its revenue is expected to be about $3.5 billion this year.